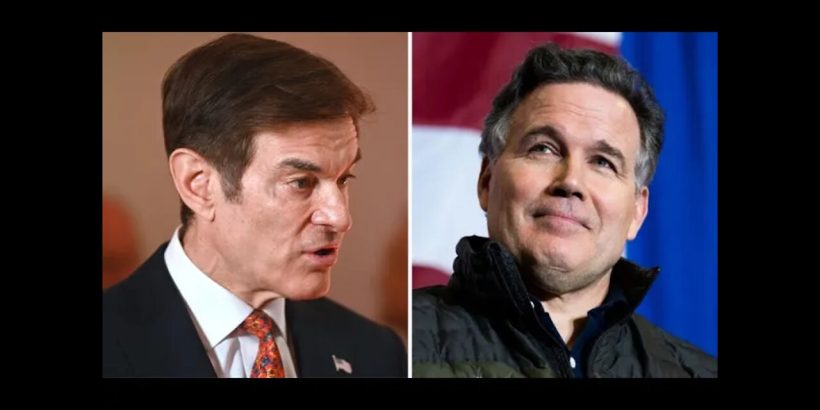 The Republican primary race for Pennsylvania’s open U.S. Senate seat is still too close to call as of Thursday.

An election tracker from The New York Times reports that 98% of the expected vote has been counted.

As of Thursday afternoon, Oz has 31.2% of the vote and McCormick has 31.1%. Conservative commentator Kathy Barnette is sitting at 24.7%.

The most likely outcome is that this race is headed for a recount.

Both Oz and McCormick acknowledged that a winner wouldn’t be determined on Tuesday night.

“We’re not going to have a result tonight,” Oz told supporters, predicting that “after the votes are tallied, I am confident that we will win. We are making a ferocious charge.”

Oz made a point to thank Trump first during his speech.

A report from Politico speculates that we are likely headed for a recount on May 26.

“With just a few tenths of a percentage point separating Mehmet Oz and Dave McCormick in Pennsylvania’s GOP Senate primary, it may be weeks before we know who won. There are still thousands of votes left to be counted — largely absentee ballots that will be processed slowly in the coming days,” the report stated.

“And once those votes are tallied, the race is likely headed to a recount — a process that could drag into early June, according to state law,” the report stated. “Pennsylvania law requires an automatic statewide recount if the top two candidates in a race are within half a percentage point of each other, which Oz and McCormick currently are. The secretary of state will make that determination by ‘the second Thursday following the day of the election,’ which would be May 26.”

“The recount would be run by the individual counties, and it would have to start no later than June 1 and be completed by noon on June 7. Counties would have to submit results to the state by June 8. (Non-recounted races need to be certified by June 6,” the report continued.

“Recounts rarely change the results of elections, even incredibly close ones. Races with margins even in the low thousands usually hold. But in the closest of elections, small shifts in the corrected count can have an effect on the eventual winner,” Politico reported. “The Associated Press will generally not project a winner in races that could go to or are actively in a recount. Instead, the news service will wait for official results.”

Trump’s endorsement of Oz changed the course of the U.S. Senate given the former television star surged in the polls after Trump backed him.

“I would not have told you, you know, a week ago that we were in a position to win convincingly,” Vance said in an interview last week. “I felt pretty good about the race a week ago, but now I feel very good about it.”

“Dr. Oz, who has been endorsed by Trump, is seen as the most stalwart backer of the former president. Overall, 54% call Oz a strong supporter of Trump versus 20% who say he is not a particularly strong supporter. Opinion is more divided on the Trumpian loyalties of McCormick (30% strong to 23% not strong),” the press release continued.

“Most GOP voters are aware of Trump’s endorsement in this race. While 69% say this has not changed their opinion of Oz, 22% say it does make them feel more favorably toward him compared with 8% who feel less favorable,” the release adds.