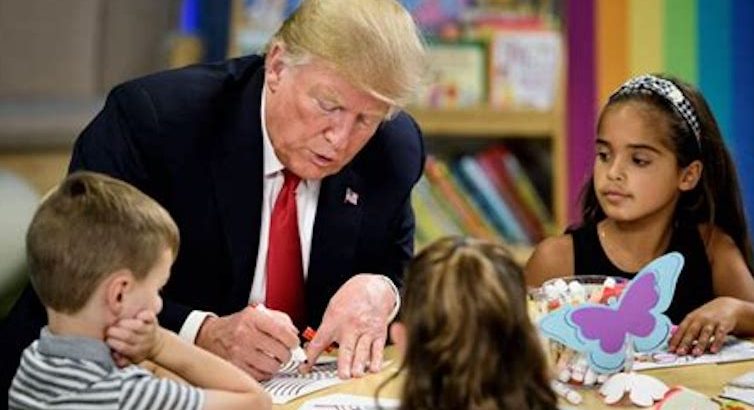 Student/Teacher Reunion May Be A Class Act 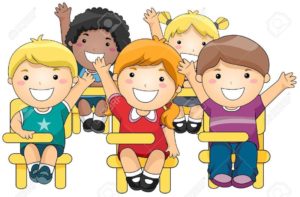 President Trump announced yesterday he would like to see schools open up ahead of graduations this year, rather than wait until the beginning of next year. With Covid numbers in decline among adults, Trump is confident moving forward into a phase of opening schools could be a good thing for our economy.

Everyone is ready to get their lives back. Since we now are so much more educated on the virus, fear is diminishing, confidence is building and our hearts and minds will be full again.

President Trump brought back our economy once, he’ll do it again. For him, it’s as easy as A-B-C!

President Donald Trump on Sunday again called for reopening schools in the United States, saying that “very good information” has been made available to help schools make that decision.

The president’s comment come as school districts across the country prepare to open their doors again, after educators and families went to great lengths to make sure students continue learning while at home over the past months.

“Schools in our country should be opened ASAP. Much very good information now available,” Trump wrote on Twitter, indicating that he wanted schools to open before the end of this school year wherever possible, instead of waiting until the next school year.

He also tagged Fox News and host Steve Hilton, who discussed on his program about whether it was safe for schools to reopen as the CCP (Chinese Communist Party) virus pandemic still poses a threat to the country.

“If children can’t go to school, parents can’t go to work,” said Hilton, citing a study conducted by Icelandic company deCODE genetics, which has been studying the CCP virus with Iceland’s health authority and top medical school. The April 14 study suggests that children under 10 are less likely to be infected than adults and if they get infected, their symptoms appear to be less severe than those in adults.

“We’re talking about a handful of cases, which are almost always treatable,” Hilton said, referring to recent news coverage of a potentially dangerous inflammatory syndrome that may be related to COVID-19 in children.

Trump has repeatedly called on school districts to reopen, as children and young people seem to be much less affected by the virus.

“I would like to see schools open, wherever possible,” he said earlier this month during an Oval Office event. He went on to recommend caution when it comes to teachers who are over 60 years old or have preexisting health conditions like diabetes.

“I think that they should not be teaching school for a while, and everybody would understand that fully,” said the president, shifting back to students. “We see how well children seem to do, it’s incredible. You realize how strong children are, right? Their immune system is maybe a little bit different, maybe it’s just a little bit stronger, or maybe it’s a lot stronger.”

Trump reportedly told governors in April to consider reopening schools before the end of the academic year. “I think you’ll see a lot of schools open up, even if it’s for a very short period of time,” he said, reported the Associated Press.