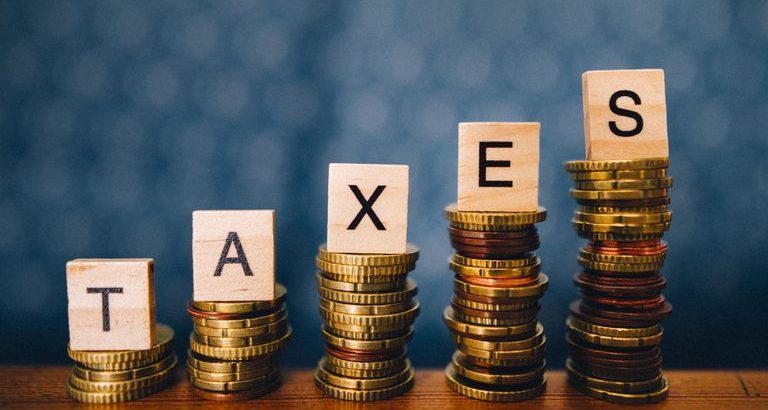 Most Americans say they’re being taxed too much and oppose any new taxes, according to two new polls, which come as the Biden administration mulls funding options to pay for big-ticket programs.

Rep. John Garamendi (D-Calif.) confirmed in an interview with the Sacramento Bee that Biden is considering raising the excise tax on fuel and possibly a carbon tax to help pay for the infrastructure plan, which so far has no official price tag, but which analysts have projected at between $2 trillion and $4 trillion.

Biden himself confirmed in a recent interview that he is looking to raise taxes.

But appetite among Americans for any new taxes—regardless of spending goal—is flagging, according to a new Just the News/Rasmussen poll. It shows that 52 percent of U.S. respondents said they oppose raising taxes at the present time.

Raising taxes for infrastructure spending got the most support (28 percent), followed by initiatives that would reduce climate change (19 percent), with deficit and debt reduction coming last (16 percent).

A second poll, carried out by Rasmussen, sought to gauge whether Americans feel they are paying “their fair share” of taxes.

“Compared to people who make more or less than you, do you pay more than your fair share of taxes?” respondents were asked, with 51 percent of American adults indicating they believe they are paying more than their fair share of taxes. The percentage of Americans who feel overtaxed is down from 59 percent last year, which was the highest level since 2008 of people saying they’re being taxed too harshly.

The Rasmussen poll also showed that just 27 percent of Americans said they don’t believe they’re paying more than their fair share of taxes, while 22 percent said they’re not sure.

It comes as Biden has vowed to get Democrat votes for a tax hike, including a corporate tax cut rollback and an increase in taxes on wealthier Americans.

“Anybody making more than $400,000 will see a small to a significant tax increase,” Biden said when asked by ABC News’ George Stephanopoulos if he would raise taxes on higher earners who benefited from former President Donald Trump’s tax cuts.

When asked if he would get any Republican support for his tax plan, Biden replied that he “may not get it.”

“But I’ll get the Democratic votes for a tax increase,” the president said. “If we just took the tax rate back to what it was when [George W.] Bush was president—the top rate paid 39.6 percent in federal taxes—that would raise $230 billion.”

Biden’s proposed tax hikes may be part of the infrastructure bill, which has already received pushback from Senate Republicans, who expect Democrats to craft the bill with reconciliation—the budget process that would let it bypass the 60-vote legislative filibuster.

McConnell said he expects Democrats to use budget reconciliation, as they did the $1.9 trillion pandemic relief package, which cleared the Senate with zero Republican support.

“They have one more of those available to them, and my suspicion is they will try to jam everything they can into that bill and call it an infrastructure bill,” McConnell said. “I fully expect that’s what they’ll try to do, and that’s because I don’t think there’s going to be any enthusiasm on our side for a tax increase.”