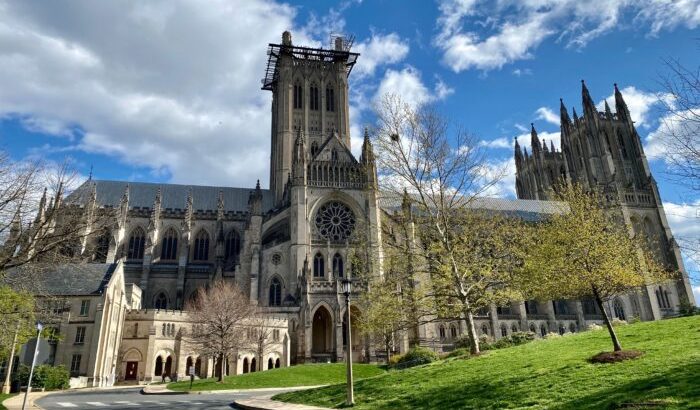 Local governments are being scrutinized for religious discrimination

Worshipers were indeed practicing social distancing by remaining in their own cars, until law officers exchanged tickets and used pens through car windows for signature. Gathering for worship inside their own cars seemed safe, yet the aftermath of a $500.00 fine was at best, unsettling.

The Department of Justice has stated it may look into the constitutional rights violations of Christians. If cases like these Mississippians and others, being fined for gathering during this pandemic, and if it is truly the exception to the rule of law under our constitution,  why didn’t our forefathers who signed the Declaration of Independence include this concept in this document? If anyone knew about pandemics and epidemics, our forefathers would, yet, they left it out. Why?

The Department of Justice (DOJ) on April 11 said it may take action this week against local governments that have cracked down on all forms of religious services amid the CCP virus pandemic.

“During this sacred week for many Americans, AG Barr is monitoring gov’t regulation of religious services,” DOJ spokesperson Kerri Kupec wrote on Twitter on April 11. “While social distancing policies are appropriate during this emergency, they must be applied evenhandedly & not single out religious orgs. Expect action from DOJ next week!”

Kupec’s statement comes as a number of officials across the United States have taken action to stop churchgoers from any form of gatherings to celebrate Easter.

Last month, New York City Mayor Bill de Blasio said at a press briefingthat “no faith tradition endorses anything that endangers the members of that faith,” adding that he would impose fines or potentially close down buildings of worship if services continued in the city that has in recent weeks become the epicenter of the U.S. COVID-19 outbreak.

“The NYPD, Fire Department, Buildings Department, and everyone has been instructed that if they see worship services going on, they will go to the officials of that congregation, they’ll inform them they need to stop the services and disperse.

“If that does not happen, they will take additional action up to the point of fines and potentially closing the building permanently,” de Blasio said, before encouraging churches across the city to “help people practice their faith in different ways, but not in groups, not in gatherings that could endanger people.”

Also on April 11 in Kentucky, Louisville Mayor Greg Fischer thanked local faith leaders for canceling their services and other events, and urged others to follow suit and stay at home, noting that social distancing had so far helped to prevent a surge in the number of cases of CCP virus. He then said that drive-in church services wouldn’t be allowed to happen under his watch, but his decision was later blocked from being enforced by a federal judge, who on April 11 issued a temporary restraining order on the ban, calling it “unconstitutional.”

Under U.S. law, the First Amendment guarantees freedoms concerning religion, expression, assembly, and the right to petition, and forbids Congress from restricting an individual’s religious practices. However, during these unprecedented times, churches throughout the United States are being encouraged to hold services via remote communication services such as Facebook Live and Zoom, in an effort to prevent the virus from spreading.

During an Easter blessing with Bishop Harry Jackson at the White House on April 10, President Donald Trump spoke about celebrating the Christian holiday as the United States is “engaged in a battle like never before,” noting that while “we will not be able to gather together with one another as we normally would on Easter, we can use this sacred time to focus on prayer, reflection, and growing in our personal relationship with God.”

The president also praised the nation’s brave doctors, nurses, and first responders who are fighting to save lives, adding that they are making “tremendous sacrifices to end this pandemic.” He asked Americans to “pray that God will heal our nation; to bring comfort to those who are grieving; to give strength to the doctors, nurses, and healthcare workers; to restore health to the sick; and to renew the hope in every person who is suffering.”

“Our nation will come through like never before,” he said.