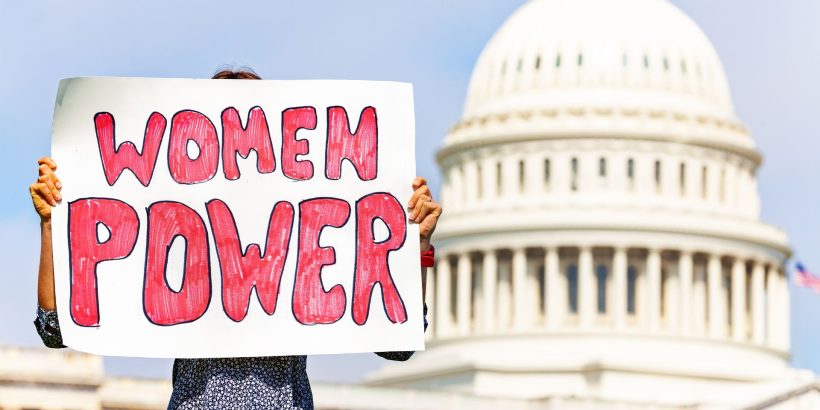 The Supreme Court heard oral arguments in Dobbs v. Jackson Women’s Health
Organization on December 1, 2021. Mississippi argued the Court should reverse Roe
and Casey and return the abortion issue to the states. After months of anticipation, the Supreme Court handed down the Dobbs decision on June 24, 2022. Justice Alito wrote the majority opinion of the Court, joined by Justices Thomas, Gorsuch, Kavanaugh, and Barrett. The majority held that Roe and Casey must be overruled and returned the issue of abortion to the people’s elected representatives. The opinion stated that “Roe was egregiously wrong from the start. Its reasoning was exceptionally weak, and the decision has had damaging consequences. And far from bringing about a national settlement of the abortion issue, Roe and Casey have enflamed debate and deepened division.”

The response to this decision has been polarized discourse with political predictability from the right and left, Republicans and Democrats, and pro-life and pro-choice camps, with each pointing a finger at the other. Additionally, women have many questions. They are worried about future pregnancies, particularly if they have complications, an ectopic pregnancy, or a baby with a birth defect. The amount of misunderstanding is to be expected with a ruling of this magnitude and the ability of anyone, with or without medical knowledge, to write what they want on social media.

So, how are we to move forward? Medical facts need to be understood and I will address those in my next column. More urgently, we need to make a personal decision to move the conversation forward constructively and with a charitable perspective of the opinions of those that disagree with us. To do that, it is obvious that we need a new framework to think, speak, and write about abortion. Charles Camosy, the author of Beyond the Abortion Wars: A Way Forward for a New Generation, challenges us to shift the current framework and “resist the lazy, false, and harmful idea that there are “two sides” to the abortion debate.” He does not believe the illusion that politics and the media often portray – that we are at a hopeless stalemate. He recommends that we reject the idea that we must choose between protecting babies and protecting mothers. I could not agree more.

Approximately 1 in 4 women in America have had an abortion, with an estimated 62,000,000 abortions since the landmark Roe v. Wade Supreme Court decision in 1973 that legalized abortion in our country. That means, at a minimum, sixty-two million women have experienced an unintended pregnancy and have been in the unimaginable position of believing that the best choice in front of them was to end the life of their very own child. I have been an obstetrician for 25 years and have yet to meet a single woman who was excited or happy about making that choice. Rather, she has felt trapped, alone, or coerced into a decision – believing in that moment that an abortion was indeed the best choice in front of her given the challenges and barriers she was facing.

So how do we support women so that ending the lives of their children does not seem like the best option? How do we start shifting the current framework and conversation about abortion?
We must change the mentality that abortion is needed for women to achieve liberty, freedom, and equality. This emphasis on the reliance of abortion legally dates to Roe but gained momentum in a statement made by Justice Anthony Kennedy in 1992 in the majority opinion of Casey in which he stated “for two decades of economic and social developments, people have organized intimate relationships and made choices that define their views of themselves and their places in society, in reliance on the availability of abortion in the event that contraception should fail. The ability of women to participate equally in the economic and social life of the Nation has been facilitated by their ability to control their reproductive lives.”

These ideas were repeated in the oral arguments by the Respondents and the Solicitor General in the Dobbs case who argued that for the last 30 years, since Casey, women have needed abortion and without it, people will be “inhibited from exercising their freedom to choose the types of relationships they desire, and women will be unable to compete with men in the workplace and in other endeavors.” Basically, saying that women rely on the ability to have an abortion to participate equally in our society.

This acceptance of the necessity of abortion for women to function in society was highlighted in the dissenting opinion of Breyer, Sotomayor, and Kagan in which they stated that “people
today rely on their ability to control and time pregnancies when making countless life decisions
…. and taking away the right to abortion, as the majority does today, destroys all those individual plans and expectations. In so doing, it diminishes women’s opportunities to participate fully and equally in the Nation’s political, social, and economic life.”

What is tragically accepted with this reliance argument is the death of another human being – the pre-born child. The reality of this should make us all feel uncomfortable because there was a time in our country in which our economy was built on the reliance of slaves and society had also organized itself around the notion that we needed slavery and justified it because black people were not seen as equal – not deserving of personhood as many believe about the pre-born child. It took the Court a long time, but finally, they realized how egregiously wrong their rulings had been in the past. Our Court now has recognized that Roe and Casey too were egregiously wrong and that we can empower women in our society without the reliance of abortion

Let’s stop accepting the “necessity” of abortion. It is a lie. To my female readers, you should be the first to do so. Do not accept that pregnant women and mothers are unable to function as persons in this society. I find that such an insult and goes against every feminist bone in my body. To be equal, I must be more like a man to succeed rather than embrace the uniqueness of being a woman? I reject that notion and hope all of you will do so also.

It is a fundamental biological reality that females get pregnant and deliver babies, males do not, yet this reality should not determine social arrangements. Bachiochi challenges the assumptions that pregnancy and motherhood undermine equality for women, stating that “abortion rights actually hinder the equality of women by taking the wombless male body as normative, thereby promoting cultural hostility toward pregnancy and motherhood.” The late Elizabeth Fox-Genovese, a prize-winning historian and women’s studies scholar at Emory University, has stated “to enjoy full dignity and rights as an individual, a woman must resemble a man as closely as possible. It is difficult to imagine a more deadly assault upon a woman’s dignity as a woman. For this logic denies that a woman can be both a woman and a full individual.”

Women, reject the radical notion that there are no differences between men and women. As author Laura Garcia reminds us, women have maternal instincts and are natural mothers, whether to their biological children or others. We touch lives through our ability to nurture and desire to help others reach their fullest potential. We are naturally concerned for the good of others. As Pope John Paul II said, it is through women that we can rehumanize a world dominated by hedonism and materialism, declaring that the contribution of women is “an indispensable prerequisite for an authentic cultural change, for replacing the culture of death with the civilization of love.”

Women, reject the culture of death that abortion is and replace it with a civilization of love – a society that evolves into one with a pro-care vision in which we love and value both the mothers, fathers, and their pre-born children. Women and men have complimentary roles and if hierarchical, it is because society has structured it that way. Let’s address these societal injustices and begin forming alliances based on common concerns such as workplace discrimination, adoption policies, subsidized daycare, maternal and paternal leave, paternal responsibility, violence against women, and much more.

Women, let’s be true to ourselves and listen to that God-given ability to love as no other can. Let that love begin with our pre-born children in this post-Roe era.

News stories researched and posted by our team of volunteer citizen journalists.