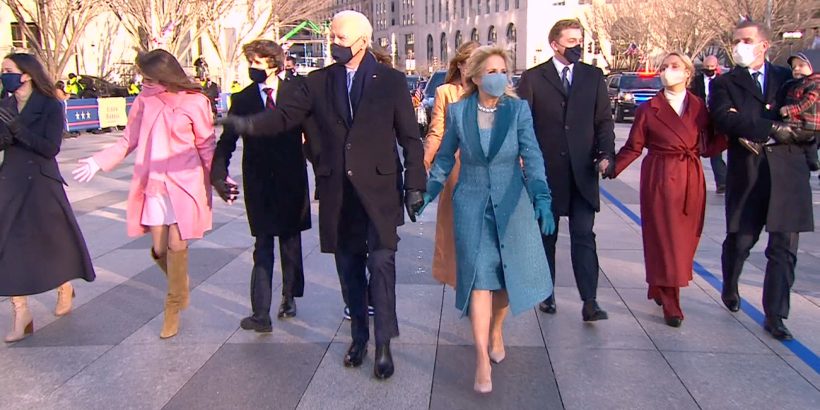 Conflicts of interest aside, the complexity and scope of the Biden corruption investigation exceed the capabilities of the Delaware U.S. Attorney’s Office.

The Delaware U.S. Attorney’s Office investigating Hunter Biden lacks the wherewithal and resources to adequately probe the dubious financial dealings of the Biden family and their business partners, according to three current or former Department of Justice officials.

“If any single one of the dozens of issues had been alleged about the Bush or Trump families, a special counsel would have been appointed immediately,” said one career official familiar with the probe. “[The Delaware office] needs help. There’s no way it can tackle everything it needs to, even if it tried.” Two other officials also expressed concern about resources available to the investigation, particularly given the political sensitivity and complexity of the underlying issues.

In March 2022, the New York Times reported that David C. Weiss, the U.S. attorney for Delaware, was overseeing the criminal investigation into Hunter Biden, noting that the probe may also involve the scrutiny of various other connected individuals and businesses. Sources told the Times that a grand jury continues to gather evidence “in a wide-ranging examination” of Biden’s international business dealings, with prosecutors considering charges for tax fraud, criminal foreign lobbying, and money laundering.

On July 8, Sens. Chuck Grassley, R-Iowa, the ranking member of the Judiciary Committee, and Ron Johnson, R-Wis., the top Republican on the Permanent Subcommittee on Investigations, wrote to Weiss, a second time, inquiring about the investigation. In addition to asking the attorney whether Nicholas McQuaid, a former associate of Hunter Biden’s criminal attorney and now the principal deputy assistant attorney general for the DOJ’s Criminal Division, had any involvement in the investigation, Grassley and Johnson sought assurances concerning the funding and scope of the investigation.

Those financial institutions should have relevant information related to Weiss’s criminal probe, the senators explained, referencing bank records introduced on the Senate floor establishing financial connections between James Biden (the president’s brother) and Hunter and the communist Chinese regime.

During floor speeches earlier this year, Grassley and Johnson displayed multiple records confirming the transfer of funds from top Chinese officials and various entities run by President Joe Biden’s family members, including one transfer of $100,000 from the Chinese-owned firm of CEFC and Hunter Biden’s firm, Owasco. Another wire transfer from communist-connected Chinese businesses totaled $5,000,000, with the proceeds reaching Hunter and James Biden through a variety of business organizations they controlled — a maze the senators walked people through on the Senate floor earlier this year, including Hunter Biden’s Hudson West III and James Biden’s Lion Hall Group. Other bank records established high-value transfers to James Biden.

Revelations of Hunter and James Biden’s profiteering from communist China represent but one aspect of the financial dealings of the duo. According to the New York Times, Hunter Biden’s joint global equity firm, the Bohai Harvest Equity Investment Fund, helped arrange the purchase by a Chinese mining company of the world’s largest cobalt source in the Congo. “Hunter reportedly launched that new joint enterprise with Chinese business partners less than two weeks after he traveled to China on Air Force Two with his then-vice president father.”

That Hunter and then-Vice President Joe Biden made the joint trip to China shortly before the younger Biden partnered with Chinese businessmen proves even more significant now, given the recent release of a tape capturing Hunter bragging of his influence over his father. “He’ll talk about anything that I want him to, that he believes in. If I say it’s important to me, then he will work a way in which to make it a part of his platform,” Hunter can reportedly be heard saying. “My dad respects me more than he respects anyone in the world, and I know that to be certain, so it’s not going to be about whether my dad thinks it’s going to affect his politics.”

In early July, even more questions concerning dealings with China were raised when news broke that the Biden administration had sold nearly 1 million barrels of oil from the U.S. Strategic Petroleum Reserve to Unipec, which is the “trading arm” of the Chinese company known as Sinopec. “Sinopec is also tied to Hunter Biden, whose private equity firm, BHR Partners, bought a $1.7 billion stake in the company seven years ago.”

Beyond China, Hunter Biden’s role in Ukraine and his appointment to Burisma Holdings board of directors at a reported salary of $50,000 per month during his dad’s time as vice president adds to the deep dive required on the Biden family financials. Sources familiar with Weiss’s investigation also claim the Delaware U.S. attorney is looking at the Washington consulting firm Blue Star Strategies, which worked for Burisma in a deal Hunter Biden reportedly helped broker.

But there is more, with a Senate report documenting Hunter Biden’s receipt of a combined $3.5 million from the wife of the former Moscow mayor, a Kazakhstan investor, and several other individuals.

Closer to home, James Biden’s financial dealings also evidence a complicated pay-to-play scandal underlying his investing in the health care sector. According to court filings and interviews with former business associates, James Biden told his potential partners, including at Americore Health Hospital, “that his last name could open doors and that Joe Biden was excited about the public policy implications of their business models…”

According to Politico, Tom Pritchard, a former Americore executive, said that James Biden held out the “promise of a large investment from the Middle East based on his political connections,” even introducing Pritchard to the now-president. James Biden later reportedly helped Americore obtain a loan from a hedge fund, before taking “a six-figure personal loan out of Americore’s coffers,” but then the Middle East investment never materialized, and neither did James Biden’s repayment of the loan.

Similar allegations suffered in a Tennessee case brought by two health-services firms that sued James Biden and his business partners, “alleging James and his partners promised to provide a large investment from the Middle East, then pushed the firms to make expensive acquisitions, as part of a scheme to drive them out of business and steal their business models.” “Those firms alleged that James Biden cited his family’s political connections and promised his older brother would promote their health care model as part of his 2020 presidential campaign.’”

Grassley and Johnson’s letter to Weiss suggests the Biden family’s apparent attempt to profit in the health care sector from their relationship with Joe Biden is on the radar of investigators, as the senators specifically called out Sara Biden as an interested party. Politico’s exposé into the Biden family’s health care investments reported that Platinum Global Partners, “a Florida corporation that lists James and his wife Sara as managers,” faced claims in a court case in Palm Beach County related to a purported investment agreement James and Sara Biden’s business reneged on. And according to Politico, an “executive involved in litigation against James Biden,” claimed James Biden said he “could get the Biden Cancer Initiative to promote” an “oral rinse” with purported benefits for cancer patients.

The other names called out in the letter to Weiss provide further insight into the breadth of the financial dealings the Delaware office must entangle. Devon Archer, for instance, served as a partner with Hunter Biden and John Kerry’s stepson Chris Heinz in their investment firm, Rosemont Seneca Partners. Archer has already been convicted of fraud in an unrelated case in New York.

Eric Schwerin, another person Grassley and Johnson identified whose banking records would likely be relevant, was at one time president of Rosemont Seneca Partners. However, “during the eight years of Joe Biden’s vice presidency, Schwerin gradually became a de facto financial planner for the wider Biden family.” And according to a new book by Hunter’s ex-wife, Kathleen Buhle, Schwerin “managed almost every area of [her and Hunter’s] financial lives.”

While the Times reported that “over the last two years, federal prosecutors in Delaware have issued scores of subpoenas for documents related to Hunter Biden’s foreign work and for bank accounts linked to him and his associates, including two formerly close business partners, Eric Schwerin and Devon Archer,” the senators’ letter requests confirmation of that fact from Weiss.

In addition to Hunter’s business dealings, the letter questioned Weiss on recent reports suggesting that “Joe Biden may have unwittingly financed Hunter Biden’s ‘participation in an escort ring tied to Russia.’” The senators then stressed that in their September 2020 report, they had “noted that records in our possession indicated that ‘Hunter Biden paid nonresident women in the United States who are citizens of Russia and Ukraine’ and that some transactions are linked to what ‘appears to be an Eastern European prostitution or human trafficking ring.’”

Such “potentially criminal behavior must be thoroughly investigated by law enforcement entities according to the highest ethical standards,” last week’s letter cautioned, while noting that the senators “have serious concerns about your review of this matter as well as the ongoing Hunter Biden criminal case.”

Those “serious concerns” led the senators to once again ask Weiss whether he discussed with the attorney general “the need for a special counsel or independent counsel to properly investigate the Hunter Biden criminal matter,” and whether the District of Delaware’s U.S. Attorney’s Office has “received sufficient resources and support from the Justice Department to properly execute the Hunter Biden criminal case.”

Calls for a special counsel have been percolating since April when a group of nearly 100 House Republications wrote Attorney General Merrick Garland to demand he appoint a special counsel to investigate Hunter Biden. “We are concerned that in the case of Hunter Biden the Department has an actual conflict of interest and certainly has the appearance of a conflict of interest that could prevent a fair and impartial investigation of his activities,” the lawmakers wrote, adding, “You were nominated to your position by Hunter Biden’s father and ultimately work for him.”

Those concerns have been heightened with the announcement of several whistleblowers in the Department of Justice sounding the alarm about politically charged decisions to limit or shut down investigations of the Biden family business.

The White House has to date rejected calls for a special counsel, but three current or former DOJ officials tell The Federalist that conflicts of interest aside, the complexity and scope of the investigation exceed the capabilities of the Delaware U.S. Attorney’s Office.

With Weiss’s investigation already into its third year and with evidence continuing to trickle out from Hunter’s laptop confirming both his and his uncle James’ questionable business dealings and that Joe Biden benefitted financially from those enterprises, Grassley and Johnson are right to question whether Weiss has adequate resources for the probe into the Biden family financial dealings.

Those familiar with the investigation, however, believe a special counsel is needed to ensure the right people with the necessary skill sets are available — something the Delaware U.S. Attorney’s Office just cannot possibly have.

The Federalist’s Editor-in-Chief Mollie Hemingway contributed to this report.