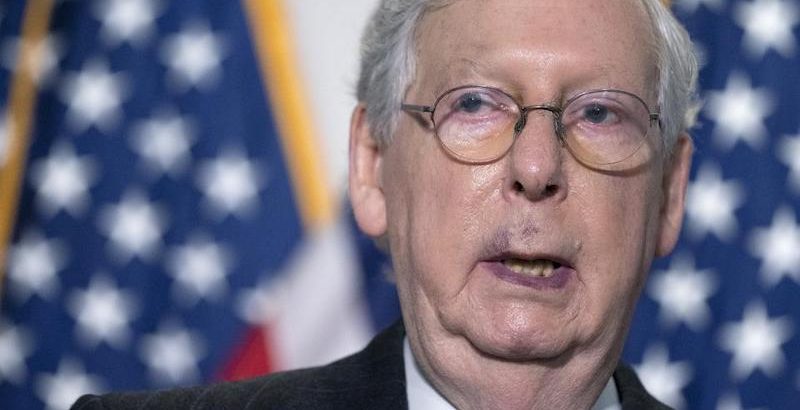 Republicans successfully filibustered the Democrats’ Freedom to Vote election bill Wednesday, denying the legislation the 60 votes needed to move on to floor debate.

The bill would have created new requirements for groups to disclose information about their donors, named Election Day a national holiday, and created federal standards for voting by mail, early voting, and voter ID.

Senate Majority Leader Chuck Schumer (D-N.Y.) criticized the Republican vote, saying “I wanna be clear about what just happened. Every single Republican senator just blocked this chamber from having a debate on Americans’ rights to free and fair elections.”

The results of the vote are unsurprising, as Senate Minority Leader Mitch McConnell (R-Ky.) made clear that his caucus would not support the bill. The Kentucky Republican on Tuesday reported his “hope and anticipation” that the bill, which he decried as an effort “to have the federal government take over how elections are conducted all over America,” would fail to win Republican support.

Since they took control of the government, Democrats have insisted that voting rights are under assault across the nation as states strengthen their voting laws. These critics claim that laws to bolster voter ID requirements or to limit absentee voting disproportionately affect minorities, an argument that the Supreme Court rejected in 2021.

Republicans, for their part, have expressed concerns about the threat of election fraud after inconsistencies in the 2020 election left many skeptical. Others, like McConnell and Sen. Ted Cruz (R-Texas), have emphasized the importance of allowing states to control their own elections rather than the federal government intervening.

This bill, the latest among a wave of election bills proposed by the Democrats since January, was crafted as a compromise election bill led by moderate Sen. Joe Manchin (D-W.Va.).

However, Senate Republicans have long made clear that they are unanimously opposed to federal election reform. Despite some hopes that Manchin’s compromise bill could draw the 10 needed Republicans across the aisle, Republicans unanimously united against the bill.

Schumer and other Democrats applauded the bill.

On Twitter, Schumer wrote that the bill “would fortify our democracy, protect the vote, and renew the American people’s trust in our elections.”

“Democrats are ready to have this debate right now,” Schumer told reporters Tuesday. The legislation is “a bill that every Senate Democrat is united behind, enthusiastically.”

Before the vote, Sen. Dick Durbin (D-Ill.) asked Republicans to at least consider the motion and not to use the filibuster, which he called “the weapon of Jim Crow.”

The failure of this compromise bill is likely to rekindle cries among Democrats to change or abolish the filibuster. These cries have echoed across the Democratic caucus since taking the majority.

Durbin’s association of the filibuster with Jim Crow has been often restated by his colleagues, who have demanded an end to the process.

In an interview, Rep. Jim Clyburn (D-S.C.) said that election bills deal with “constitutional rights” and “should not be subjected to a filibuster.” Sen. Jeff Merkley (D-Ore.), who introduced a separate election bill earlier this year warned in an interview with CBS that it would be “election Armageddon” if the rules about the filibuster are not changed. Sen. Amy Klobuchar (D-Minn.) voiced support for changing or removing the filibuster, saying that “at some point you gotta get things done.”

However, others in the caucus, including the bill’s prime negotiator, Manchin are opposed to this course.

Manchin has in the past promised to defend the filibuster, rejecting efforts by his party to eliminate or neuter the parliamentary process. Another key moderate, Sen. Kyrsten Sinema (D-Ariz.) has said much the same, calling the filibuster “a tool” that is key for protecting the rights of the minority party in the deliberative upper chamber.

While he has championed his party’s election bills, President Joe Biden has also rejected any effort to eliminate the filibuster, but he has shown himself open to reforming the process.