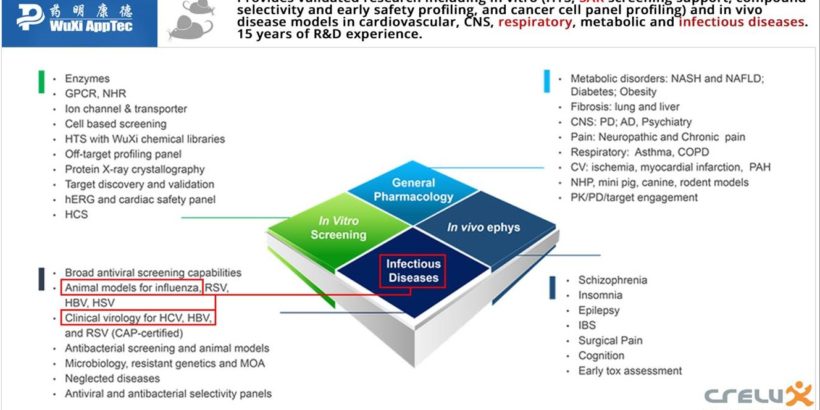 WuXi AppTec, as it is now called, has a facility in Wuhan, China.  The company provides validated research including in vitro (HTS, SAR screening support) and in vivo disease models in cardiovascular, respiratory, metabolic and infectious diseases.

The document was filed with the US government in August 2012.

The Company was renamed WuXi Apptech since then.

In 2010, before Soros invested in the company WuXi Pharmatexh announced plans to build a $100 million R&D center in Wuhan, China.

From a trusted source…  You can’t do virology research and development in any country unless you have a government (most of the time DoD or CDC) contract.

This is even more so the case in China.  The reason for this is that you can’t get viral specimens, have a secure facility, and transport specimens and conduct the experiments on live animals without the clearance.

In the specific case of WuXi AppTec, it is almost certain that their work was supervised by the Chinese Intelligence services because of the company’s tight business connections to the US.