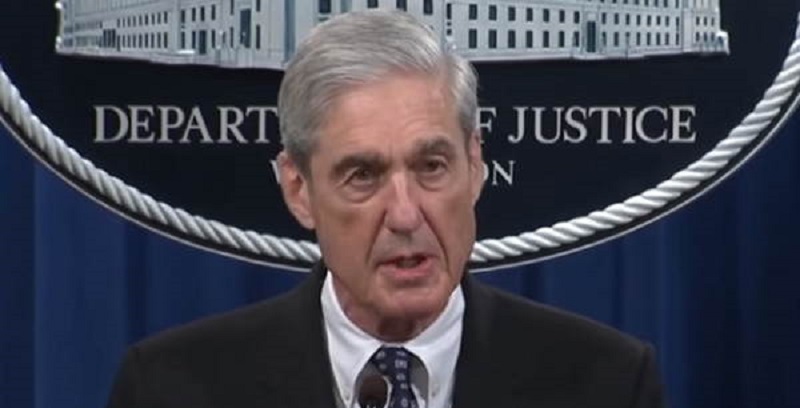 Remember the infamous June 2016 Trump Tower meeting with Don Jr. and Russian lawyer Natalia Veselnitskaya the media was hyperventilating over as proof of ‘Russian collusion’?

It turns out a little-known translator named Anatoli Samochornov provided exculpatory evidence to the feds, yet the FBI and Mueller’s team worked to conceal the information.

New FBI memos reveal that an eyewitness account by a Russian translator trusted by the US Department of State completely debunked the media’s narrative about the Trump Tower meeting.

The media reported that Donald Trump Jr. and other Trump camp associates met with Veselnitskaya after she promised “dirt” on Hillary Clinton.

Don Jr. insisted the meeting was short and that Veselnitskaya and her crew spent most of the time talking about the Magnitsky Act.

The FBI reported that the translator hired by Veselnitskaya backed up Don Jr.’s story — publicly however, the FBI accused Don Jr. of lying.

According to John Solomon, “The topic of discussion was the Magnitsky Act and related topics,” Samochornov told the agents, adding that Veselnitskya didn’t even do most of the talking. An American lobbyist provided the presentation, he said.

In Robert Mueller’s final report on the Russia investigation, a little-known translator named Anatoli Samochornov played a bit role, a witness sparsely quoted about the infamous Trump Tower meeting he attended in summer 2016 between Donald Trump Jr. and a mysterious Russian lawyer.

The most scintillating information Mueller’s team ascribed to Samochornov in the report was a tidbit suggesting a hint of impropriety: The translator admitted he was offered $90,000 by the Russians to pay his legal bills, if he supported the story of Moscow attorney Natalia Veselnitskya. He declined.

But recently released FBI memos show that Samochornov, a translator trusted by the State Department and other federal agencies, provided agents far more information than was quoted by Mueller, nearly all of it exculpatory to the president’s campaign and his eldest son.

Despite learning the translator’s information on July 12, 2017, just a few days after the media reported on the Trump Tower meeting, the FBI would eventually suggest Donald Trump Jr. was lying and that the event could be seminal to Russian election collusion.

The media’s lies were cited by lawmakers when they subpoenaed Don Jr and dragged him in for questioning about the Trump Tower meeting.

In 2017, the Senate Intel Committee, chaired by RINO of all RINOs Richard Burr, called in Donald Trump Jr. and questioned him in a marathon 9-hour interview about the meeting he had with Veselnitskaya.

Don Jr. was then called in AGAIN in June of 2019 to testify to the Senate Intel Committee about the Trump Tower meeting!

This is after the feds already had exculpatory evidence from the trusted translator.