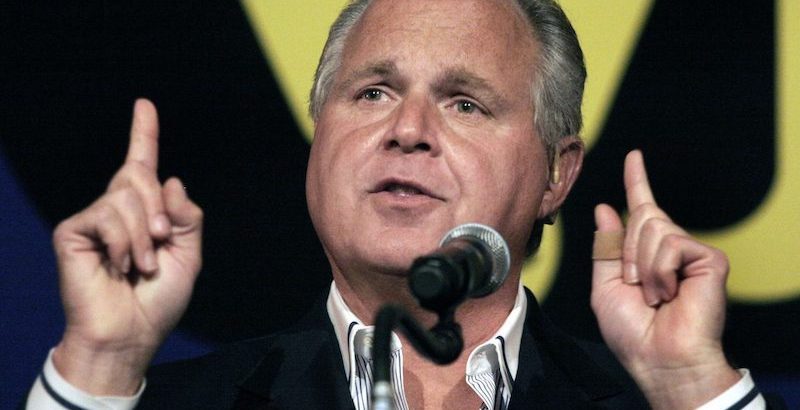 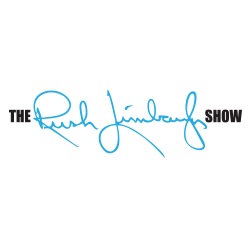 Those from the 80’s remember the all-too-familiar Rush Limbaugh bumper sticker with the conservative play on words: ‘RUSH IS RIGHT’

The freedom-lovin’ trail-blazer from the EIB Network, charged through unchartered territory by means of the airwaves. You either loved his message or you hated it.

But one thing was for certain, with a humble spirit at his very core, Rush had the patience of Job being able to explain in detail, his political stance until even the most dubious listener struggled to counter.

Rush’s daily 3-hour program invited listeners to open their minds to truths not necessarily represented by mainstream media. Many listeners called-in to voice concerns, doubts, or support. The respect given was usually returned to where his program gained a listening audience of 15.5 million per week.

Rush Limbaugh is a legacy, gift to the world, and will be sorely missed.

Rush Limbaugh Dies at 70 After Battle With Lung Cancer 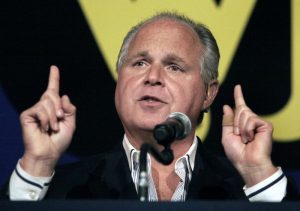 Conservative radio host Rush Limbaugh has died at age 70, according to his wife.

Limbaugh passed away at his home in Palm Beach, Florida, his wife, Kathryn Adams Limbaugh, said on his radio show on Wednesday, hours after the death.

Limbaugh was diagnosed with lung cancerlast year, causing him to miss hosting the show.

“This day has been one of the most difficult days in recent memory, for me, because I’ve known this moment was coming,” Limbaugh said on the air at the time.

“I can’t help but feel that I’m letting everybody down with this. But the upshot is that I have been diagnosed with advanced lung cancer,” he added later.

It prompted former President Donald Trump last February to present Limbaugh with the Presidential Medial of Freedom during his State of the Union Address in front of the Joint Session of Congress.

“He is the greatest fighter and winner that you will ever meet,” Trump said at the time.

The medial recognized all that Limbaugh had done for America, Trump added.

In December, Limbaugh told listeners that considered himself “extremely fortunate and lucky” to still be alive, considering the grim diagnosis.

“I wasn’t expected to make it to October, and then to November, and then to December,” he said. “And yet, here I am and today, got some problems, but I’m feeling pretty good today… God knows how important this program is for me today. ”

Limbaugh was born in 1951 in Cape Girardeau, Missouri. He had a long career in media, entering radio in 1971 after leaving college before hosting his own radio show for many years.

Limbaugh was a stalwart Trump supporter who often praised the Republican businessman and president. He was also a critic of former President Barack Obama and President Joe Biden.

Condolences poured in on Wednesday when news of the death emerged.

“No words … I just got news the Rush Limbaugh has passed away. thanks Rush for all you taught, gave and were. A hero to many. An icon. A patriot. A revolutionary that saved radio. Heavens gain, our loss,” radio host Glenn Beck said.

“So sad to see the death of Rush Limbaugh, he was a conservative radio phenomenon for decades and gave the silent majority a voice,” Nigel Farage added.

“Rush Limbaugh often said “I have talent on loan from God.” He understood that our gifts on this earth are not our own — they’re a blessing. He shared his gifts with all of us. And we’ll miss him dearly,” added South Dakota Gov. Kristi Noem.

Jack Phillips and Gary Du contributed to this report.