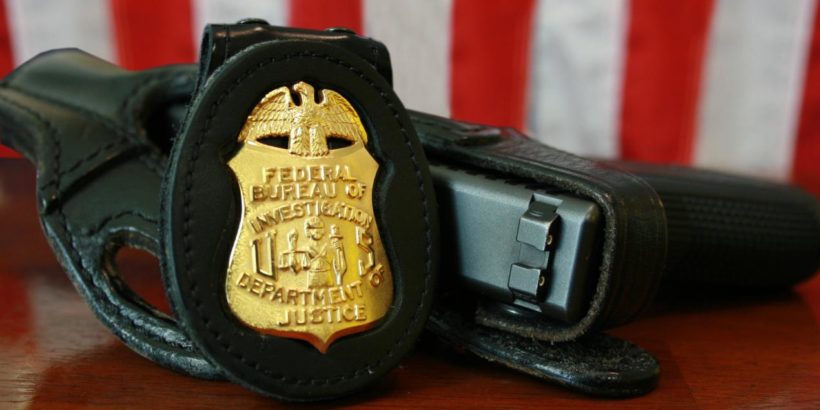 US. intelligence has decided to declassify several redacted footnotes from a recent Justice Department report that will expose more problems with the FBI’s investigation into President Trump’s campaign, including that agents possessed evidence their main informant may have been the victim of Russian disinformation, Just the News has learned.

The previously redacted footnotes are likely to raise new concerns that the FBI ignored flashing red warning signals about the informant Christopher Steele and gave a false picture in briefing materials supplied to Congress.

The declassified sections from Inspector General Michael Horowitz’s December review of FBI FISA abuse could be made available to key Senate and House committees as early as the end of this week, according to people familiar with the effort.

The unredacted footnotes are expected to provide new data points in the timeline showing when the FBI learned, or should have suspected, that its key evidence suggesting Trump was colluding with Russia was erroneous and how high up those concerns were known, the sources said.

The new information “will make clear the FBI possessed information at multiple levels that undercut the evidence it was using to sustain a collusion investigation” and will be specific enough to renew a debate in Washington over “whether the FBI intentionally ignored red flags or simply was blinded by ambition from seeing them clearly,” one source with direct knowledge said.

The evidence could also raise new questions about whether statements made to Congress during the Russia probe were false or misleading, and whether the intelligence community’s official assessment that Vladimir Putin was solely trying to help elect Trump was contradicted by some evidence in FBI files, the sources said.

The declassification was prompted in part by a letter sent in January by Senate Finance Committee Chairman Chuck Grassley, R-Iowa, and Senate Homeland Security and Governmental Affairs Committee Chairman Ron Johnson, R-Wis., that requested four footnotes from the Horowitz report be declassified.

Grassley and Johnson are two strong allies of Trump who played a key role in debunking the false collusion allegations the FBI investigated. Johnson’s investigators flagged the redacted passages during a review of the Horowitz report and worked with Grassley’s team to escalate to Attorney General William Barr.

“We are concerned that certain sections of the public version of the report are misleading because they are contradicted by relevant and probative classified information redacted in four footnotes,” Grassley and Johnson wrote Barr. “This classified information is significant not only because it contradicts key statements in a section of the report, but also because it provides insight essential for an accurate evaluation of the entire investigation.”

The two followed up with a letter earlier this month to the Acting Director of National Intelligence (DNI) Ric Grenell saying the release of the classified information would provide “insight essential for an accurate evaluation of the entire investigation.”

Sources said DNI and Justice Department are planning to declassify those four footnotes as well as others in the report that will provide new understanding about failures in the FBI’s now-debunked Russia collusion probe.

One of the key revelations will be the unmasking of footnotes that show specific red flags raised inside the bureau’s intelligence files that Christopher Steele, the former MI6 agent whose anti-Trump dossier played a key role in the collusion probe, could have been the victim of Russian disinformation through his contacts with Russian oligarchs, the sources said.

Horowitz’s report in December concluded that most of the allegations Steele included in the dossier he gave the FBI were inaccurate, uncorroborated, or internet rumor and that the FBI falsely represented to the Foreign Intelligence Surveillance Court that Steele’s intelligence had been verified in securing a FISA warrant to target the Trump campaign and former adviser Carter Page in fall 2016 in an investigation code-named Crossfire Hurricane.

Horowitz’s report also raised concerns the FBI failed to fully evaluate evidence in its intelligence files that suggested Russian disinformation was flowing to Steele, who was working during the 2016 campaign for the opposition research firm trying to help Hillary Clinton and the Democratic Party defeat Trump.

“In view of information we found in FBI files we reviewed, and that was available to the Crossfire Hurricane team during the relevant time period, we believe that more should have been done to examine Steele’s contacts with intermediaries of Russian oligarchs in order to assess those contacts as potential sources of disinformation that could have influenced Steele’s reporting or, at a minimum, influenced Steele’s understanding of events in Russia that furnished context for the analytical judgments he used to evaluate the reporting,” Horowitz wrote at the time. “We agree with the assessment of Priestap and Evans that this issue warranted more scrutiny than it was afforded.”

While Horowitz raised the issue broadly, a detailed set of footnotes laying out what actually was in the FBI files was completely redacted. That footnote is expected, along with other information, to be declassified.

Persons familiar with the effort said the new declassifications also may raise questions about representations FBI witnesses made in classified briefings and briefing documents to Congress in 2017.

Horowitz’s report flagged one such possible episode, recounting a memo that the FBI provided in December 2017 to congressional leaders that claimed to have dismissed the notion that Steele was the victim of disinformation.

“According to an FBI memorandum prepared in December 2017 for a Congressional briefing, by the time the Crossfire Hurricane investigation was transferred to the Special Counsel in May 2017, the FBI did not assess it likely that the [Steele] [ election reporting] was generated in connection to a Russian disinformation campaign,” Horowitz noted.

Such a claim may have dismissed or overlooked evidence sitting in the FBI’s own files, the report suggested.

When pressed by the IG about the possibility that Steele had been the victim of Russian disinformation, Priestap, the former counterintelligence chief whose supervised the lead case agent Peter Strzok, offered an uncertain answer.

“I’m struggling, with, when you know the Russians, and this I know from my Intelligence Community work: they favored Trump, they’re trying to denigrate Clinton, and they wanted to sow chaos. I don’t know why you’d run a disinformation campaign to denigrate Trump on the side,” Priestap answered.

Steele broadly defended his work in an interview with the IG. And after Horowitz’s report was issued, the former British spy issued a statement through his lawyers and his company Orbis Business Intelligence disputing many of the IG’s findings, including the allegation that Steele’s primary sub-source had disowned or denied much of the information attributed to him in the dossier.

“Public discussions about a source are always fraught with danger for the source and the source’s sub-source,” the statement said. “Had Orbis been given an opportunity to respond in a private session, the statement by the primary sub-source would be put in a very different light.”

Horowitz isn’t the only government official to raise concerns that Steele may have been victimized by Russian disinformation. One of the Democrats’ star witnesses during President Trump’s impeachment investigation, government Russia expert Fiona Hill, testified about Steele that she had “misgivings and concern that he could have been played” by Russian disinformation. Hill had previously worked with Steele when he was with MI6.

“Their goal was to discredit the presidency,” she testified in an October deposition. “Whoever was elected president, they wanted to weaken them. So, if Secretary Clinton had won, there would have been a cloud over her at this time if she was President Clinton. There’s been a cloud over President Trump since the beginning of his presidency, and I think that’s exactly what the Russians intended.”

The new evidence from the declassified footnotes will give the American public a first chance to evaluate whether the FBI dropped the ball on evaluating Russian disinformation in the Steele dossier.

Whatever the final verdict, the upcoming declassifications are a pointed reminder that the public still has much to learn about what did, and did not, go right in the Russia collusion probe.