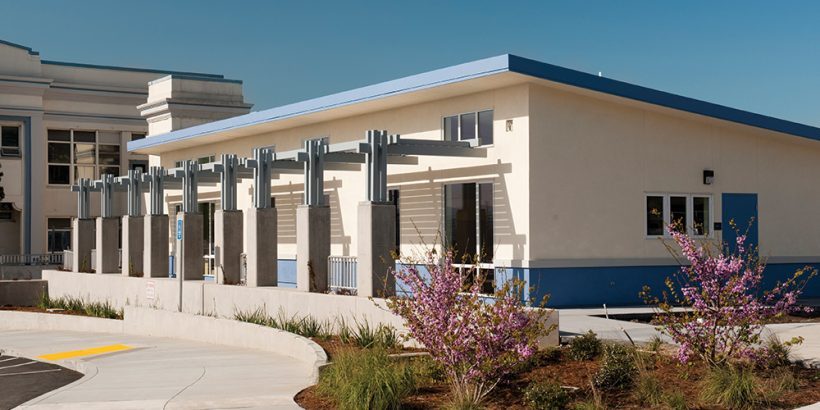 The city of San Francisco on Thursday asked a judge to order the immediate reopening of schools for in-person learning, alleging the continued closure violates children’s constitutional right to attend and is contributing to a mental health crisis.

Public schools in the California city have been shut down for in-person learning for nearly one year despite being allowed to resume such classes since fall 2020 and officials say those in the education arena lack a viable reopening plan.

In attached declarations, doctors attest to a significant increase in children of all ages showing up at hospitals and other health facilities with anxiety, depression, and suicidal thoughts.

The UCSF Benioff Children’s Hospital of Oakland has seen a 66 percent increase in the number of suicidal children in the emergency room, a doubling of adolescents hospitalized for eating disorders, and a 75 percent increase in youth seeking mental health services who required immediate hospitalization amid the school closures, the motion says.

Parents submitted documents attesting to harm allegedly caused by the shift to remote learning. Allison Arieff said she recently found her 15-year-old daughter “curled up in a fetal position, crying, next to her laptop at 11 a.m.” Her daughter has begun crying frequently in the middle of the day and is “losing faith not just in the [school district] but in the world.” Lindsay Sink said her 7-year-old son has regressed since learning virtually started and “uncontrollable meltdowns” are not uncommon. Glen Edwards said he’s seen “anxiety, distress, anger, depression and the loss of the love of learning” in his 8- and 9-year-old sons.

Herrera is asking a judge to force public schools to resume in-person classes, arguing not doing so would cause significant harm to students and families.

“Distance learning is not the same thing as school, not even close,” Herrera said in a statement. “We know that teachers are doing heroic work every day trying to keep kids engaged and learning. So are overburdened parents. Even with all of those tremendous efforts, almost a year of being isolated from classmates, friends, and teachers is taking a terrifying toll on these kids. It must stop. It’s time to get back in class.”

The motion came about a week after the city sued its own school district, arguing the time is past for children to return to public schools.

Private and parochial schools have been opened for weeks or months.

Public education officials had planned to resume in-person classes in March or April.

The San Francisco district said Feb. 7 that it reached a provisional agreement with labor unions on a reopening plan. The proposed plan is set to go before the Board of Education for ratification on Feb. 16.

In response to the new emergency motion, a district spokesperson told news outlets: “We wholeheartedly agree that students are better served with in-person learning. This is a frivolous lawsuit and is taking resources away from the reopening process. We have called on the City to make vaccines available and to support staff and student surveillance testing. These calls have not been answered but are exactly what we need to move this process forward.”