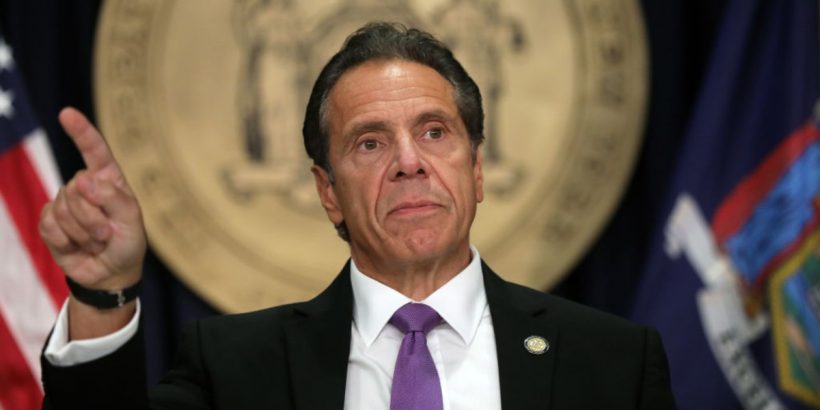 In a damning, 76-page report, James also said that some unidentified nursing homes apparently under reported resident fatalities to the state Department of Health and failed to enforce infection-control measures — with more than 20 currently under investigation.

The bombshell findings could push the current DOH tally of 8,711 deaths to more than 13,000, based on a survey of 62 nursing homes that found the state undercounted the fatalities there by an average of 56 percent.

The report further notes that at least 4,000 residents died after the state issued a controversial, March 25 Cuomo administration mandate for nursing homes to admit “medically stable” coronavirus patients — which James said “may have put residents at increased risk of harm in some facilities.”

“As the pandemic and our investigations continue, it is imperative that we understand why the residents of nursing homes in New York unnecessarily suffered at such an alarming rate,” James said.

“While we cannot bring back the individuals we lost to this crisis, this report seeks to offer transparency that the public deserves and to spur increased action to protect our most vulnerable residents.”

Vivian Zayas — who founded the Voices for Seniors advocacy group after her mom, who lived in a Long Island nursing home, died of COVID-19 last year — said that “our jaws dropped” upon reading James’ report.

“The attorney general’s report shows that Cuomo’s book on his great leadership during the pandemic is a fraud,” she said.

Asked about the finding during a morning news conference, Mayor Bill de Blasio said, “We have to make sense of this. We have to get the full truth. … And we have to be honest about the numbers.”

“These are our loved ones that we lost,” de Blasio said.

“It’s someone’s grandma, it’s someone’s mother or father, aunt or uncle. This is families missing someone dear to them.”

He added: “Among all the other pain that we went through in 2020, this was arguably the worst part of it.”

Bill Hammond of the Empire Center, a government watchdog group that has sued the state DOH for access to its data on the deaths of all nursing home residents, called James’ report “independent confirmation of a lot of the concerns and criticisms that have been raised.”

“It highlights major discrepancies in the reporting on deaths and makes clear that state policy and oversight of nursing homes was at least one factor in the tragic loss of life,” he said.

Cuomo’s office didn’t immediately respond to a request for comment, with a spokesperson saying officials were still reviewing James’ report.

Cuomo, despite his administration’s order to keep the COVID afflicted among nursing home residents, has repeatedly acknowledged the danger that the coronavirus posed to such an elderly population.

“Coronavirus in a nursing home is like fire in dry grass … The only question is how many people will die?” he said on March 29 — without mentioning the controversial directive that his health commissioner, Dr. Howard Zucker, had issued four days earlier.

Cuomo later used the same metaphor while suggesting in June that, “All you need is one person — an air-conditioning repairman, a delivery person —  and once that virus gets in the nursing home, it’s fire through dry grass,”

The following month — amid sustained outrage over the March 25 directive, which was revoked on May 10 — the DOH issued a report blaming the spread of the coronavirus in nursing homes on asymptomatic staffers.

Cuomo has also repeatedly attacked The Post for its hard-hitting reports on the nursing-home crisis, suggesting the coverage was politically motivated to “kill all Democrats.”

And during spectacularly ill-timed appearances Tuesday on MSNBC and CNN, Cuomo tried to blame for COVID deaths on former President Donald Trump, offering one quote that seems to now apply equally to his own administration in light of the James report.

James’ report does not increase the number of overall deaths in the Empire State from the coronavirus, which stands at an estimated 42,887 confirmed and suspected COVID-19 cases, according to Johns Hopkins University case tracker.

The state DOH puts the number at 34,579, but that tally only includes confirmed deaths.

James’ report shows that nursing homes were even deadlier than previously thought — potentially accounting for nearly one in every three coronavirus fatalities in the state.

The report also revealed that many nursing homes mishandled patients sick with the disease by failing to properly isolate residents who tested positive for COVID-19.

In addition, it says that nursing home managers often failed to screen and test employees for the virus, demanding that sick staff continue to care for residents or face punishment or termination.

“The New York State Office of the Attorney General report is clear that there was no undercount of the total death toll from this once-in-a-century pandemic. The OAG affirms that the total number of deaths in hospitals and nursing homes is full and accurate,” Zucker said.