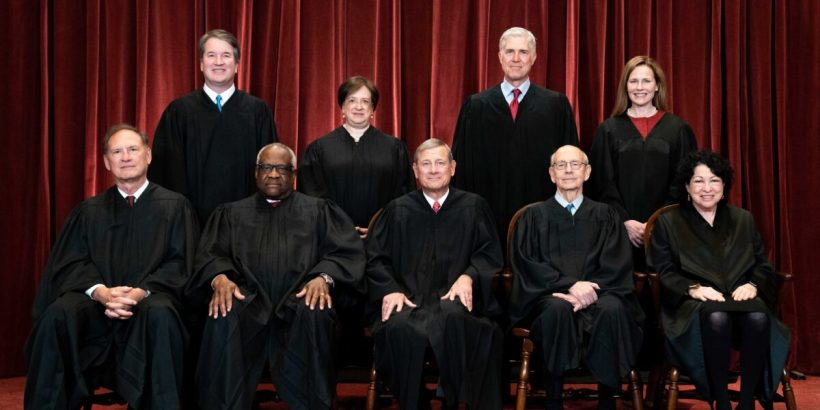 The Senate passed a bill on Monday that would allow the Supreme Court to provide 24-hour security protection to the families of Supreme Court justices.

The bill was passed shortly after the leaked majority draft opinion suggesting that the Roe v. Wade decision that guaranteed the right to abortion across the entire United States would be struck down became public.

Since the 67-page opinion was published on May 2 by Politico, protests have broken out across the country, including at the home of Justice Samuel Alito.

“Threats to the physical safety of Supreme Court Justices and their families are disgraceful, and attempts to intimidate and influence the independence of our judiciary cannot be tolerated,” said Sen. John Cornyn (R-Texas) in a statement. “I’m glad the Senate quickly approved this measure to extend Supreme Court police protection to family members, and the House must take up and pass it immediately.”

Cornyn was among the senators who introduced the bill, known as the “Supreme Court Police Parity Act,” last week alongside Sen. Chris Coons (D-Del.).

“We must act to ensure Justices and their families are protected from those who wish to cause them harm by extending Supreme Court police security to family members,” he said.

The bill passed unanimously through the Senate on Monday but needs to be approved by the House before it is sent to President Joe Biden’s desk.

“I am glad to see this bipartisan bill unanimously pass the Senate in order to extend security protection to the families of Supreme Court members,” Coons said.

Cornyn has previously said that such legislation was necessary because families of the Supreme Court Justices had received threats to their safety following the leak.

White House press secretary Jen Psaki said Monday that the Biden administration “strongly believes in the Constitutional right to protest” but that such demonstrations “should never include violence, threats, or vandalism.”

“Judges perform an incredibly important function in our society, and they must be able to do their jobs without concern for their personal safety,” she said on Twitter.

The White House has also said that it’s working with a “broad range of groups” in an effort to ensure that abortions continue to be legally available across the United States.

“What our effort and our focus is on is on broadly engaging about the specifics on possible actions and preparing for the release of a final opinion,” Psaki said in a press briefing last week, noting that the administration is working with pro-abortion activist groups and private businesses as well officials in state and federal government to analyze what options are available to the government should Roe v. Wade be overturned.

The leaked document—penned by Alito—stated that “Roe was egregiously wrong from the start,” suggesting that the ruling could potentially be overturned by the Supreme Court.

If this is the case, it would allow each state legislature to decide how much access women living there would have to abortions.

A final decision has not yet been made, and while the Supreme Court has confirmed the authenticity of the draft opinion, it has stated that it is preliminary. A ruling in the case is expected in June.