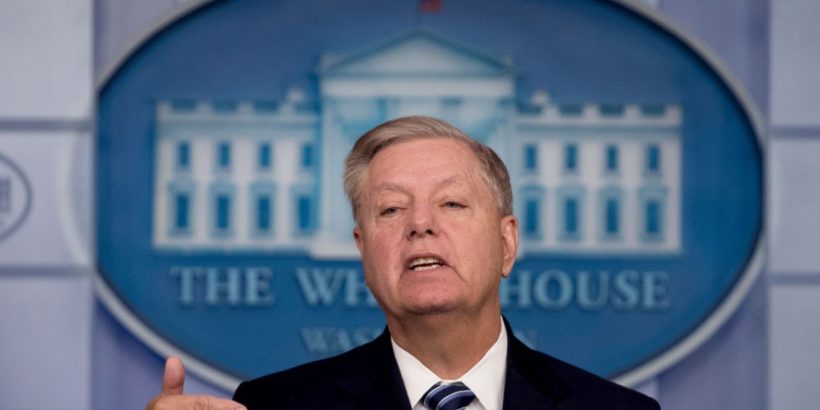 During an appearance on “Hannity” Wednesday, host Sean Hannity noted Horowitz will be coming before Graham’s committee on Dec. 11 to testify on the matter and went on to ask Graham not to allow a Friday night document “dump” that could muffle the coverage of the news.

In response, Graham smiled and nodded.

“It’ll be December 9th — you’ll get the report,” the South Carolina lawmaker said.

Horowitz told congressional lawmakers in an October letter that his investigation and ensuing report were nearing their conclusion.

The “lengthy” draft report “concerns sensitive national security and law enforcement matters,” Horowitz wrote in the letter, adding that he anticipated “the final report will be released publicly with few redactions.”

Horowitz noted that he did not anticipate a need to prepare or issue “separate classified and public versions of the report.”

“After we receive the final classification markings from the Department and the FBI, we will then proceed with our usual process for preparing a final report, including ensuring that appropriate reviews occur for accuracy and comment purposes,” Horowitz wrote in the letter. “Once begun, we do not anticipate the time for that review to be lengthy.”

Graham further broke news on “Hannity” when he confirmed he is sending a letter to Secretary of State Mike Pompeo requesting the transcripts of three phone calls the senator said then-Vice President Joe Biden had with then-Ukrainian President Petro Poroshenko.