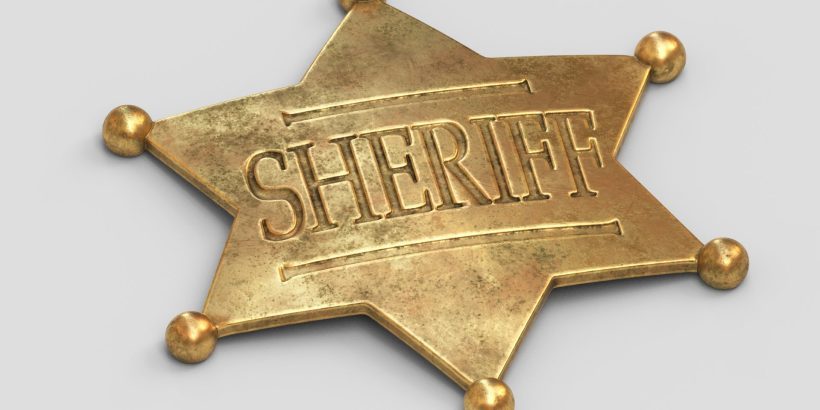 BRACKETTVILLE, Texas—Sheriffs in 17 states are calling on President Joe Biden to fire Homeland Security Secretary Alejandro Mayorkas, urging the president to replace him with somebody who will re-establish control over America’s southern border.

The Western States Sheriffs Association (WSSA) said in a position paper obtained by The Epoch Times that “a great deal of progress was made” in enforcing the U.S.-Mexico border under the Trump administration but that sheriffs are now witnessing “a complete and total breakdown” of enforcement efforts.

The number of illegal immigrant apprehensions at the border under Biden has set multiple records already, including the top yearly total. Apprehensions dropped in October, but the number marked the highest ever for the month.

Nearly 1.7 million illegal immigrant arrests have taken place this year. The government projects that total to rise above 2 million by the end of 2021. An untold number of others evaded arrest or detection and are inside the country.

WSSA said that Mayorkas was appointed to uphold U.S. laws and secure the border, but that the policies he’s enacted “continue to dismantle the security of our country and the enforcement effort of the hard-working federal officers assigned to an extremely difficult task.”

Sheriffs are in disbelief as the southern border has “turned into an invisible line in the sand,” according to the paper, raising concerns about the human and drug trafficking and crimes committed by illegal immigrants once they make it into the United States.

“After witnessing this disaster over the past several months and listening to the continued rhetoric and intellectual dishonesty from Secretary Mayorkas, The Western States Sheriffs Association, and its membership must emphatically state our position of having NO confidence in the ability of the Secretary Mayorkas, and his leadership within the Department of Homeland Security, to affect any positive outcome on this matter,” the sheriffs said.

They called on Biden to remove Mayorkas and appoint a new homeland security security “who recognizes, respects, and will enforce the rule of law.”

DHS and the White House did not respond to requests for comment.

Yuma Sheriff Leon Wilmot said the crisis is worsening in his area on the Arizona border.

“All signs show an increase in crossings here, we are averaging 750 apprehensions every day,” Wilmot told The Epoch Times. During the fiscal year that just ended, agents in the Yuma sector apprehended illegal aliens from more than 107 countries—17 of which are special interest countries with ties to terrorism, Wilmot said.

He blamed Mayorkas for “restricting law enforcement from making arrests” and not prosecuting illegal aliens.

“Hardly any Border Patrol agents are working the border as they are stuck processing. All of his advertised policies are contrary to enforcing the rule of law,” Wilmot said.

The sheriffs’ association paper said many illegal immigrants arrive in the United States indebted to the Mexican and South American drug cartels.

“For some, reaching the the United States marks the beginning of years of drug distribution, slavery, and prostitution in order to pay back the drug cartels for the privilege of being brought to the United States,” states the paper.

Mayorkas told members of Congress during a hearing Wednesday that the U.S. government has more control of its borders than it did during the previous administration and that the Biden immigration agenda is starting to work.

“I think rebuilding a broken immigration system and rebuilding a dismantled one takes time, and we’re on the road to success,” Mayorkas said.

“When you run DHS like it is an ‘abolish ICE’ fan club, you shouldn’t be surprised when you have an immigration crisis on your hands,” Sen. Chuck Grassley (R-Iowa) said.

Sen. Tom Cotton (R-Ark.) said the “open borders” policies implemented by Biden and Mayorkas has attracted the growing number of illegal immigrants, making the southern border “more open than it ever has been.”