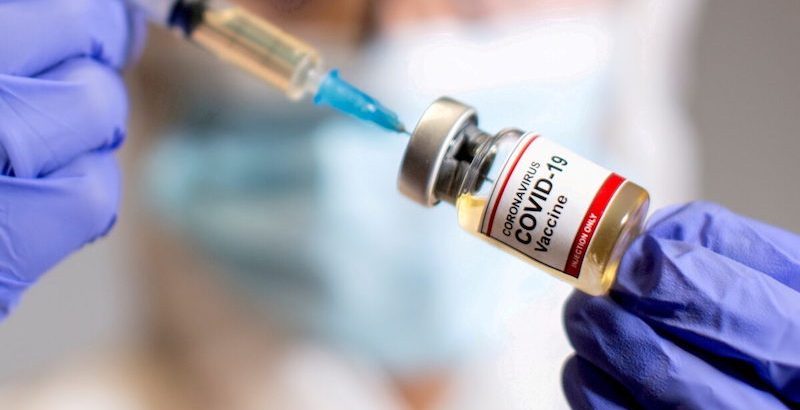 When We Know Our Rights, We Can Stand Our Ground

If you are being forced to VAX in order to keep your job, here is one way to handle it. The secret is to NOT refuse it.

A letter from an employee:

‘I write with regard to the matter of potential COVID vaccine and my desire to be fully informed and appraised of ALL facts before going ahead. I’d be most grateful if you could please provide the following information, in accordance with statutory legal requirements:

Once I have received the above information in full and I am satisfied that there is NO threat to my health, I will be happy to accept your offer to receive the treatment, but with certain conditions – namely that:

The point being though, is that they CANNOT provide that information but you’ve not refused.

Washington Gov. Jay Inslee announced on Monday a COVID-19 vaccine mandate for most government and health care workers, as well as hundreds of thousands of private health care and long-term care employees.

Those whom the mandate applies to will be required to show proof of vaccination against COVID-19, the disease caused by the CCP (Chinese Communist Party) virus, by Oct. 18 as a condition of employment.

Unlike other state leaders who have rolled out similar mandates, Inslee has not made regular testing an option for those who do not want to be vaccinated. The only way to opt out of the mandate is with a medical or religious exemption.

At a press briefing on Monday, the Democratic governor cited a surge in cases and hospitalizations in the state linked to the highly infectious Delta COVID-19 variant.

“We have what is essentially a new virus at our throats,” he said. “The state of Washington is taking decisive action.”

The requirement applies to executive cabinet agencies, which are supported by roughly 60,000 employees across 24 state agencies. Any contractor wanting to do work with the state will also be required to be vaccinated.

“These workers live in every community in our state, working together and with the public every day to deliver services,” Inslee said. “We have a duty to protect them from the virus, they have the right to be protected, and the communities they serve and live in deserve protection as well.”

According to a fact sheet issued to employees, those who are currently working remotely will also be affected by the mandate, as they may need to go to a work site at some point in the future.

Inslee has also spoken with others industries not included in his order, such as higher education, local governments, the legislative branch, other statewide elected officials, and the private sector, to encourage them to impose their own vaccine requirements, his office said.

“It is the mission of public servants and those providing health care to serve our fellow Washingtonians. These workers live in every community in our state, working together and with the public every day to deliver services,” Inslee said. “We have a duty to protect them from the virus, they have the right to be protected, and the communities they serve and live in deserve protection as well.”

He added, “The reason we’re in this pickle today is because 30 percent of our eligible citizens, so far, have chosen not to get to the vaccine.”

People “don’t deserve to be bullied and threatened into putting something into their body that they don’t want,” he told The Associated Press. “This is not only unnecessary and likely to result in greater rejection of the vaccine, but it’s a violation of basic civil liberties.”

The Centers for Disease Control and Prevention (CDC) said in an Aug. 6 update that new data on the Delta variant shows that no vaccine is 100 percent effective as fully vaccinated people are still capable of spreading the virus to others, although vaccinated people “appear to be infectious for a shorter period.”

The agency added that breakthrough infections of the Delta variant “seems to produce the same high amount of virus in both unvaccinated and fully vaccinated people,” bringing into question whether vaccine mandates are justifiable given the implications for government infringement on individual liberties.

Meanwhile, former CDC director Dr. Robert Redfield told Fox News’ “The Story” on Monday that he hopes that Americans continue to get vaccinated.

“The one thing that we have against the variant’s evolution kinetics is we have vaccination,” he said. “And it really is so important that one thing that we all can do that can really confront the evolution of this next variant, slow it down, is to really continue to get our population vaccination and more importantly, I believe … making sure that we’re doing what we can do to maintain the immunity in the vulnerable individuals.

“It’s very clear that the durability of this vaccine is not going to be a vaccine that’s durable year after year,” he added.

Isabel Van Brugen
REPORTER
Isabel is an award-winning journalist, currently working as a news reporter at The Epoch Times. She graduated with a distinction in Newspaper Journalism MA from City, University of London, and is a language graduate from Queen Mary, University of London. She has worked with a variety of publications such as The Times of London, London Evening Standard, Grazia UK, Daily Express, and Bang Showbiz.