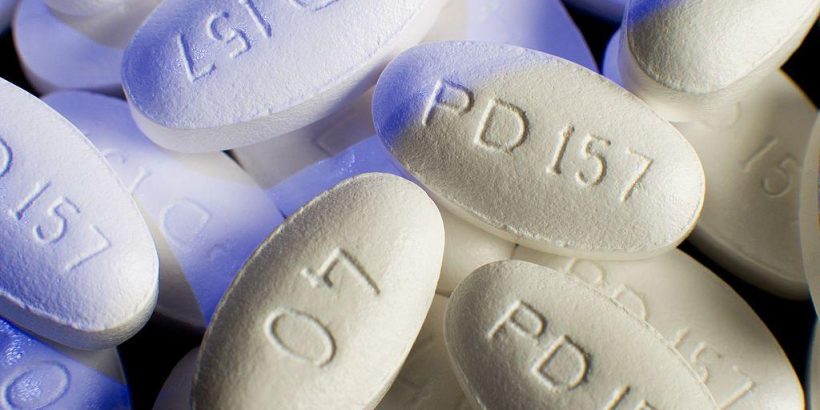 Evidence continues to grow that shows the devastating effects of statins on health and longevity. Before taking them, consider the results of these studies.

According to a 2020 report from the U.S. Department of Health and Human Services,1 34.1 million U.S. adults had diagnosed or undiagnosed diabetes in 2018. There were slightly more men than women, and more white, non-Hispanic people with diabetes than Black, Asian or Hispanic people combined.

Just two years later, these numbers have gone up, according to the Centers for Disease Control and Prevention,2 with 37.3 million people having diagnosed and undiagnosed diabetes. A total of 96 million over the age of 18 have prediabetes, which is 38% of the U.S. adult population.

These numbers demonstrate that diabetes is already at epidemic proportions in the U.S. A study published in the British Journal of Clinical Pharmacology3 found that adults taking statin medications to control cholesterol levels have a higher risk of developing insulin resistance and Type 2 diabetes than the general population. However, researchers have repeatedly failed to find evidence that high cholesterol is a risk factor for cardiovascular disease.

As I have discussed in many previous articles, three factors have a far greater influence on your cardiovascular disease risk and, to some degree, are interrelated. These are insulin resistance,4 chronic inflammation5 and high iron levels.6 Unfortunately, these primary contributors are rarely the focus of cardiovascular disease prevention and treatment in conventional medicine.

Instead, statins, also called cholesterol-lowering drugs, are the go-to defense in Western medicine, which led to the drug once holding the infamous title of the most profitable drug. Dr. Malcolm Kendrick7 is a general practitioner in Cheshire, England, and the author of three books, including “A Statin Nation: Damaging Millions in a Brave New Post-Health World.” He estimates that the pharmaceutical industry has grossed more than $1 trillion from statins.

Statins Increase Risk of Diabetes by 38%

A team at Erasmus University Medical Center in The Netherlands published the study found in the British Journal of Clinical Pharmacology.8 The researchers wrote that several epidemiological studies had shown an association between statins and diabetes, but this team sought to analyze the associated glycemic traits with Type 2 diabetes.

They included 9,535 people in the Rotterdam Study who did not have diabetes at the start of the study. They followed the participants for 15 years and found those who used statin medications had a higher concentration of serum fasting insulin and insulin resistance as compared to those who had never used a statin.

This was associated with a 38% increased risk of developing Type 2 diabetes. The researchers concluded, “Individuals using statins may be at higher risk for hyperglycemia, insulin resistance and, eventually, Type 2 diabetes. Rigorous preventive strategies such as glucose control and weight reduction in patients when initiating statin therapy might help minimize the risk of diabetes.”

Unfortunately, the mechanism by which statins trigger Type 2 diabetes has not been fully identified and may not be related to obesity. Scientists have also identified a health condition called metabolically obese but normal weight (MONW),9 which is a subgroup of the population that has impaired insulin sensitivity and a higher risk of diabetes while being normal weight.

In this condition, the patient would appear to have a normal weight but have impaired insulin sensitivity, so weight reduction would not be an effective means of reducing the risk of Type 2 diabetes. Recent research has also found the same results — individuals taking statin medications have a higher risk of developing Type 2 diabetes.

Scientists have proposed multiple reasons10 for the increased risk of diabetes in those taking statins, including impaired insulin sensitivity and reduced secretion of insulin from pancreatic beta cells. One paper published in the International Journal of Molecular Science11 in 2020, reviewed the mechanisms by which statins appear to increase the risk. These included the impact on epigenetics through differential expression of microRNAs.

Another study12 published in the same year investigated the role of epigenetics by comparing DNA methylation in patients using statins against those who did not. They gathered evidence from five cohort studies that included 8,270 participants and found evidence that DNA methylation contributed to the effect that statin medications had on insulin traits.

A third retrospective cohort study13 looked at the results from 13,698 patients that were evenly split between statin users and non-statin users. Participants did not have atherosclerotic cardiovascular disease or diabetes in 2005 when the study began. The group was followed until 2013 and evaluated for the risk of Type 2 diabetes.

The results revealed that statin users had a significantly greater risk of new-onset Type 2 diabetes than non-users. The researchers separated the risk by statin medication and found that five-year use was associated with a higher risk for those taking simvastatin (Zocor), followed closely by atorvastatin (Lipitor).14

The researchers used a coronary artery calcium (CAC) score, which is a noninvasive CT scan designed to detect plaque buildup in the coronary arteries. It’s also called the cardiac calcium score,16 calcium scan or Agatston score.17 This score is often used to calculate the risk of developing coronary artery disease. The researchers wrote18 that statins may increase calcification but sought to examine the prognostic significance of the CAC score with statin medication use.

They compared statin users in 28,025 patients aged 40 to 75. Nearly 11 months after the results were published, Tucker Goodrich extracted the raw data19 from Table 1 into a graphic representation that demonstrated only in the highest CAC score range of 400 or greater were the data nearly identical between statin users and non-users.

The researchers acknowledge that only a baseline CAC score was known, so they were unable to evaluate whether statins influence the progression of calcification. The score ranges21 from zero to over 400, where zero is no plaque and low risk of a heart attack, 100 is patients with mild heart disease and a moderate risk of heart attack and the range from 101 to 400 represents modern amounts of plaque that could block a coronary artery.

Despite the raw data, others proposed22 patients should have more than one CAC score exposing them to the same radiation as 10 X-rays,23 as the information may alter the results of the study to show that statins had some benefits and reduced calcified plaque. However, this could not change the raw numbers that showed people taking statins died more frequently than those who didn’t.

In her 2018 peer-reviewed narrative review,24 “Statin Wars: Have We Been Misled About the Evidence?” published in the British Journal of Sports Medicine, Maryanne Demasi, Ph.D., a former medical science major turned investigative health reporter, delves into some of the ongoing controversies.

While Demasi’s paper is behind a paywall, she reviews her arguments in a presentation at the University of Sydney.25 Among them is the fact that the “statin empire” is built on prescribing these drugs to people who really don’t need them and are likely to suffer side effects without getting any benefits.

For example, some have recommended statins should be given to everyone over the age of 50, regardless of their cholesterol level. Others have suggested screening and dosing young children. Even more outrageous suggestions over the past few years include statin “‘condiments’ in burger outlets to counter the negative effects of a fast-food meal,” and adding statins to the municipal water supply.

Medical professionals are now largely divided into two camps, one saying statins are lifesaving and safe enough for everyone, and the other saying they’re largely unnecessary and harmful. How did such a divide arise when all have access to the same research and data?

Demasi suggests that to understand how health professionals can be so divided on this issue, you have to follow the money. The cost of developing and getting market approval for a new drug exceeds $2.5 billion. “An effective way to fast-track company profits is to extend the indications of an existing drug,”26 Demasi says, and this is precisely what happened with statins.

By simply revising the definition of “high cholesterol,” which was done in 2000 and again in 2004, millions of people became eligible for statin treatment, without any evidence whatsoever that it would benefit them.

As it turns out, eight of the nine members on the U.S. National Cholesterol Education Program panel responsible for these revisions had “direct financial ties to statin manufacturers,”27 Demasi says, and that public revelation sowed the first seed of suspicion in many people’s minds.

“The very nature of science is its contestability,” Demasi notes. “We need to be able to challenge and rechallenge scientific results to ensure they’re reproducible and legitimate.” However, there’s been a “cloud of secrecy” around clinical statin trials, Demasi says, as the raw data on side effects have never been released to the public, or other scientists.

The data are being held by the Cholesterol Treatment Trialists (CTT) Collaboration at CTSU Oxford, headed by Rory Collins, which periodically publishes meta-analyses of the otherwise inaccessible data. While the CTT claims to be an independent organization, it has received more than £260 million from statin makers.

How to Identify and Lower Your Risk of Heart Disease

As I have discussed before, it’s important to use simple strategies at home to help normalize your cholesterol and blood sugar levels. I believe a total cholesterol measurement has little benefit in evaluating your risk for heart disease unless the total number is over 300.

In some instances, high cholesterol indicates a problem when your low-density lipoprotein (LDL) or triglycerides are high, and your high-density lipoproteins (HDL) are low. You’re better able to evaluate your risk by looking at the two ratios below, in combination with other lifestyle factors such as ferritin and gamma-glutamyl transpeptidase (GGT) tests. To calculate your cholesterol ratios:28,29,30

However, rather than focusing on cholesterol, there are two tests far more important for assessing your CVD risk. These are the serum ferritin31 and gamma-glutamyl transpeptidase (GGT) tests.32 The GGT test can be used as a screening marker for excess free iron and is a strong indicator of your sudden cardiac death risk.

Do Your Homework Before Taking Statin Drugs

Before considering using statin drugs to reduce your cholesterol level in the hope of reducing cardiovascular events, it’s important to do your homework. One systematic review33 published in 2015 evaluated the results of 11 statin trials where patients were followed between two and 6.1 years.

This is a truly astounding finding, considering people take stains for years, if not decades, and the fact that these drugs are associated with a wide range of serious side effects that can decimate quality of life.

Evidence continues to mount that drug companies sponsored satin research and the resulting PR cannot be trusted oh, and that few of the millions of people currently taking these drugs derive any benefit from them. To learn more see “Statins Do More Harm Than Good”.