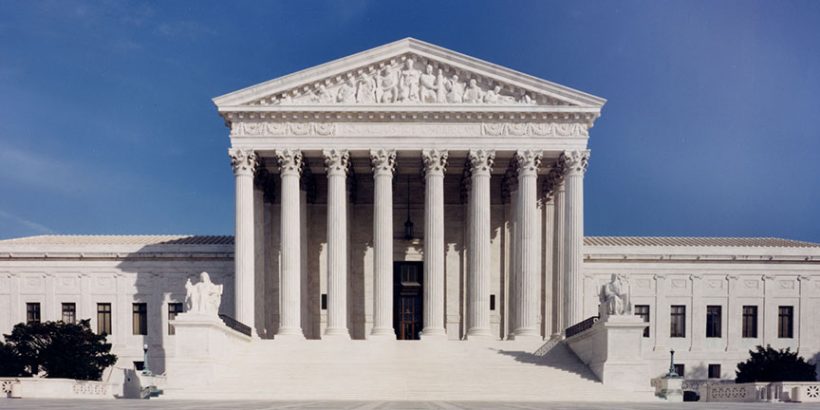 Did You Know the Supreme Court Will Finally Hear a Case This Fall on Election Law — That They Punted on Back in December 2020? — It’s Not Over Yet, Folks!

State Legislatures are full of political hacks. We don’t trust them. Unfortunately, at times we trust courts – state or federal – even less.

Take, for instance, the 2020 presidential election.

In the lead-up to the 2020 primaries and general election, Democrat state officials in every battleground state and many others, implemented illegal unilateral decisions that radically enabled illegal voting contrary to established law. These baldly partisan decisions were challenged in courts across the nation, with courts either dismissing the acts as unimportant, refusing to take action, or else upholding the propriety of the acts.

And, of course, we know what happened after the election: bent state and federal courts doubled-down and rubber-stamped election fraud – and even sanctioned lawyers who fought election fraud.

And even the US Supreme Court refused to hear the Texas motion that would have nullified the presidential elections in Pennsylvania, Michigan, Georgia and Wisconsin. SCOTUS claimed that Texas had not demonstrated a judicially recognizable interest in the manner. Over 18 states joined Texas in the lawsuit aginst Pennsylvania.

At the time Justice Clarence Thomas argued in dissent that the Court failed to provide clear rules for future elections.

Thomas was right.  His closing money quote is:

“One wonders what the Court waits for. We failed to settle this dispute before the election, and thus provide clear rules. Now we again fail to provide clear rules for future elections. The decision to leave election law hidden beneath a shroud of doubt is baffling. By doing nothing, we invite further confusion and erosion of voter confidence. Our fellow citizens deserve better and expect more of us. I respectfully dissent,” Thomas wrote on Monday…

…For more than a century, this Court has recognized that the Constitution operates as a limitation upon the State in respect of any attempt to circumscribe the legislative power to regulate federal elections,” he continued, quoting Supreme Court precedent. “Because the Federal Constitution, not state constitutions, gives state legislatures authority to regulate federal elections, petitioners presented a strong argument that the Pennsylvania Supreme Court’s decision violated the Constitution by overriding the clearly expressed intent of the legislature.”
“But elections enable self-governance only when they include processes that give citizens (including the losing candidates and their supporters) confidence in the fairness of the election,” Thomas added, quoting a recent Supreme Court case that held, “Confidence in the integrity of our electoral processes is essential to the functioning of our participatory democracy.”
“Unclear rules threaten to undermine this system. They sow confusion and ultimately dampen confidence in the integrity and fairness of elections,” he explained. “To prevent confusion, we have thus repeatedly — although not as consistently as we should — blocked rule changes made by courts close to an election.”

Most Americans assumed that was the end of the 2020 election legal challenges.  But that is not the case.  One case will be argued before the US Supreme Court this fall that could change this formula.

The US Constitution’s “Elections Clause,” Article I, Sec. 4 states:

“The Times, Places, and Manner of holding Elections for Senators and Representatives, shall be prescribed in each State by the Legislature thereof; but the Congress may at any time by Law make or alter such Regulations, except as to the Places of choosing Senators.”

The text makes it clear that the State Legislatures control the specifics of how elections run in their states unless Congress says otherwise. This is known as the “independent state legislature theory.” However, this is not, in fact, how things have been occurring. Gamesmanship by partisan state officials and even decisions of the legislatures have been challenged in state courts, with the states’ highest courts often trumping the will of the legislature.

Surprisingly, the Supreme Court has not, heretofore, explicitly ruled on this issue.

The Supreme Court will hear the Moore v. Harper case this fall.

The Supreme Court will take up a case from North Carolina next term that could upend federal elections by eliminating virtually all oversight of those elections by state courts. On Thursday, the justices granted review in Moore v. Harper, a dispute arising from the state’s efforts to draw new congressional maps in response to the 2020 census.

The issue returned to the Supreme Court in 2020, when the justices turned down a request by Pennsylvania Republicans to fast-track their challenge to a Pennsylvania Supreme Court ruling that required state election officials to count mail-in ballots received within three days of Election Day. In an opinion that accompanied the court’s order, Justice Samuel Alito (joined by Justices Clarence Thomas and Neil Gorsuch) suggested that the state supreme court’s decision to extend the deadline for counting ballots likely violated the Constitution.

After the Republican-controlled North Carolina legislature adopted a new congressional map in early November 2021, a group of Democratic voters and non-profits went to state court to challenge the map. They contended among other things that, because the state is roughly divided between Democrats, Republicans, and unaffiliated voters, the new map – which likely would have allowed Republicans to pick up two more seats in Congress, giving them as many as 10 of the state’s 14 seats – was a partisan gerrymander that violated the state’s constitution.

In February 2022, the North Carolina Supreme Court blocked the state from using the map in the 2022 elections and ordered the trial court to either approve or adopt a new map before the end of the month. The trial court adopted a new map, drawn by three experts appointed by the court…

…After considering the case at three consecutive conferences, the justices granted review on Thursday. The case will likely be argued in the fall, with a decision to follow sometime early next year.

Last weekend The Gateway Pundit spoke with Oath Keepers founder and president Stewart Rhodes, from his prison cell in Virginia waiting for his upcoming court case, and Attorney Jonathon Moseley, who represents Stewart.

** Please donate to the Stewart Rhodes Legal Defense Fund here if you can.

Stewart Rhodes and Moseley argue in this interview that the upcoming Supreme Court case Moore v. Harper will not only decide state election law in the future but will call into question the legality of the 2020 election.

According to Stewart and John, the Supreme Court feels it is safer today to deal with this issue than it was following the controversial 2020 election.

This is an amazing discussion.