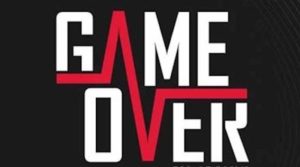 The Trump Administration has done research on HCQ, light therapy, etc., which supports Trump’s statements of healing. More studies are coming out in support of HCQ as it acts as a vaccine. In the right dosage, it stops the virus.

Fear, worry and panic are tactics used against the people by the DS/MSM to remain in power. When we have the cure, their tactic are powerless.

Richard Grenell has cleared all 53 transcripts for release. Adam Schiff has kept them hidden from the public. Now that Dan Coates is gone and Richard Grenell is in place, Schiff is being exposed. “Sorry, Adam, but the game is now over…”

Friday morning, May 1, 2020, CBS reported testing lines for Covid-19 were backed up.  Project Veritas, an investigative reporting establishment, uncovered the real story. Medical staff were waiting in their cars while filming was taking place. Nobody had Covid! It was all fake-news, to keep the public in fear!

Remembering names is a very useful tool when needing to pull information quickly. Texas Judge Eric Moyé, (remember the name), told salon owner, Shelley Luther, she must obey the stay at home order and could avoid jail time if she apologized for working, admitted she was selfish, and agreed to close her business until allowed to open.

She had to open her business, there were little mouths to feed.  She refused and the judge, (remember the name), slapped her with 7 days jail time, no bail and a $7000.00 fine. Is this to keep the public in fear? It’s becoming clear politics is the driving force, not the virus.

Diane Feinstein has had many years of ties to China. One of her staffers was a Chinese spy. She happened to chair the Intelligence Committee at the time. Did she know he was a spy? Were they secretly communicating this way?

Chris Wray is thought to new a White Hat and has had to sit on records possibly being used in a current investigation. Nobody knew which side he was on, but it appears he has been working to clean up the corrupt FBI offices from all over the country. In the beginning, Q told us to, ‘Trust Wray.’ Now the DS players are panicked. What corruption did Wray find?

The President of Tanzania suspected skewed covid numbers. He allowed for fake testing to be done on a pawpaw (fruit) and on a goat. Both results came back Covid positive. Brilliant move, Sir! Fake tests, fake testing sites, fake news, all to keep the public in fear. When fear no longer works, the DS resorts to threats.

Sometimes the public will only know the truth by showing them. When people have had enough of being controlled and we aren’t afraid anymore, the will to change ignites a revolution within us. We are here, and will also remember these names come November.

The DS puppets take orders from the top. Once Durham, Huber, Wray and others, present their investigations, everything will make sense to the people. Targets have been painted, BOOM week ahead, treason doesn’t pay well in the end!