We Are Becoming More Unified As A Nation, And When That Happens, Americans Will Be Unstoppable! 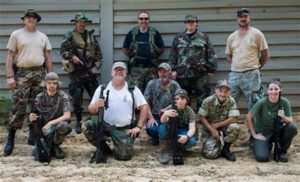 We have every right as US citizens, to earn a living, drive to the store, worship in church, peacefully protest, bear arms, and much more.  With this ‘plan-demic,’ our rights have been severely violated. Refusing to be locked up any further, we woke up, began banding together, and the DS panicked.

Was this riot thrown together at the last minute? Not on your life! It was carefully calculated, timed, bringing pallets of bricks and bus-loads of thugs, into our cities to create mayhem and harm. For what purpose?

Who funded all of this? George Soros, but let’s not forget the many Hollywood actors who contribute to Antifa. Since they have been declared a terrorist organization, does this mean anyone who funds them is aiding a terrorist? Why are we still supporting Hollywood?

One citizen from Santa Monica called the police because there was a dangerous standoff between his neighbor and some protestors. He got this response: “Sir, the city is under attack. Do what you have to do.” Then they hung up. What happens if people don’t have a way to protect themselves?

Can you imagine being hired to do your job then be told by your boss you cannot do it? Many police officers have been told to stand down. Was your governor or mayor one of these?

Many Americans are seen standing together in front of businesses, protecting cops, property, and each other. These people are called ‘friends of the people.’ The media, those who spin the truth, lie, and spread fake news, are the ‘enemy of the people.’

A touching video has surfaced of a young African American boy and a Portland police officer hugging. Tension is crumbling, trust is building, respect is growing.  We are becoming more unified as a nation, and when that fully happens, we will be unstoppable!