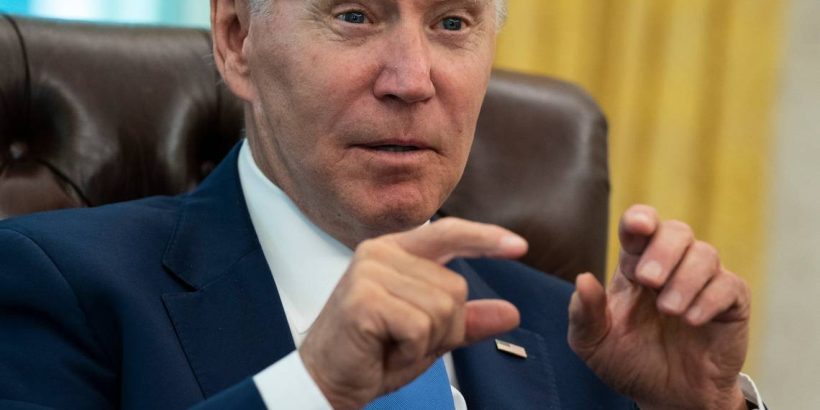 Texas Republicans passed a resolution on June 18 stating that President Joe Biden was “not legitimately elected,” and that “substantial” election fraud in key metropolitan areas influenced the results of the 2020 presidential election in favor of Biden.

“We believe that the 2020 election violated Article 1 and 2 of the US Constitution, that various secretaries of state illegally circumvented their state legislatures in conducting their elections in multiple ways, including by allowing ballots to be received after November 3, 2020,” stated a resolution passed on Saturday, the last day of a three-day biennial Texas GOP convention held in Houston, the Texas Tribune reported.

“We reject the certified results of the 2020 Presidential election, and we hold that acting President Joseph Robinette Biden Jr. was not legitimately elected by the people of the United States,” it added.

The state’s GOP, the largest in the nation, passed the resolution after delegates sat through a Thursday screening of “2000 Mules,” a documentary directed by conservative author and filmmaker Dinesh D’Souza.

The movie features the undercover investigative work of David Lara, a citizen investigator, and Arizona State Senate candidate Gary Snyder, as well as investigations conducted by the election integrity organization “True The Vote” on an alleged coordinated ballot trafficking operation during the 2020 election.

Described as an exposé of “widespread, coordinated voter fraud in the 2020 election,” the movie draws on cell phone location data paired with video surveillance footage that allegedly showed a cohort of people dropping ballots off at drop boxes situated outdoors on average more than 20 times each. Those people were dubbed by the investigators as “mules.”

While some states allow people to gather ballots from certain people and drop them off, the volume of ballots inserted into the boxes, and the fact that the people went to multiple boxes to drop ballots off, showed what happened was illegal, filmmakers say.

“The mules are instructed to do three votes over here or five votes over there, 10 votes over here, they spread it around so as not to raise eyebrows and not to raise suspicion,” D’Souza previously said on EpochTV’s “Crossroads.”The scale of the operation was enough to tip the 2020 election, he added.

The Texas GOP passed the resolution on Saturday afternoon during a voting session on the party’s platform and legislative priorities.

Other issues endorsed in the state Republican’s latest platform include a call to abolish abortion, preserve gun rights, remove Marxist ideology and critical race theory from schools, and ban gender modification of children.

James Wesolek, communication director for the Republican Party of Texas, told The Epoch Times that 5,500 delegates attended the convention, which offers Republicans an opportunity to set priorities for the next legislative session in 2023 and elect party leaders.

According to the U.S. National Archives, Joe Biden received 306 electoral votes in the 2020 election and Donald Trump received 232 electoral votes. Trump and conservative figures across the country have alleged since then that substantial fraud influenced the 2020 election results. Democrats and mainstream media have vociferously denied such allegations, claiming them to be unfounded.

The Texas GOP, in the resolution, called on voting conservatives in the state to work to “overwhelm” any possibility of voter fraud.

“We strongly urge all Republicans to work to ensure election integrity and to show up to vote in November of 2022, bring your friends and family, volunteer for your local Republicans, and overwhelm any possible fraud,” the resolution stated.