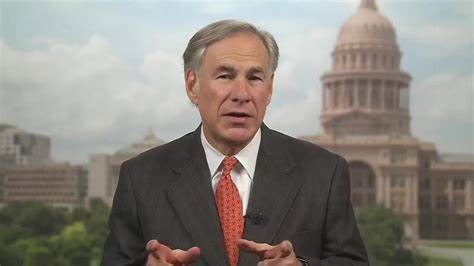 Texas Gov. Greg Abbott on Wednesday said that his government will provide charter buses or flights to transport illegal immigrants released from federal custody into its territory to Washington D.C.

The Republican made the remarks during a press briefing, saying that his state on the southern border has been “overwhelmed by hordes of illegal immigrants who are being dropped off by the Biden administration.”

“We are sending [the illegal immigrants] to the United States capital where the Biden administration will be able to more immediately address the needs of the people that they are allowing to come across our border,” Abbott told reporters.

The measure comes in response to the lifting of Title 42 by the Biden administration last week.

The public health provision is a Centers for Disease Control and Prevention (CDC) order that was invoked in March 2020 under President Donald Trump to minimize the spread of COVID-19 by ensuring that only essential travel occurred at U.S. borders.

It directed that illegal immigrants could be quickly expelled back into Mexico as a pandemic precaution, rather than be processed under Title 8 immigration law, which is a much more protracted process inside the United States.

As the Biden administration prepares to drop the measure on May 23, Border Patrol agents and local officials along the border are bracing for an even greater influx of illegal immigrants.

In a release that followed shortly after the governor’s press conference, Abbott’s office said only those who volunteer will be transported, and must show documentation that they have been processed by the Department of Homeland Security.

“The Biden Administration’s open-border policies have paved the way for dangerous cartels and deadly drugs to pour into the United States, and this crisis will only be made worse by ending Title 42 expulsions,” Abbott said.

“With the end of Title 42 expulsions looming next month, Texas will immediately begin taking unprecedented action to do what no state has done in American history to secure our border,” the governor added.

“The new strategies announced today and next week will further strengthen our already robust response to the Biden border disaster, and we will use any and all lawful powers to curtail the flow of drugs, human traffickers, illegal immigrants, weapons, and other contraband into Texas.”

The state may announce additional policies in the coming weeks to “respond to the expected surge in illegal immigration,” the governor’s office added.