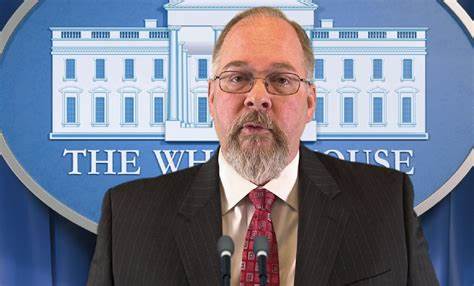 Special Counsel John Durham’s team on April 6 asked a federal judge to force Hillary Clinton’s presidential campaign and two other parties to hand over documents they claim are protected by attorney-client privilege.

The campaign, the Democratic National Committee (DNC), and Fusion GPS appear to be withholding documents that aren’t actually protected by the privilege, Durham’s team said in the filing, entered in the case against ex-Clinton lawyer Michael Sussmann.

Of the withheld materials, almost all “appear to lack any connection to actual or expected litigation or the provision of legal advice,” prosecutors told U.S. District Judge Christopher Cooper, an Obama appointee who is overseeing the case.

In fact, of the 1,455 documents being withheld by Fusion, only 18 emails and attachments are said to involve an attorney.

The Clinton campaign, the DNC, and Fusion did not respond to requests for comment.

The documents in question are being sought for the upcoming trial of Sussmann, who was charged with lying to the FBI for going to a bureau lawyer in 2016 and falsely stating he didn’t hand over unsubstantiated claims about then-candidate Donald Trump on behalf of a client.

The claims were compiled with funding from the campaign and the DNC by ex-British spy Christopher Steele and Fusion, an operative firm founded by former reporters.

Sussmann and his lawyers have argued the lie about not bringing the information on behalf of a client was not material to the information itself. They have been pressing the judge to dismiss the case prior to trial.

Attorney-client privilege protects many communications between a client and their lawyer. Disclosure to third parties usually undercuts privilege claims.

In the new filing, Durham’s team pointed out that Fusion founders Glenn Simpson and Peter Fritsch penned a book published in 2019, which means even if a valid privilege did once exist, it might have since been waived.

Prosecutors also noted that Fusion operatives regularly communicated with reporters about their work, resulting in several stories before the 2020 election and a spate of others after voters hit the polls.

Further, the Clinton campaign (HFA) and the DNC have claimed privilege over communications sent between Rodney Joffe, whom Sussmann was also representing at the time, and a Fusion operative, “despite the fact that no one from either the DNC or HFA is copied on certain of these communications,” prosecutors said.

The government subpoenaed information from the parties in 2021.

Fusion was paid by the Democrat entities through Perkins Coie, a law firm. The agreement was introduced as an exhibit in the case.

Many if not most of the actions taken by Fusion employees “do not appear to have been a necessary part of, or even related to” Perkins Coie’s legal advice to the campaign and the DNC, Durham’s team said.

Prosecutors want to examine the communications in a private, in-camera setting “in order to resolve these issues and ensure that only legitimately privileged and/or attorney work product-protected communications and testimony be withheld from the otherwise admissible evidence and testimony that is presented to the jury at trial.”

The trial is currently set to start on May 16.