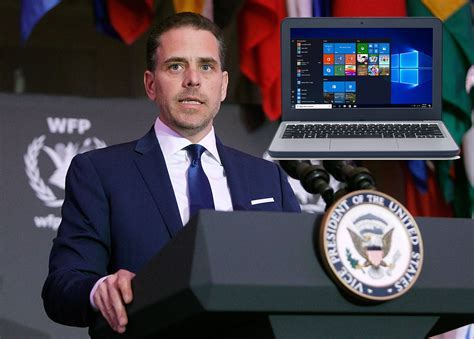 Jack Maxey, the former co-host on Steve Bannon’s “War Room” podcast, says he plans to release thousands of deleted files that have been recovered from Hunter Biden’s abandoned laptop.

Maxey told the Daily Mail that his team recovered 80,000 images and videos and 450 gigabytes of “erased material,” including over 120,000 emails from the laptop Hunter Biden abandoned at the Delaware computer repair shop in 2019. Maxey also revealed that he’s the source that has leaked copies of the hard drive to various media outlets.

Maxey has left the United States, fearing reprisal from the Biden administration. He claims he saw black SUVs outside his house after contacting the Daily Mail about Hunter’s laptop. So he’s gone to Switzerland to protect himself.

“I came here so that we could do a forensic examination of Hunter’s laptop safely in a country that still respects human liberty and the ideals of liberal democratic principles,” Maxey said. “I do not believe this would have been possible inside the United States. We had numerous attempts on us from trying to do a thing like this there.”

Maxey said that no major news outlet would review the laptop’s contents. He also says that he reached out to a former U.S. intelligence agency staffer friend, who advised him to release more material from the laptop or he would be “a dead man.”

“Very dear friends of mine, the sharp tip of the spear, were making welfare calls to me every day, basically to see if I was still alive,” Maxey told the Daily Mail.

Maxey believes the U.S. government is “hunting down files from the laptop posted online and flagged them” to the file-sharing companies.

“There were five drop boxes: two in the United States, one in New Zealand, two in the U.K. All the same drop boxes in which they tell us child pornography is shared around the globe without any consequence because they can’t look at it,” Maxey said. “These are all Five Eyes countries, English-speaking countries in an intelligence-sharing agreement. And they were all ripped down.”

According to Maxey, this means our intelligence services “were obviously diligently doing cache searches across the internet to find out if any of this stuff was being released.”

“That should terrify every single decent person in the West.”

The mainstream media has recently conceded that the laptop was real and not part of a Russian disinformation campaign, as they had initially claimed. The laptop is reportedly full of incriminating evidence against not only Hunter Biden but Joe Biden as well.