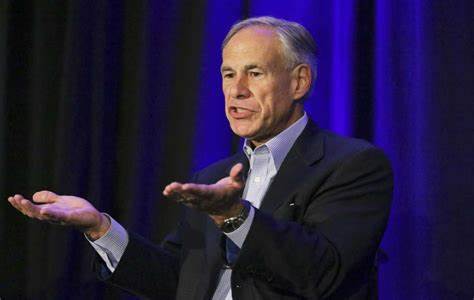 The sixth bus of illegal immigrants who were picked up along the southern U.S. border was sent to Washington, D.C., from Texas on late Sunday night, according to Gov. Greg Abbott’s office.

Footage showed the bus arriving with the unlawful aliens at D.C.’s Union Square on Sunday evening, according to local outlet WUSA-9.

In a statement on Sunday, Abbott, a Republican, confirmed the bus was sent from Texas to Washington and argued it must be done this way due to what he described as the Biden administration’s mismanagement of illegal immigrants pouring in from Mexico.

“The sixth bus transporting a group of unlawful migrants to Washington, D.C. from Texas will be arriving at the nation’s capital today, April 17,” Abbott’s statement said, confirming the bus would drop off the illegal immigrants at Delaware Ave and Columbus Circle. “This busing strategy is part of Governor Abbott’s response to President [Joe] Biden’s ongoing failure to secure the border.”

Earlier this month, the Texas governor started sending buses of illegal immigrants to Washington, drawing both praise and condemnation from different groups. Florida Gov. Ron DeSantis, also a Republican, has similarly proclaimed that illegal immigrants in his state will be sent to Delaware, President Joe Biden’s home state.

The White House previously dismissed Abbott’s proposal as a “publicity stunt” while saying that he lacks the authority to do so.

“I’m not aware of what authority the governor would be doing that under,” White House press secretary Jen Psaki told reporters earlier in April. “I think it’s pretty clear this is a publicity stunt. His own office admits that a migrant would need to voluntarily be transported, and he can’t compel them to because, again, enforcement of our country’s immigration laws lies with the federal government, not a state.”

“If Abbott focused on solutions instead of stunts, then Texas could have made some real progress on the issue over the last seven years,” O’Rourke said several weeks ago.

Earlier this month, the Biden administration rescinded Title 42, a Centers for Disease Control and Prevention rule that blocked people from seeking asylum if they were coming from a country that is seeing the transmission of a communicable disease, namely COVID-19. The rule, which was implemented under the Trump administration, is slated to expire on May 23.

Republicans and some Democrats have called on Biden to reinstate the rule, arguing that by letting it expire, even more illegal immigrants will pour across the southern border than in previous years.