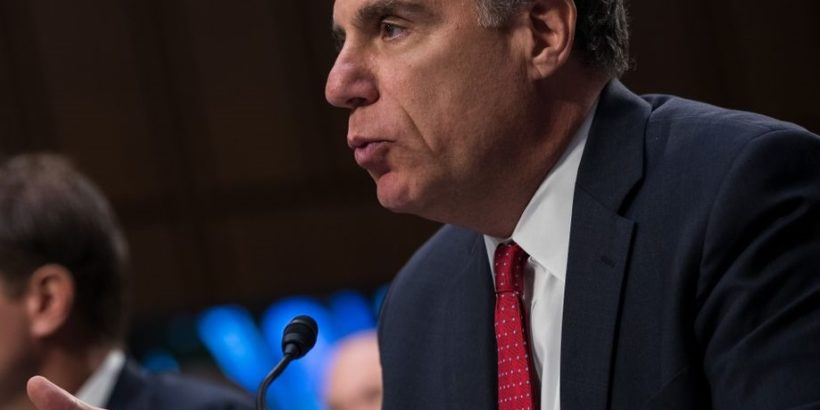 Keep in mind the DOJ Inspector General Horowitz does NOT have prosecutorial authority so he cannot indict anyone. He can refer criminal prosecution to the Attorney General or U.S. Attorneys who do have the authority to prosecute.

Think of the IG as an in-house internal affairs investigator. So if you are looking for indictments, you will be deeply disappointed.

The IG report will showcase not only the in-house malfeasance, policy and procedure violations but it will reveal corruption and complicity of the deep state players. This will help wake up the sleeping masses and educate the public. So, the intent of the IG report is not to indict but to bring awareness to the masses. Remember, this is a public information military operation. The White Hats must methodically follow procedures precisely (The Plan) or everyone walks! – Leonard Bacani

Here’s What To Know About It

The Justice Department’s watchdog will release a much-anticipated report Monday scrutinizing the FBI’s investigation of the Trump campaign in 2016.

Republicans have eagerly awaited the report, believing it will reveal that the FBI abused the foreign surveillance court process in order to spy on Trump campaign adviser Carter Page. Democrats hope the report will show that the FBI had a sound basis to investigate the Trump campaign.

Here’s everything you need to know in anticipation of the release of the report. (RELATED: ANALYSIS: As FISA Report Draws Near, A Review Of The FBI’s Flimsy Claims About Carter Page)

At the heart of the probe is whether the FBI misled the Foreign Intelligence Surveillance Court (FISC) regarding information from Christopher Steele, a former British spy who worked in 2016 for the DNC and Clinton campaign.

The FBI relied on information from Steele to assert there was probable cause to believe Carter Page was a working as an agent of Russia. Michael Horowitz, the Justice Department’s highly respected inspector general, opened an investigation March 28, 2018, that initially focused on how the FBI handled Steele’s information, and whether investigators disclosed everything they knew about the dossier to the FISC.

That part of the report will likely focus on at least two FBI informants: Steele and Stefan Halper, a former Cambridge professor whom the FBI tasked to connect with Carter Page and Trump aide George Papadopoulos. (RELATED: EXCLUSIVE: A London Meeting Before The Election Aroused George Papadopoulos’s Suspicions)

Horowitz’s team has conducted more than 100 interviews, and reviewed more than 1 million pages of documents as part of the investigation.

Investigators with the OIG interviewed FBI officials who worked on the Trump-Russia probe. They also interviewed Steele, who was initially reluctant to cooperate with the investigation.

The report is also likely to include an assessment of whether FBI officials were biased against Trump during the Russia probe. During an investigation into FBI activities during the Hillary Clinton email investigation, Horowitz’s team discovered anti-Trump text messages that FBI counterintelligence official Peter Strzok exchanged with FBI lawyer Lisa Page.

Strzok and Page were heavily critical of Trump in the messages. In a text Aug. 8, 2016, Strzok told Lisa Page that “we’ll stop” Trump from becoming president. He also referred to an “insurance policy” against Trump in an Aug. 15, 2016, message to Page, with whom he was having an affair.

What did the FBI allegedly do wrong?

Republicans have accused the FBI of abusing the Foreign Intelligence Surveillance Act (FISA) process by relying on the unverified Steele dossier to obtain warrants against Page. They’ve also accused the bureau of withholding information about Steele’s anti-Trump bias, and that he was working on behalf of the DNC and Clinton campaign to dig up dirt on Trump. (RELATED: DOJ Releases Heavily-Redacted Carter Page FISA Applications)

The FBI’s applications do say in a footnote that Steele’s client was likely looking to “discredit” Trump’s candidacy, but they do not explicitly state that Steele was working for the DNC and Clinton campaign.

Republicans have also faulted the FBI for failing to disclose that Steele told Justice Department official Bruce Ohr that he was “desperate” to see Trump lose the election.

Steele, a former MI6 officer, cited sources who said Page was part of a “well-developed conspiracy of cooperation” between the Trump campaign and Russian government.

Steele also said it was Page’s idea to release hacked DNC emails through WikiLeaks, and that Page met in July 2016 in Moscow with two Kremlin insiders, Igor Sechin and Igor Diveykin.

Carter Page, former foreign policy adviser for the Trump campaign, speaks to the media after testifying before the House Intelligence Committee on November 2, 2017 in Washington, DC. (Photo by Mark Wilson/Getty Images)

But the tide turned on the dossier toward the end of 2017 after it was revealed that Democrats had hired Fusion GPS, the opposition research firm that hired Steele. Steele and the FBI came under more scrutiny as nearly all of the dossier’s Trump campaign-specific allegations remained either unverified, or have been disproved. (RELATED: Here’s What Is True And False In The Steele Dossier)

The special counsel’s investigation undercut the dossier’s central claim of a Trump-Russia conspiracy, as well as the premise of the FBI’s FISA applications.

“FBI believes Page has been collaborating and conspiring with the Russian government,” reads the FBI application.

The special counsel’s report said that there was no evidence that any Trump associates, including Page, worked as Russian agents, or were involved in WikiLeaks publishing stolen DNC emails. Page has vehemently denied ever meeting Sechin and Diveykin. The special counsel did not allege any meetings occurred.

What has leaked out about the report?

As expected with any high-profile report, some details of what is in a draft of Horowitz’s 500-page document have leaked out to the press.

The leaks have most likely sprung from former government officials who were interviewed during the investigation. Inspectors general typically allow individuals scrutinized in reports to review the documents for accuracy. That creates a situation where sources for the leaks have an incentive to spin information in the report in their favor.

The leaks so far have cut against some of conservatives’ more grandiose theories about the FBI’s Trump-related activities, while saying Horowitz will fault some in the FBI for sloppiness and carelessness in the Trump-Russia investigation.

According to those leaks, Horowitz’s report will say the FBI met the relatively low bar required to both open a counterintelligence investigation against Trump campaign associates, as well as to obtain surveillance warrants against Page.

Horowitz will also criticize FBI officials for their handling of the FISA applications, according to leaks to The New York Times and Washington Post.

Horowitz also reportedly uncovered evidence that an FBI attorney altered documents that were used to obtain renewals of the Page FISAs. The New York Times reported that the now-former attorney is Kevin Clinesmith. Clinesmith is the same lawyer who sent anti-Trump text messages that were identified in Horowitz’s investigation of the Clinton email probe. Clinesmith was the FBI’s lead lawyer on the Russia investigation prior to the appointment of Robert Mueller as special counsel. He also took part in an interview of George Papadopoulos. (RELATED: FBI Lawyer Who Sent Anti-Trump ‘Resistance’ Text Messages Also Altered Russia Probe Documents: Report)

The Times has also reported that Horowitz’s investigation has looked at the activities of Stefan Halper, the former professor reported to have worked as an FBI informant.

What questions need to be answered?

Republicans have a long wish list of topics that they hope will be addressed in the report.

Chief among them is what the FBI did to investigate the Steele dossier, and to vet Steele himself.

Republicans also want to know whether the FBI targeted Trump associates before formally opening the Trump-Russia probe July 31, 2016. Halper, the FBI informant, made his first contact with Carter Page in the U.K. on July 10, 2016. The FBI has not explained if Halper was working on behalf of the bureau at that time.

Steele’s contacts with the media could also be addressed in the report. On Jan. 4, 2018, Sens. Chuck Grassley and Lindsey Graham asked the Justice Department and FBI to investigate whether Steele lied to the FBI by claiming that he did not share any information from the dossier with journalists. The FBI’s FISA applications stated Steele said he only shared information with Fusion GPS and the bureau. But it has since been well established that Steele briefed numerous reporters in September and October 2016 about his Trump investigation.

At least two reporters who met with Steele published stories before the election that were based on the ex-spy’s information. (RELATED: Nunes: FBI Withheld Exculpatory Information On Carter Page From FISA Court)

What happens after the report comes out?

On Dec. 11, two days after the FISA report is released, Horowitz will testify before the Senate Judiciary Committee about the investigation.

If Horowitz submitted any criminal referrals to the Justice Department, those investigations could unfold over the coming months. U.S. Attorney John Durham is also investigating areas similar to those covered by Horowitz. Durham’s probe is more expansive. He is looking at CIA activities along with those at the FBI.

It is unclear if Durham will produce a public report at the end of his investigation.

June 2016: Fusion GPS, which was co-founded by Glenn Simpson, hires Steele, who is based in London, to dig up dirt on Trump and his associates’ possible ties to Russia.

June 20, 2016: Steele writes the first of 17 memos laying out salacious allegations against Trump. The first memo alleged the Kremlin had a blackmail video of Trump in Moscow in 2013.

July 5, 2016: Steele meets with a longtime FBI contact, Michael Gaeta, in London to share information he had gathered in the fledgling Trump probe.

Early August 2016: Ohr meets with then-FBI Deputy Director Andrew McCabe and briefs him on the Steele meeting. Ohr has testified that Steele relayed to him information that would later be in the dossier, and that he shared that information with McCabe. 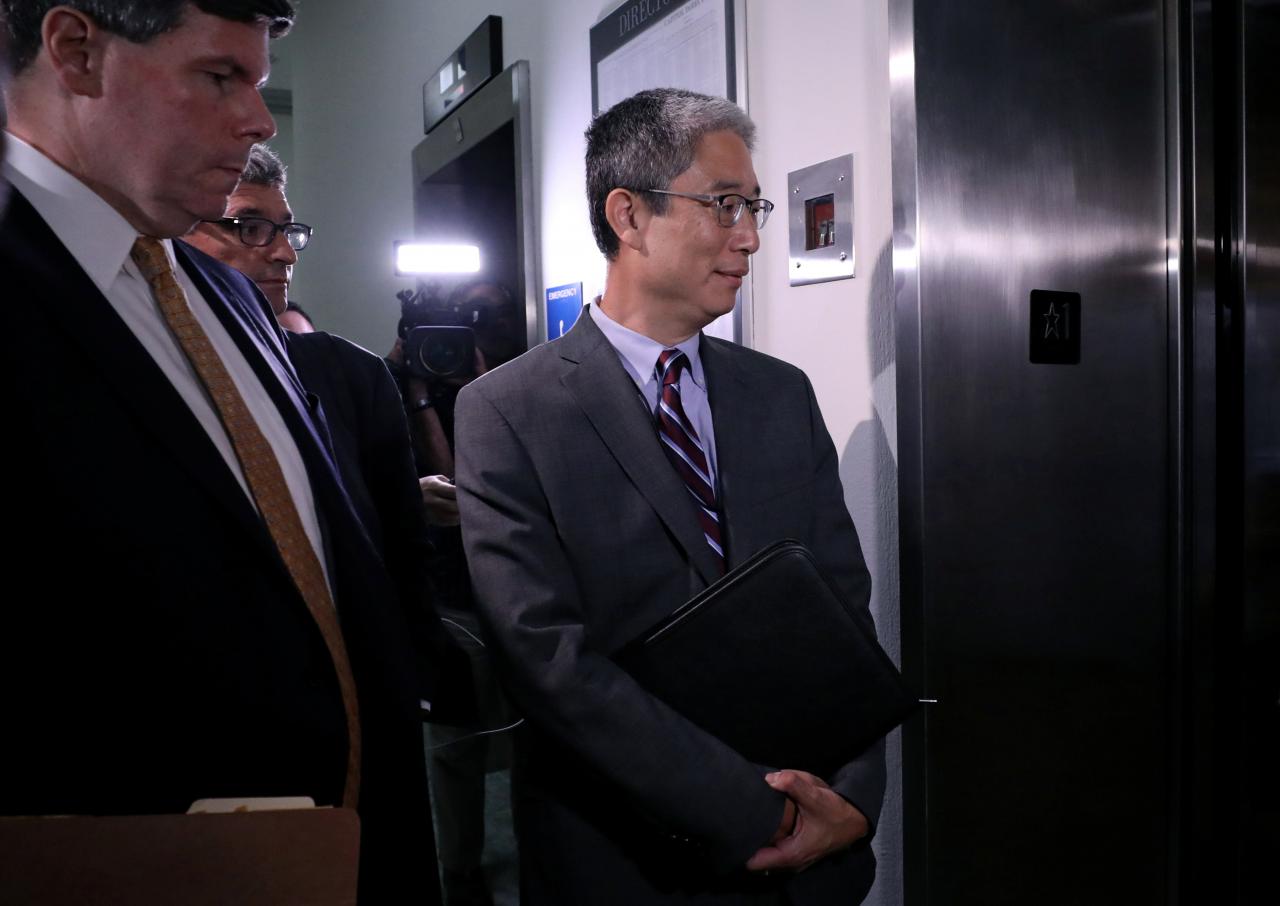 Sept. 22, 2016: Steele and Simpson meet with a group of reporters in Washington, D.C., regarding Steele’s investigation of Trump. One of those reporters was Michael Isikoff of Yahoo News.

Sept. 23, 2016: Isikoff reports information that Steele provided in the meeting the day before.

Oct. 3, 2016: Steele meets with Gaeta and a team of FBI agents in Rome. According to Fusion GPS founders Glenn Simpson and Peter Fritsch, the FBI agents ask Steele if he had any information on George Papadopoulos. Steele said he did not.

Oct. 31, 2016: The FBI cuts official ties with Steele after discovering that he spoke with reporters. That same day, Mother Jones’ David Corn publishes an interview with Steele, who was not identified by name. Winer was also a source for Corn.

After Trump’s election win Nov. 8, 2016, FBI officials ask Ohr to continue corresponding with Steele. Ohr reported back to his FBI contacts at least a dozen times between Nov. 22, 2016, and May 2017.

Republicans have questioned whether Ohr had a conflict of interest since his wife worked for Fusion GPS.

November 2016: Sir Andrew Wood, a former British diplomat and Steele associate, tells Sen. John McCain and his longtime colleague, David Kramer, about Steele’s investigation. McCain arranges for Kramer to fly to London to meet with Steele. The pair meet, and make arrangements to provide the dossier to McCain.

Dec. 9, 2016: McCain gives Comey a copy of the dossier, unaware that the FBI already possessed the document.

Late December 2016: According to Kramer, Steele directed him to meet with BuzzFeed reporter Ken Bensinger, and Carl Bernstein, the legendary Watergate reporter who is now a CNN correspondent.

Jan. 6, 2017: Comey briefs Trump about the salacious allegations in the dossier.

Investigative Reporter for The Daily Caller.