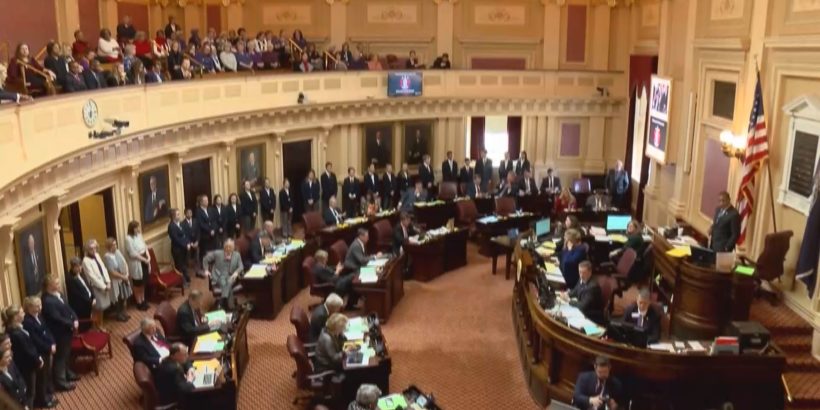 Democratic lawmakers on Capitol Hill say local police who do not enforce gun control measures likely to pass in Virginia should face prosecution and even threats of the National Guard.

After November’s Virginia Legislature elections that led to Democrats taking control of both chambers, the gun control legislation proposed by some Democrats moved forward, including universal background checks, an “assault weapons” ban, and a red flag law.

Legal firearm owners in the state, however, joined with their sheriffs to form Second Amendment sanctuary counties, which declare the authorities in these municipalities uphold the Second Amendment in the face of any gun control measure passed by Richmond.

Over 75 counties in Virginia have so far adopted such Second Amendment sanctuary resolutions in the commonwealth, the latest being Spotsylvania County. The board of supervisors voted unanimously to approve a resolution declaring that county police will not enforce state-level gun laws that violate Second Amendment rights.

Virginia Democratic officials, however, already say local law enforcement supporting these resolutions will face consequences if they do not carry out any law the state Legislature passes.

“I would hope they either resign in good conscience, because they cannot uphold the law which they are sworn to uphold, or they’re prosecuted for failure to fulfill their oath,” Democratic Virginia Rep. Gerry Connolly told the Washington Examiner of local county police who may refuse to enforce future gun control measures. “The law is the law. If that becomes the law, you don’t have a choice, not if you’re a sworn officer of the law.”

Democratic Virginia Rep. Donald McEachin suggested cutting off state funds to counties that do not comply with any gun control measures that pass in Richmond.

“They certainly risk funding, because if the sheriff’s department is not going to enforce the law, they’re going to lose money. The counties’ attorneys offices are not going to have the money to prosecute because their prosecutions are going to go down,” he said.

“And ultimately, I’m not the governor, but the governor may have to nationalize the National Guard to enforce the law,” he said. “That’s his call, because I don’t know how serious these counties are and how severe the violations of law will be. But that’s obviously an option he has.”

Virginia Attorney General Mark Herring blamed the numerous Second Amendment resolutions in the state on the “gun lobby” as a tactic to frighten state residents.

“The resolutions that are being passed are being ginned up by the gun lobby to try to scare people. What we’re talking about here are laws that will make our communities and our streets safer,” Herring told CBS 6.

“So, when Virginia passes these gun safety laws that they will be followed, they will be enforced,” he added.