Why Wait Until October To Declassify? 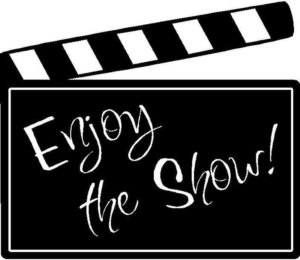 We are told to ‘Enjoy the show!’

Before this pandemic even started, if we told people, ‘This show is about a theory involving a Deep State who will create an illness pandemic. Everyone will be made to stay at home. No one can go to work or leave home.

Everyone will have to wear a face mask. Everyone will think the plague hit. The mainstream media will be brutal on the President blaming him for the plague coming to our shores.

Then, Mayors and Governors will say, ‘There is nothing we can do about this.’  They will tell their police force to stand down, and not to interfere with these looters, rioters and murderers. This will continue for months and months.”

If people were told this, they would think someone was out of their mind for suggesting such a notion.

Why wait until October to expose the truth?

Steve Scully was an intern for Joe Biden years ago. He was slated to be the 2nd Presidential debate moderator. Last week, he sent out a tweet to Scaramucci asking how he should handle Trump. Instead of it being a private conversation, Scully sent it out on his public Twitter page. It was up for hours.

Finally, his whole account was taken down and that tweet was removed. Later, Scully claimed his account was hacked and someone posted that tweet. Ironically, his account was ‘hacked’ twice before; once in 2012 and another in 2013. He blamed his tweets on a hack job. Is he lying about these hacks?

If he is lying, how can he be a debate moderator? If he’s telling the truth, shouldn’t this event be reported to the FBI for further investigation? Wouldn’t this be considered ‘election interference?’ Thankfully for Steve Scully, (and Joe Biden) the October 15, debate has been called off.

Trump has received another endorsement. The Florida Police Chief’s Association has never endorsed a presidential candidate until now. President Trump believes in Law & Order. This is why the Police Officers are endorsing him.

Flynn never had charges against him that would stick against the rule of law. The Patriots knew this but needed the people to see it. People are wondering why Judge Sullivan isn’t releasing Flynn when the prosecutors already have.  Why is a judge acting as a prosecutor? You can’t just tell the people, they must be shown.

Someone caught Rick Wilson with Project Lincoln, who is not a Trump supporter, dining with Peter Strzok. Why? Sara Carter tweeted out they are working on coup 3.0! More lies require more cover-ups. This is how they get caught!

Reporters keep asking Biden about packing the Supreme Court. Why does he keep dodging the question? Finally, one reporter engaged in a conversationn with Biden.

Biden: “You are probably asked by the viewers who are Republicans who don’t want me continuing to talk about what they’re doing to the court right now.”
The reporter asked him directly, “…Don’t the voters deserve to know?”
Biden adamantly said, “NO THEY DON’T! I’m not gonna play his game?”

So Biden, if elected by the voters, doesn’t believe the voters deserve to know if he will pack the courts. Doesn’t he represent the voters! They have every right to know his plan.

Didn’t we see this a few years back when Nancy Pelosi said the American people don’t need to know what is in ObamaCare until it is passed? We know that was a disaster for the middle and upper class!

FDR’s own party told him he could not pack the Supreme Court because it would destroy it. Here we are with the radical Left Democrats pushing Biden to do this.  Is he too weak to fight them off?

Digital Soldiers are everywhere! The radical Left thought they could use Social Media to their advantage, but they underestimated the power of the Digital Solders. We stand for law and order. We fight for truth. We call out hypocrisy and bias censorship.

Is this why Facebook, Twitter, You-Tube, etc., keep changing the terms of service, so they can shut down Digital Soldiers in anyway they can? What else are Conservatives to believe?

We know mail-in voting has been a huge problem with duplicates, the deceased, mis-printed and fabricated ballots. More and more stories are being reported about mail-in fraud.

In Michigan, there were 6,145 absentee ballots which must be replaced due to one candidate’s name being left off. In Ohio, almost 50,000 voters received wrong absentee ballots.

We learned Richard Grenell’s Twitter account was locked  (by Twitter) because he tweeted out that someone in California received two ballots. Twitter complained that Ric publicly exposed the address which goes against the rules. However, Ric received permission from the voter.

In another account from Richard Grenell, he said, “German journalist living in the US (with no US voting rights) received multiple ballots in the mail.” This is outrageous!  There is so much voter fraud!

Trump exposed voter fraud in North Carolina. People have been arrested for dumping mail, some of which held ballots. Voting in person is the only safeguard against voter fraud!

Trump found the cure for COVID-19 so no one should be afraid to go to the polls and vote.

North Korea had a military parade on Saturday.  The MSM in South Korea, part of the DS, reported that North Korea had unveiled a previously unseen ICBM missle during the parade. The end game was to create fear in the people.

Post 4828 (October 7, 2020) says, ‘Do you remember when the media had wall to wall [live in fear] coverage re: NK? Do you remember when Hawaii ‘accidentally’ sounded the incoming missile alarm? What happened? NK no longer a nuclear threat?  Mountain collapse? China seeking NK commitment to fire short[long]-range ballistic missile(s) pre_election? IF the story is true, all they can do is parade the missile shells around. NK is no longer a nuclear threat!

Iran is deploying ALL assets and Trump knows this. Iran knows Trump will win the election and when he does, it will be game over for them! He is not running for re-election, he will win, then he will round up the crooks. This is why it is a show.

Trump is cured from COVID.  He received a letter of release from his physician. He is no longer considered a transmission risk to others.

He is medication-free and is feeling great.  Trump can’t get it again.  He can’t give it to anyone. Why isn’t this front page news? Why can’t the 2nd debate go on?

The WHO is back-flipping on the lockdowns. Now they are saying they condemn the coronavirus lockdowns that they are creating more global poverty. Well, duh!

Isn’t this in direct contrast of the WHO chief when back in April, gave his full support to the lockdowns and also warned about lifting them too soon? Why the backflipping?

Dr. Simone Gold, the front line doctor who was fired for speaking in support of HCQ, tweeted, “…19 of the 20 areas with the highest COVID-19 cases have a mandatory mask mandate.”

What do masks do? We know there are no facts to support mask material to be effective in keep COVID at bay. Joe Biden lowered his mask to cough in his hand then raised his mask back up. Why did he do this if masks are there to protect from the spread of germs? Did he shake someone’s hand afterward?  Masks are a germfest!

Trump was on Rush Limbaugh and made mention of Pompeo needing to release the Hillary’s 33,000 emails. Then Pompeo came on Fox news saying he has them and will release them. Hillary said they were not classified, but in the documents, it clearly states her emails were indeed classified!

Nancy Pelosi had a $500,000 – 1 million dollar stake in Crowdstrike who said the Russians hacked into the DNC. Why is it so important for all this to be exposed in October? 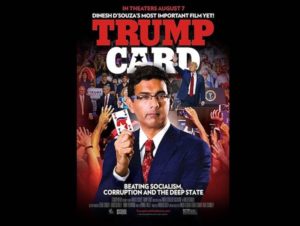 Riots will begin being ramped up in Lafayette park during and after the election. People are saying some are being put up in hotels. Do Hillary’s emails have anything to say about Soros? ANTIFA? Can this be used against them? How do we get the MSM to cover the corruption especially if they are involved?

This is where the TRUMP card comes in. Timing is everything! With the election in view, people are now paying attention. What will the people do when they get to read Hillary’s emails? What will be discovered?

October 9, 2020, Trump tweeted out, “TRUMP CARD Cloudburst Entertainment.” This movie just came out. Have you seen it?