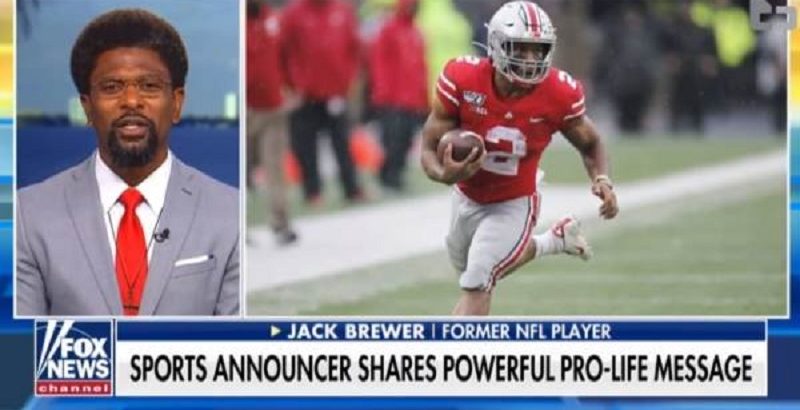 Former NFL player and businessman Jack Brewer says President Trump is making inroads in the black community and may pick up 20% of the black vote in the 2020 election.

Brewer, who once raised money for Barack Obama, added, “There is a tremendous awakening going on right now in the country.”

In November black support for President Trump reached 34% in both the Emerson and Rasmussen polls.

“There is an awakening going on right now in the country,” Mr. Brewer said of black voters who traditionally support Democrats. “I’m going to take the guy who’s actually putting in the policies that are going to make life better for my young black son and my young black daughter, versus somebody who gives me lip service — like, unfortunately, the Democrats have done for our community for years.”

Mr. Trump and his reelection team are aggressively courting black voters amid a strong economy that has reduced black unemployment to 5.5%, lowest in history. The Trump campaign launched its “Black Voices for Trump” coalition in Atlanta last month.

“The Democrats have let you down,” Mr. Trump told black supporters at the time. “They’ve dismissed you. They’ve hurt you. They’ve sabotaged you for far too long.”

… “Donald Trump will get over 20% of the black vote,” Mr. Brewer said in an interview. “That is what’s going to win the election. Why? Because there hasn’t been a Republican to even try to go in and talk to the black community. They don’t go there. They don’t even try. I think he’s trying, finally.”

If Donald Trump captured 25 percent of the African American vote he would win the 2020 election in a landslide.

If Republicans were to peel off even 25% of black voters from the Democrat Party — Democrats would be the minority party for decades.
Thank you Donald Trump!