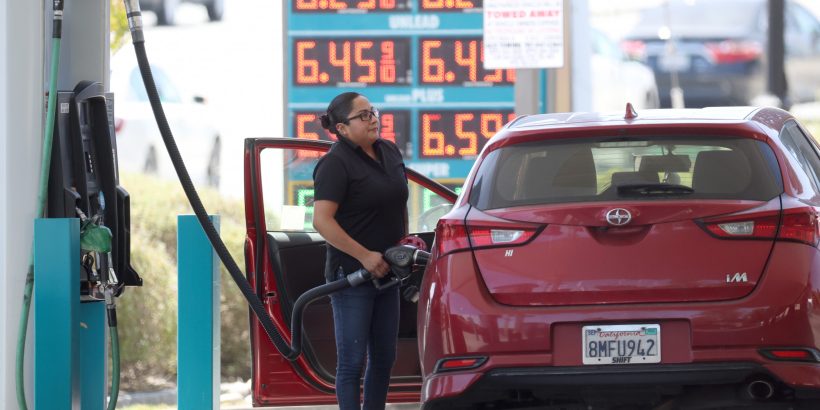 According to AAA, today’s national average for a gallon of gasoline is $4.589. Simultaneously, AAA also reports that the average price is hovering between $5 and $6 a gallon in bellwether states like California, Washington, Nevada, and Hawaii, with Oregon and New York not far behind them.

So is it really any wonder that some retail gas station chains are now actively reprogramming their pumps in order to prepare for the reality of double-digit gasoline prices? No, it’s no wonder at all.

This week a spokesperson for 76 Gas Stations confirmed to The Post Millennial that the national outlet “is reconfiguring its pumps to make room for the possibility of double-digit prices.” Ten-dollar-a gallon gasoline may have seemed far-fetched before now; however, thanks to Bidenflation (inflation driven mainly by the Biden Administration’s poor economic and energy policies), gas station outlets across the country continue to run out of fuel, causing prices to rise higher and higher each day.

Meanwhile, the ineffectual Biden Administration continued to deflect blame for the high gasoline prices by blaming everyone and everything from Vladimir Putin to seasonal gasoline blends to Big Oil greed to those dastardly Republicans. In reality, the high price of gasoline in the U.S. is a direct result of Biden’s deliberate and damaging economic and energy policies that began on day one of his presidency and continue to this day with no end in sight.

“Everything is pointing toward even higher prices,” Andy Lipow, president of Lipow Oil Associates, told CNN this week. “We are well on our way toward $5.” AAA agrees with Lipow as prices continue to rise in this economic climate:

Since Monday, the national average for a gallon of regular gasoline has increased by 10 cents to $4.58. According to new data from the Energy Information Administration (EIA), total domestic gasoline stocks decreased by 4.8 million bbl to 220.2 million bbl last week. On the other hand, gasoline demand increased from 8.7 million b/d to 9 million b/d. Tighter supply and increased demand have pushed pump prices higher. This supply/demand dynamic, combined with volatile crude prices, will likely continue to keep upward pressure on pump prices.

So the next time you step into the voting booth, remember this: in January 2021 (the last month of Donald Trump’s presidency), gasoline prices across the U.S. averaged $2.41. Today we’re preparing for ten-dollar gasoline at a pump near you. Vote accordingly.