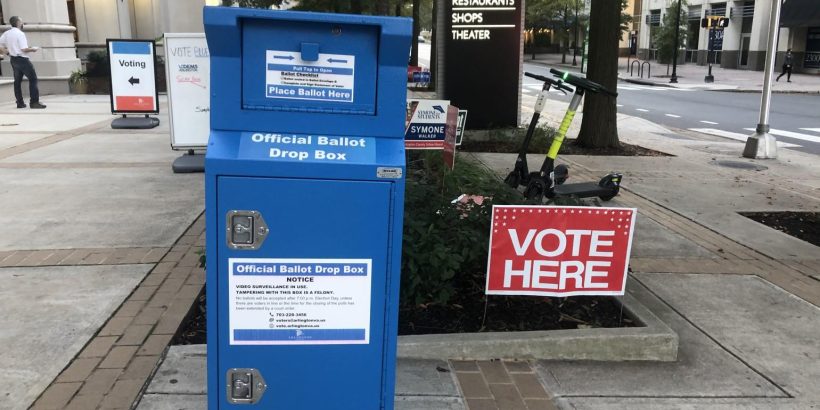 Democrats just passed a $700 spending bill — during a recession — with record 8.6% inflation.

The new spending bill will force middle class Americans to pay $20 billion more in taxes.
The bill will create 87,000 new IRS agents to harass Americans and target their political enemies.

And Democrats did all of this less than three months before an election.

Democrats are NOT worried about the midterms.

The fix is in.

A major part of their election scheme is the work done by the US postal service with mail-in ballots.

Chuck DeVore published this warning to the nation on the Democrat’s mail-in voting scheme at The Federalist.

The U.S. Postal Service (USPS) announced on July 28 that it was creating the Election and Government Mail Services division. Adrienne E. Marshall, a USPS veteran, was named as the division’s first director, with Marc Elias, the Democrat’s foremost lawfare professional and longtime proponent of elections by mail, tweeting out his approval. The rationale for this new division is that the growing use of mail-in ballots requires extra attention to ensure the greater volume of mailed ballots can be handled by an increasingly overburdened USPS.

The USPS reported it delivered more than 135 million ballots in 2020, with 40 million delivered so far this year during the primaries.

Elections conducted by mail have been a longtime goal of Elias and others since long before public health fears over in-person voting during the Covid-19 pandemic. It is instructive to note that most European nations found mail-in ballots to be susceptible to fraud and limited their use.

Among other problems, mail-in ballots can be cast by someone other than the voter, voter ID measures are harder to ensure absent in-person voting with a government-issued ID, and the secret ballot is more easily compromised by professional ballot traffickers who “help” the voter fill in their ballot. Thus, mail-in ballots will be an increasingly important part of the Democratic election playbook.

And once again, the GOP, a subsidiary of the DNC is completely silent.