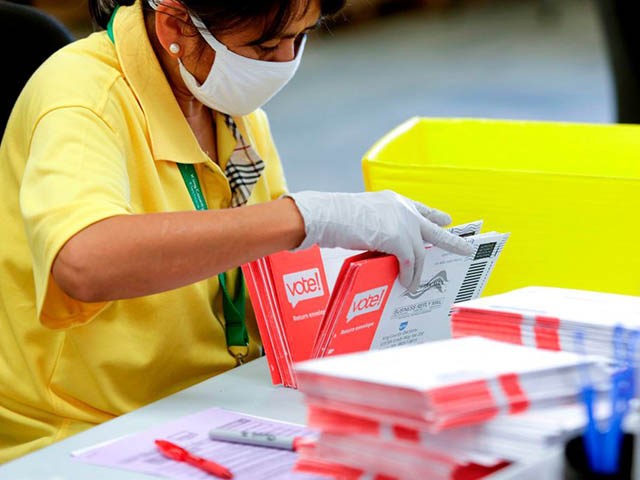 Los Angeles County reported Monday that over 27% of the signatures submitted on petitions to recall District Attorney George Gascón were invalid — after reporting that less than 1% of mail-in ballots were invalid in the 2020 election.

The county reported that it rejected 195,783 of the 715,833 signatures submitted, roughly 27.3%. The reasons given included that some voters were found to be unregistered; incorrect addresses were given; or signatures did not match those on file.

However, in January 2021, the county reported that less than 1% of the 3,422,585 vote-by-mail ballots submitted were rejected. The test for the validity of ballots is similar to that of petitions, involving checking signatures and addresses.

Given that the State of California mailed ballots to every voter on the rolls, rather than just to those who had requested them as in years past, there was a high likelihood of error; some voters reported receiving multiple ballots, often for prior residents. (These problems persisted in the 2021 recall election for Gov. Gavin Newsom, as personally witness by this author.)

Yet the county reported that 99.38% of vote-by-mail ballots were accepted in 2020. The number of vote-by-mail ballots that were rejected due to inaccurate signatures (12,135) in the election was close to the number rejected for that reason in the recall petitions (9,490), though the number of signatures to be examined in the election was roughly five times greater.

In the primary phase of the 2020 election, when many states were using vote-by-mail for the first time, the rejection rate was roughly one in four, according to the Washington Post. That rate of rejection was less than one percent nationwide in the general election — and lower than the rejection rate in 2016 in many states, when there were far fewer people voting by mail.

One explanation, according to FiveThirtyEight.com, was that “states … proactively changed their election policies to prevent ballots from getting tossed due to lateness,” and that voters were given a chance to “cure” invalid ballots. A more cynical theory was that officials may have lowered standards for rejection given the emphasis on vote-by-mail during the pandemic.

Recall proponents complained that they were not allowed to watch the signature verification process, after county officials said they were not required to allow observers since the petition drive did not qualify as an “election” under state law.