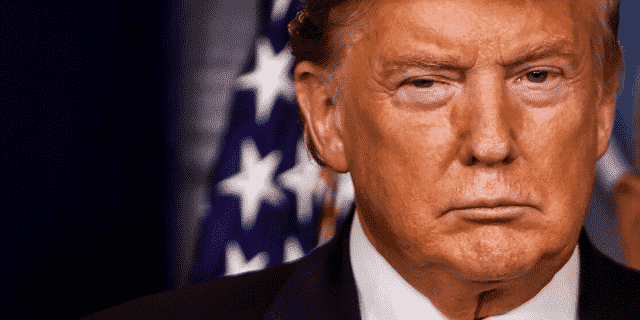 …”we had to make a decision and I didn’t want to take the time.”

Trump Defends Not Consulting European Leaders Ahead of Travel Ban

President Donald Trump is doubling down on his decision to implement European travel restrictions.

On Thursday, Trump reiterated his stance on the travel ban. Although European leaders are displeased with the seemingly abrupt decision, Trump insists he is still amicable with European leaders despite making the call.

“We get along very well with the European leaders, but we had to make a decision and I didn’t want to take time,” Trump said.

Check out the clip of Trump’s remarks:

“We get along very well with the European leaders, but we had to make a decision and I didn’t want to take time,” President Trump says when asked about European leaders being upset they were not consulted about the coronavirus 30-day travel ban. https://abcn.ws/2W5N9AZ

The latest news follows reports about the coronavirus, Trump’s speech, and the efforts being made to combat the virus now being labeled as a pandemic.

“The European Union disapproves of the fact that the U.S. decision to impose a travel ban was taken unilaterally and without consultation,” the statement read.

The statement continued, “The Coronavirus is a global crisis, not limited to any continent and it requires cooperation rather than unilateral action.”

During Trump’s Oval Office speech on Wednesday, he referred to the coronavirus as a “foreign” virus claiming “a large number of new clusters in the United States were seeded by travelers from Europe.”

A top European diplomat also expressed concern about the ban revealing they only find out moments before Trump made the announcement during his speech.

No details about the ban were offered. “That’s all we know,” the European diplomat told CNN. “Total lack of clarity. Tons of confusion.”