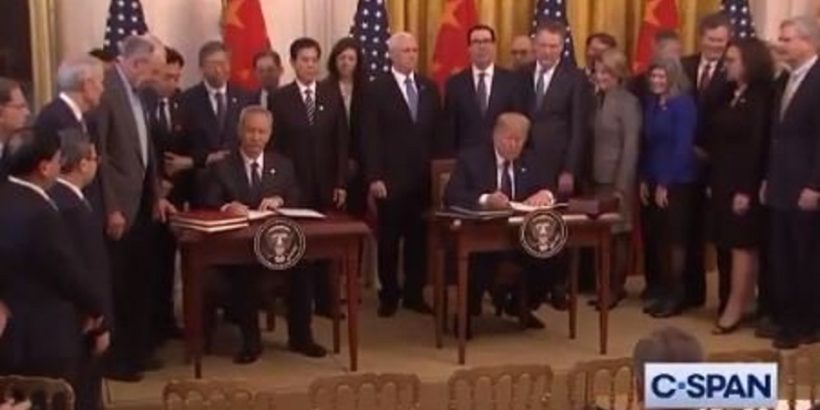 The left and GOP elites said this would NEVER happen. They said Trump was reckless and would ruin the economy.

They were wrong. Today President Trump made history. And the stock market is up at record levels too!

Historian Doug Wead, author of Inside Trump’s White House, told Varney and Co. that this is the greatest Sino-American event since Nixon’s trip to China.

Here is a list of a few of the top advantages to American workers with the US-China trade deal.

Via The GOP–
After years of America being taken advantage of by foreign countries, President Trump is putting America First and fighting for America’s blue-collar workers.

After years of Washington ignoring the well-being of blue-collar Americans, President Trump is putting them first.

Meanwhile, Democrats like Bernie Sanders are prioritizing their extreme ideology over America’s workers and threatening to undo Trump’s progress.

America’s blue-collar workers have a choice in 2020: voting for extremist Democrats that put jobs and wages last, or voting for a President with a proven record of putting American workers first.