Biden Has Concerns Trump Is Going To Steal The Election 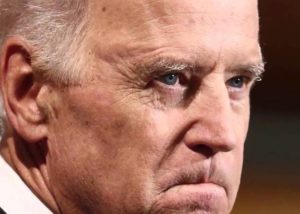 Trump and the Patriots are pushing the Deep State players from darkness into the light.

Will Trump steal the election? Biden is concerned. If Trump loses, Biden thinks Trump won’t leave the White House and the military will have to drag him out. Is the DS beginning their narrative? We may be hearing about Voter-ID sooner than we think.

The MSM is building the case that the generals are not in support of Trump. General Milley came out saying he regrets coming out with President Trump to take a photo in front of the church. Trump says he was fine with that, but that the military is behind him. Optics are very important.

Title 10 of the U.S. code Section 888, forbids the use of contemptuous words against the President of the United States. Gen.Mattis, Gen. McMasters and others who have spoken against him have violated their oath. If called back to active duty, they could be prosecuted. Will they be held accountable? Was this scenario just for optics?

Did you know Nancy Pelosi is demanding the removal of Confederate statues which occupy the US Capitol?  Why has she kept quiet about her dad’s role in overseeing the dedication of the Stonewall Jackson and Robert E. Lee monuments, while serving as Baltimore’s mayor in 1948? 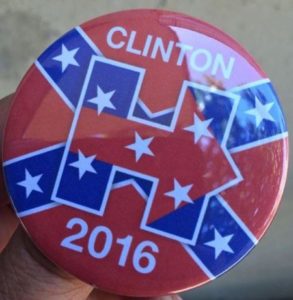 Back in 2016, Hillary Clinton delivered a KKK White Supremacy speech in Reno,  NV, to a small group of supporters.  Furthermore, in Arkansas Bill Clinton signed into law Confederate Flag Day which is the Saturday before Easter. They even set a $100.00 fine for those who violate this law…to commemorate the Confederate States of America. When HRC ran for president, available were Hillary Confederate pins. Why don’t they bring this up when they talk about White Supremacy?

The Seattle Mayor stated, “In the ‘Autonomous zone,’ CHAZ, is not a lawless wasteland of anarchists and insurrection. It is a peaceful expression of our community’s collective grief and their desire to build a better world given his track record. It’s not hard to believe Trump is wrong, yet again.”

The Seattle Police Chief say otherwise. There are rapes, robberies, violent acts, killings, certain areas are guarded, they force people out, they break windows, graffiti, and more.  Because the mayor kicked the police department out of the precinct, they cannot help anyone. This is a danger zone and sounds like ISIS in Syria. Where will Seattle residents go? Will they fight or will they leave? Will there be a mass exodus?

Dinesh D’Souza said it perfectly, “Why do Democrat mayors and governors have sympathy for Antifa? Because they see in these street thugs a younger version of themselves. Moreover, they seek, by confiscatory taxation, to do in an organized way what the looters are doing in a disorganized way…”

Corrupt D’s and R’s launder money and end up pocketing it. The looters are doing the same thing only they are simply taking it directly from the people. They try to take our guns, then they try to take our police. How long will we allow this?

Trump is always steps ahead. Armed agents are surveilling our country. He has military intelligence infiltrating Antifa. Everything we see in motion is part of the plan. How peaceful our world would be if there was no more Deep State, no more Central Bank, and these injustices didn’t have power over us anymore.

Kayleigh McEnany said, “President Trump is working on injustices, injustices that go back to the very beginning of this country’s history.”  This type of freedom truly will be something to celebrate!