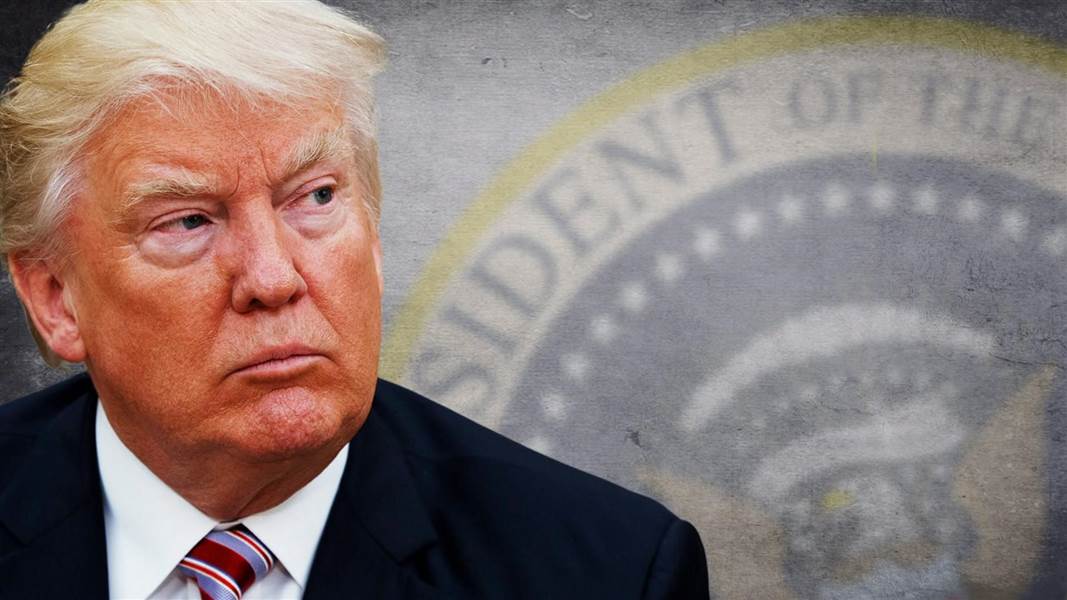 President Trump said Sunday that he will officially demand that the Justice Department investigate whether federal agents infiltrated or surveilled his 2016 presidential campaign for political purposes and whether the preceding Obama administration was behind such action.

“I hereby demand, and will do so officially tomorrow, that the Department of Justice look into whether or not the FBI/DOJ infiltrated or surveilled the Trump Campaign for Political Purposes — and if any such demands or requests were made by people within the Obama Administration!” the president tweeted.

I hereby demand, and will do so officially tomorrow, that the Department of Justice look into whether or not the FBI/DOJ infiltrated or surveilled the Trump Campaign for Political Purposes – and if any such demands or requests were made by people within the Obama Administration!

Trump, late last week, began accusing the Justice Department of trying to frame him by planting a spy in his campaign — an allegation his own lawyer said might not be true.

Promoting a theory that is circulating, Trump quoted Fox Business anchor David Asman and tweeted Friday: “Apparently the DOJ put a Spy in the Trump Campaign. This has never been done before and by any means necessary, they are out to frame Donald Trump for crimes he didn’t commit.”

But Trump lawyer Rudy Giuliani cast some doubt on that.

On whether there was an “informant” in the 2016 presidential campaign, Giuliani told CNN, “I don’t know for sure, nor does the president, if there really was one,” though he said they have long been told there was “some kind of infiltration.”

Earlier this month, the National Review raised the question of a possible FBI spy in Trump’s campaign. The article cites work by California Republican Rep. Devin Nunes, an ardent Trump supporter and head of the House Intelligence Committee, who has demanded information on an FBI source in the Russia investigation.

Virginia Sen. Mark Warner, the top Democrat on the Senate Intelligence Committee as its vice chairman, objected Friday to such demands, emphasizing “the critical importance of protecting sources and methods.”

“It would be at best irresponsible, and at worst potentially illegal, for members of Congress to use their positions to learn the identity of an FBI source for the purpose of undermining the ongoing investigation into Russian interference in our election,” Warner wrote in a statement. “Anyone who is entrusted with our nation’s highest secrets should act with the gravity and seriousness of purpose that knowledge deserves.”

The New York Times reported separately this past week that at least one government informant met several times with Carter Page and George Papadopoulos, both former foreign policy advisers for Trump’s Republican campaign.

The Times reported Friday that the informant talked to Page and Papadopoulos because they had suspicious contacts linked to Russia. The newspaper attributed the information to current and former FBI officials.

Also Friday, Giuliani said special counsel Robert Mueller has narrowed his possible interview subject areas from five to two as negotiations continue over whether the president will sit down and answer questions in the Russia investigation.

Mueller is investigating possible coordination between Russia and Trump’s 2016 campaign.

A number of Trump outside advisers — including former chief strategist Stephen Bannon — have stepped up their attacks on the Department of Justice, calling for it to release more documents to the White House while saying a confidential source has worked against Trump.