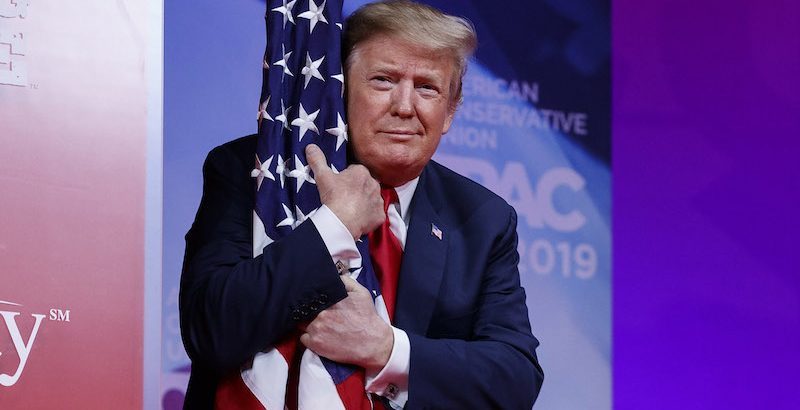 Former President Donald Trump is focused on helping Republicans flip the House of Representatives in 2022 but is also mulling another presidential run two years later, he said in an interview broadcast late Monday.

Wresting back control of the Senate will be harder, but Trump and his team plan on helping with that as well.

“If they need a rally, we’ll do a rally. We’ll do calls, we’ll do all sorts of things. No, no—we’re all in,” Trump told Hannity.

Trump views Rep. Mo Brooks (R-Ala.) as a strong candidate to win a seat in Alabama that will become vacant with the retirement of Sen. Richard Shelby (R-Ala.). He sees New Hampshire Gov. Chris Sununu as a potential winner in the race there, as Sen. Maggie Hassan (D-N.H.) battles for another term, and says the GOP has good candidates in Ohio, where Sen. Rob Portman (R-Ohio) is leaving office.

“Almost everybody I endorse wins,” Trump said, taking credit for boosting Rep. Julia Letlow (R-La.) in her recent race to succeed her husband, who died before being sworn in.

Candidates were told to run on Trump’s “Make America Great Again” agenda if they want to win, fighting for things like strong border enforcement and lower taxes.

“If they want to win, yes,” Trump said. “If you want to win and win big, you have to do that. You have to do it,” he added, recalling how Texas Gov. Greg Abbott conveyed to him that the state’s GOP candidates saw the biggest Hispanic vote in decades in the 2020 election.

Trump threw his weight behind many Republicans in the election, campaigning across the country for candidates for reelection or election in both the upper and lower chambers.

Republicans lost three seats in the Senate in the election. Because they also lost the White House, they ceded control of the upper chamber to Democrats. Each party has 50 senators but Vice President Kamala Harris can cast tiebreaking votes.

Republicans flipped 15 seats in the lower chamber, including one held by a Libertarian. The party narrowed the Democrats’ majority from 35 to six, including Letlow’s recent win.

As for 2024, Trump said he has still not made a final decision.

“I say this. I am looking at it very seriously. Beyond seriously,” he said.

“From a legal standpoint, I don’t want to really talk about it yet. It’s a little too soon.”