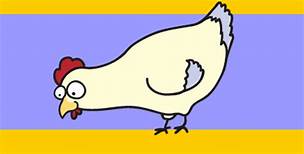 NEARLY 207 million eggs from a farm in North Carolina are being recalled from nine U.S. states after 22 people fell ill, the federal Food and Drug Administration has said.

It is the largest recall of eggs in the United States since 2010, the Food Safety News website reported.

The eggs may have been contaminated with salmonella braenderup, an organism which can cause serious and sometimes fatal infections in young children, frail or elderly people and others with weakened immune systems, the FDA said on Friday in a statement.

The eggs were recalled by producer Rose Acre Farms of Seymour, Indiana “through an abundance of caution,” the FDA’s statement said.

The eggs were distributed from a farm in Hyde County, North Carolina, which, Food Safety News said, produces 2.3 million eggs per day from 3 million laying hens.