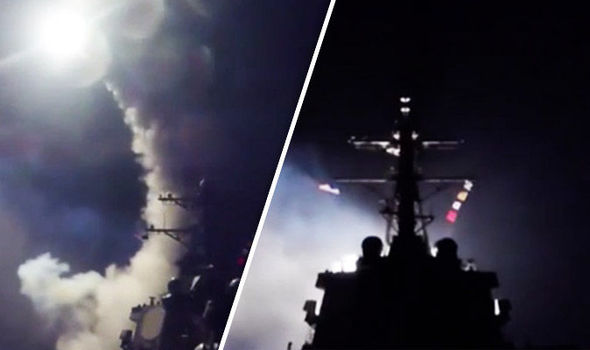 The nearly two dozen Tomahawk missiles fired from the decks of the USS Higgins toward targets in Syria are seen lighting up the night sky in footage released Monday by the Department of Defense. 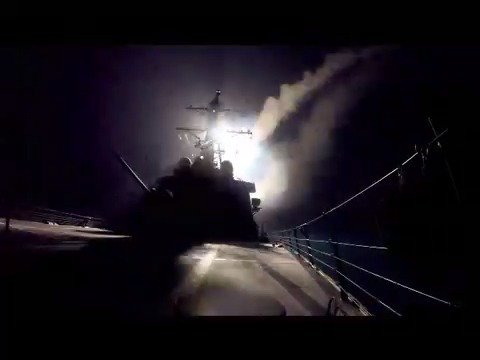 Additional information can be found at the Department of Defense website: https://www.defense.gov/News/Special-Reports/Syria/

Lt. Gen. Kenneth McKenzie said 105 missiles were launched by air and sea, all hitting their targets within minutes.

The strikes, in Douma, near Damascus, were launched in response to an April 7 chemical attack, the latest in country’s years-long civil war. The U.S. and European allies determined the Assad regime was behind the assault.

President Trump on Saturday hailed the strikes and thanked U.S. allies for joining in the campaign.

“A perfectly executed strike last night,” he tweeted. “Thank you to France and the United Kingdom for their wisdom and the power of their fine Military. Could not have had a better result. Mission Accomplished!”

McKenzie, a Marine Corps general, said he has no reports of civilian casualties following the U.S.-led strikes and that the attacks overnight Friday were launched from U.S., France and United Kingdom aircraft and ships, including those in the Persian Gulf, Red Sea and eastern Mediterranean Sea.