Investigations; Criminal vs. Political.
Which One is Durham Targeting?

They are panicked!  Their virus narrative failed. The numbers don’t add up.  Their riot narrative failed.  They had to admit fires don’t support the definition of a peaceful protest.  Information is about to surface.

John Durham is investigating criminal activity. Kamala Harris and other Senate Judiciary Committee Democrats signed a letter calling for ‘IG Political Interference,’ in the Durham probe. The problem is, John Durham hasn’t released anything to indicate this is a political investigation.  They are panicked because they don’t know what or who is being investigated.

We have learned many on Mueller’s special counsel erased their cell phone content, set it on airplane mode so their phones would not automatically back up. It looked like nobody would be able to successfully confiscate their information except, NSA has everything, all the data, all the information. The Patriots are in control.

Corrections will be needed. The FISA warrants are no good. If one was no good then none of them were.

Information is about to surface. The Senate Homeland Security Committee is authorizing subpoenas for testimony from Obama officials as part of the Russian probe. Here is a partial list of those subpoenaed: James Baker, John Brennan, Sidney Blumenthal, James Clapper, Kevin Clinesmith, James Comey, etc.

Comey has agreed to testify. He is preparing to testify on September 30th. Throughout the Inspector General’s report, Comey was referred to as Corney. These are ‘comms.’ 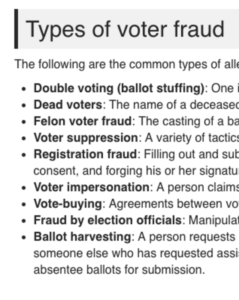 With election day just around the corner, the Trump campaign has asked a federal judge to stop New Jersey’s early  mail-in vote count. Ballot harvesting is illegal. It is a felony and the democrats will be watched closely!  Their goal is to confuse the election results so we cannot know who wins at the end of the day on November 3rd.

It has been said that Obama has been shadowing Trump in a Shadow Presidency. What a perfect way to continue when Michelle Obama replaces ‘dementia Joe.’ Do we really think Michelle will be calling the shots if she becomes president? Not one bit! This will give Barack 8 more years! Let that sink in.

Hillary called on Social Media giants to heavily censor those who oppose her idea of a democracy. Julian’s Rum on Twitter caught something big.

He says, “She literally gave us a time-line of (their) planned censorship rollout.” According to ‘AccountableTech.Org.’  Here is the timeline:

The media is complicit. Fact-checkers were created to continue their narrative. This mission is to keep the public controlled and in the dark. They fear the truth getting out and most likely will take down entire accounts.

The C-19 virus is nearly dead! State by state, the toll is the lowest it’s been since April but why isn’t the media shouting from the rooftops now like they did when the pandemic was all about fear and gloom and doom? Do they have an agenda?

The mayor’s office of Nashville got caught colluding with the health departments to inflate COVID numbers in order to keep her cities businesses shut down. The numbers were too low so they secretly inflated them and hid them from the citizens.

An email was sent by the mayor’s senior advisor to health department officials on June 30, 2020. They hid the low numbers from their constituents. The email says, “This isn’t going to be publicly released, right?”

They didn’t want people to know that restaurants and bars and salons are all safe to patronize. They kept the TRUTH from the public to keep them controlled and in fear. Why would a mayor hurt their own community? Are they taking orders from a higher level? 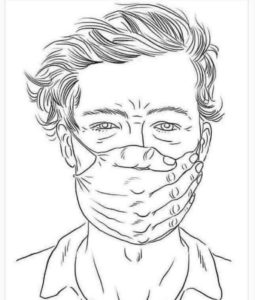 This is the same for masks. They are a hoax. They don’t keep viruses, germs or anything in or out. The purpose of masks is to keep us controlled, and in fear. Furthermore, a 2014 study on cloth masks revealed they increase lung infections.

Why has the CDC and the WHO, not done clinical trials on the safety of wearing masks? We now know they don’t work but now testing should be done to determine long-term health risks. Will they do it? Not until class action suits force their hands.

Sounds like the global warming narrative where they pushed the narrative but never produced numbers and evidence. They couldn’t because it didn’t exist. It is a hoax. The inconsistency stinks and the population sees right through it.

Bill Barr says, other than slavery, the coronavirus lockdowns were the greatest intrusion on civil liberties in history. He is looking into whether he can press charges against mayors/governors who were complicit in lockingdown cities/states unnecessarily. He is especially looking at Seattle’s mayor, Jenny Durkin. Why were the police told to stand down against those who destroyed Capital Hill?

Pelosi checked the poll numbers. Four months ago, she said there was no rioting but since the polls have tanked, she was instructed to make a stand against those and suggest prosecution. It’s a little too late, though. The people saw right through her from the beginning.

BLM support has been dropping like crazy! The people have discovered those behind BLM are trained committed Marxists. The co-founder of BLM, Patrice Cullors, admitted in an interview last week that she has been professionally trained in Marxism and the goal of the movement is the removal of  President Trump. She also admitted the goals is to destroy freedom. What does this have to do with BLM?

She is carrying out George Soro’s plan. He is the one who said his greatest mission in life would be to destroy America. BLM is following his agenda. Black Lives is just the cover. This is their 16 year plan.

On Fox News, Newt Gingrich was being interviewed, he mentioned that George Soros was behind this movement. The reporters went silent then finally said they didn’t want to talk about Soros. Of course they don’t. Soros is calling their shots, too, otherwise why not discuss him?

Between Operation Safety Net, Operation Not Forgotten and Operation Homecoming, 100 children have been rescued from being trafficked.  Many of these children were stolen from foster care and were used for sex trafficking. This was reported by the U.S. Marshal. The Storm is coming; treason, human trafficking, etc.

FBI Director Wray testified in front of Congress. He was asked if he thought [Cue] was a terrorist group. He said no, that he thinks it’s a conspiracy theory with no indication of anything. When they asked him about ANTIFA, he said there were quite a few domestic terror investigations into violent far-left extremists, many of whom admit to being a part of the ANTIFA movement.

They have been mapped from the beginning. The goal is to find those funding the movement. 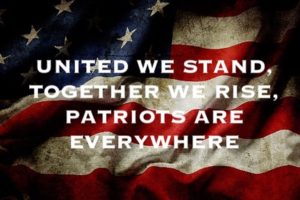 From this point on,  all references from [Cue] will be dropped to simply being called, ‘Patriots’ or ‘We-The-People.’  It’s never been an organization but about giving information. When we see who the enemy really is, not between the party-lines or skin color, unification will be our strength. As an informed country, we can now come together.

We will never submit to tyranny. The Patriots are taking back their country. Those who are causing the riots, the fires, the chaos, it will not work. The Silent Majority has risen. The majority will dictate where we go from here. Patriots are in control. Watch!