The Pieces Of The Puzzle Are Finally Coming Together 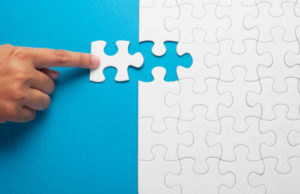 The DS/Corrupt politicians/MSM have all been boxed in. Everything they have done in the past will be exposed in the future. All the pieces of the puzzle are coming together.

When they tell us the Clinton’s weren’t invovled in a scandal, or there was no Uranium One scandal; there was no secret deal with Iran. There was no treason, sedition or spying.

How far will they go with their lies? Will they lie by any means necessary? How does one finally realize they have been lied to? Where do we go for the truth? Critical thinking. 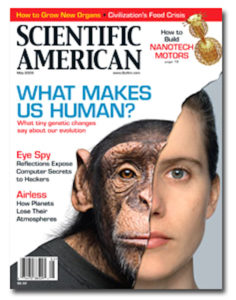 Biden’s campaign is pushing an organization that is backing him. Scientific American, a magazine company, has never endorsed a president in it’s history until now. They believe a vote for Biden will produce life to America. This magazine is owned by a German company.t

Trump’s campaign decided to play the same game. They put forth all the names of 235 retired military leaders who are endorsing Trump for President. Trump knows this is not a big deal…in his camp or in Biden’s. Why not?

In playing the same game, Trump was showing us the vote belongs to the people. Will an endorsement sway the voters? Maybe or maybe not. The people will vote for who they want regardless of who endorses their candidate.

Hunter Biden is quite the world traveler!  Between 2009 and 2014, Hunter Biden made nearly 411 trips across 29 countries. Even though some of these trips were leisure trips and others were related to his volunteer work for World Food Program, many of his trips were possibly connected to deals that he or his associate either secured or sought with foreign governments and oligarchs.

For example, Hunter visited China five times between 2009 and 2014. He had been traveling quite a bit on Air Force 2, becoming very, very wealthy, making deals with other countries. Ukraine and Burisma must be included in this bit of information.

Biden is caught up in a problem right now because once this information comes out; about Hunter, about Burisma, about China, and about Quid Pro Quo, the people will not look favorably on this.

Adam Schiff is once again pushing the  idea there is another whistleblower who has dirt on Trump. Before, nobody was allowed to speak the Whistleblower’s name for fear of being censored by Twitter or Facebook or incriminated somehow.

Now we know the whistleblower was all made up. They didn’t want us to know the name because then we would have discovered he wasn’t a first-hand witness… that it was all hearsay. Adam Schiff’s new whistleblower has no information.  It’s the same game all over again. Schiff has nothing.

Trump wrote an EO saying the CDC must cancel the ‘Critical Race Theory’ which they were teaching government workers.  Howver, after the EO was signed, certain individuals within the CDC were not following the presidential order. They were continuing with the program.

Documentation confirmed the EO was not honored by certain federal employees of the CDC. There must be consequences for those who violate a presidential order. If there is no action from the CDC director, names of those involved will be publicly released.

Trump’s strategy has been going on since the very beginning of his term. Power is removed from Iran, China, the Deep State and the Petro dollar, when all is said and done.

When Obama and Biden were in office, what did they do in the Middle East? There was no peace in Afghanistan, Syria, Iraq, Libya. Everything got worse.

Joe Biden’s Iran strategy failed and Trump is turning it all around.  Same with the Abraham Accords. Wouldn’t it be amazing if Palestine was the next in line? Hold your breath, it may happen!

Trump tweeted out the following:

“According to the press reports, Iran may be planning an assassination or other attack, against the United States in retaliation for the killing of terrorist leader Soleimani, which was carried out for his planning a future attack, murding U.S. Troops, and the death & suffering caused over so many years.   Any attacky by Iran, in any form, against the United States will be met with an attack on Iran that will be 1,000 times greater in magnitude!”

What would happen if texts originating from a FBI agent to several internals, discussed the assassination possibility of the POTUS or members of his family? What if the texts suggest foreign allies were involved? [Cue] post 586 addresses this (1/22/18).

The virus narrative is completely falling apart! Their plan was to have COVID, vaccinate everyone with this program called, ‘COVAX,’ where all the nations joined in but Trump opted out of the COVAX program. Operation Warpspeed is a good place for us to start with therapeutics, etc.

COVAX was the globalists system to have the world vaccinated. But when Trump pushed his therapeutics and ‘said,’ vaccines, now all of a sudden the vaxxers became ‘anti’-vaxxers. They don’t like Trumps plan. He turned the narrative against them. 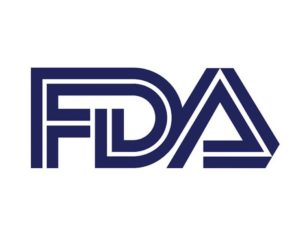 Now, Bill Gates is flipping a narrative. He wonders whether or not the FDA can be trusted on a COVID vaccine. Why? They lost control of the FDA and now the FDA may be getting ready to approve HCQ!

A doctor, Li-Meng Yan from Hong Kong, was talking about the coronavirus and how it came from the labs in Wuhan. Twitter discovered her tweets exposing this and suspended her entrire account. Censored!

Fight for freedom and hold the line against domestic terrorism. Who is funding this domestic terrorism in our streets? Soros? Stimulus Checks? Is this why we are seeing fires so they get more federal funding? We are told they will win by any means necessary.

There are many investigations ongoing. Many on the Mueller Team are deleting their text messages. They can try to hide their crimes but nothing is ever erased. The NSA has it all!

With the riots, the term ‘Defund the Police’ which we know has become, ‘Death to the Police,’ is encouraging shooting police officers. An individual in Tulsa, OK,  would not get out of his car at the request of the officers. He turned and shot them both, one fatally.

Now, Patriots are banding together to back the blue. Two kids from a high school football team, carried out a flag with a blue stripe and another with a red line. They were suspended at first but since then have been allowed back. 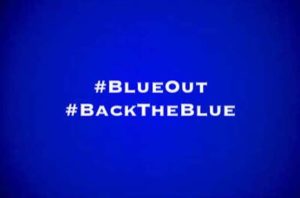 ENoCH wants to recognize ‘The Blue’ who have been murdered, ambushed, etc., by placing a blue square on his profile. He tweeted out in support of a new ‘back the blue,’ movement. He is asking everyone to tweet out with a blue square ?  #blueout or change one’s profile picture and share this message with everyone!

Our police officers are valued. They are appreciated and very much needed, but a small group of paid off protesters are trying to created the narrative that most Americans don’t want a police force. We know from historical facts and archives, a country without police protection quickly escalates to the rule of communism.

Hold the line, justice is coming!  Let’s create a wave of support for our heroes in blue!