What Else Was The Media Hiding From Viewers? 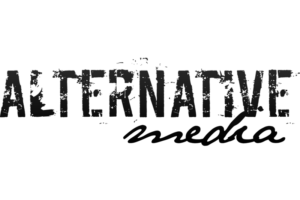 The people can’t just be told, they must be shown. The mainstream media hid the riots, and told us they were peaceful protests. However, when the people saw the riots, they began questioning what else the media was hiding from them.

Now, the media is telling us the wildfires on the west coast are happening due to climate change, downed telephone wires and toppled transformers. The mainstream media is not reporting on the truth and is pretending the truth does not exist.

This is not the country we want. We’ve seen their lies and they don’t work, anymore. They will push this until the very end and won’t admit their wrong-doing. It’s up to Patriots to do the homework and uncover and share truth!

President Trump wants a debate with Joe Biden. He wants it sooner rather than later. Joe Rogan offered to moderate a four-hour debate between Trump and Biden, with no live audience, with cameras and a vision of how to move this country forward. Will Biden bite? Can he last for 4 hours? Will he agree only to withdraw?

Joe Biden admitted to the Quid Pro Quo with Ukraine. He’s even on tape admitting it. When this evidence comes out, Biden will have to step down. Is Trump forcing the hand of the real Democrat who is running for president to emerge from the shadows?

Uranium One, Hillary’s e-mails, crimes against humanity, Clinton Foundation and other things that are coming together. Destroying evidence is a federal crime punishable by up to 20 years. Will HRC’s destruction of her Blackberry, and the 33,000 deleted e-mails be coming out in the news soon?

The Democrats are continuing to push vote-by-mail. A Federal judge in Pennsylvania struck down the ruling to keep the citizens locked down, keep busniness closed and keep schools closed. The judge deemed it unconstitutional. This concept will spread! Trump has active lawsuits pushing against voting-by-mail.

In California, SB145 allows an individual to have sex with a minor if it is consensual. Governor Newsom signed this bill. The bill will reduce penalties for sodomy with minors.

Senator Melissa Melendez tweeted out, “Well what a shock. Newsom signed SB145, the bill that allows a 24-year-old to have sex with a14-year-old and escape a felony conviction and requrement to be a registered sex offender. Absolutely disgusting.”

They did this to try and protect themselves, to get ahead of the narrative. Crimes against humanity will be revealed very soon and this way they feel they can avoid prosecution. Will it work? It’s still pedophilia. If the public rejects it, this law will not stand for long.

With regard to COVID, mayors, governors and other leaders are still trying to keep things in lockdown. What is going to happen with other states when the ruling the Pennsylvania judge gave, gets out? 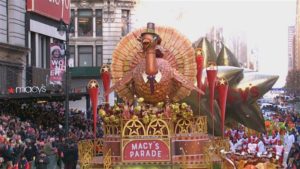 DeBlasio still has things locked down including the Macy’s Thanksgiving Day Parade. This will be after elections. What will happen? Right now, he’s just making people very angry! He has numerous lawsuits filed against him. Will this be game over for him?

The CDC site states: If you test positive, a positive test results show you may have anti-bodies from an infection with the virus that causes COVID, however, there is a chance a positive result means you have anti-bodies from an infection with a virus from the same family of viruses called coronaviruses, such as the one that causes the common cold.

Many of these people who are being tested and are showing the cases are continually rising, simply have the common cold.  These tests don’t mean they have COVID. These tests mean they have anti-bodies against coronavirus perhaps unrelated to COVID. As the truth gets out, the fake news narrative is debunked and the return to normalcy is within our grasp.

THE SEIGE is not about violence… at least that is what they say. There are certain operatives in place for when the Democratic candidate loses the election. These people are currently heading to Lafayette Park to set up the seige.

Those behind the siege tweeted out, “The entire idea of the White House Seige is to save Democracy and avert a Civil War if Trump throws a Maga Dog Whistle tantrum. It is a call for peaceful protest and an open invitation to anyone who supports free and fair elections.”

They continued, “Any media outlet saying otherwise is clickbait trash, too lazy to read the article are more interested in the situation. Can you be critical?  Yes, of course.  Please but do your “F” homework, half of you don’t even do a cursory Google search. We vehemently reject violence in all forms. They fear signs and slogans so much that they need to respond with guns, rubber bullets and pepper spray.”

The police do not fear signs and slogans. They only respond when these thugs throw frozen water bottles, or use fireworks on officers or hit them with sticks, for example. This is not a peaceful protest. This is assault on an officer.

The Department of Homeland Security is looking into the connections ANTIFA, and terrorist organizations in other places. They are holding the ANTIFA flag so they can be designated a terrorist organization. Governor Newsom released criminal firefighters. Are they putting fires out or are they setting them? Their photos are of concern. 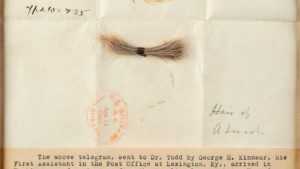 The Deep State sends ‘comms’ and uses different messages. We know their clock is ticking down. ABC News tweeted, “A lock of Abraham Lincoln’s hair along with a blood-stained telegram about his 1865 assassination has been sold at auction for more than $81,000.”

Why would they be putting this out now? If things don’t go their way, is the DS preparing to call for an assassination? We know they have tried before and obviously it didn’t work.

Patriots have their playbook and are preparing to stand against chaos. They want us to see all of their corruption and they are bringing them to the point of complete public exposure. We stand at the ready!