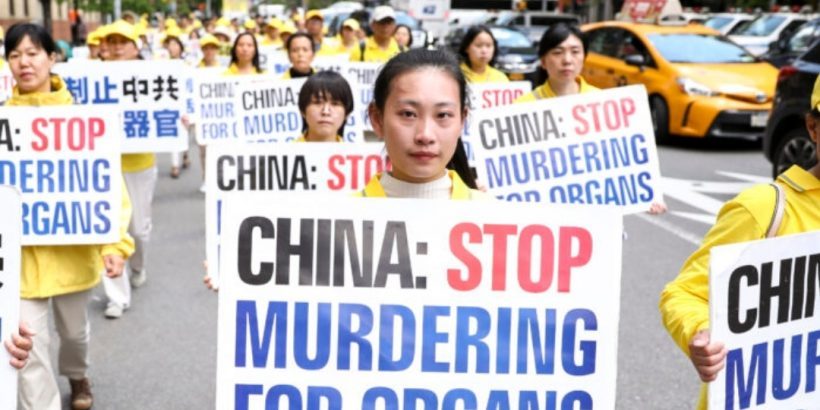 Prisoners and Those Under-going Religious Persecution, Appear to Become Unwilling Donators of their Organs…

BY EVA FU AND FRANK FANG

In a June 2019 report, a London-based people’s tribunal concluded that forced organ harvesting has continued for years in China “on a significant scale.” The main source of organs originated from adherents of Falun Gong, a spiritual exercise also known as Falun Dafa, although other minority groups such as Uyghurs, Tibetan Buddhists, and house church Christians have also been subject to the abuse, according to the report.

The resolution, introduced by Back Creek Supervisor Shawn L. Graber, is meant to ensure that county residents are “fully informed of the organ source in China before they make the decision to engage in organ tourism in China,” lest they “unwittingly become accomplices in state-sponsored forced organ harvesting,” the resolution stated.

“We strongly condemn the illegal and immoral organ harvesting being conducted at the direction of and under the protection of the Government of the communist People’s Republic of China,” it added. Copies of the resolution will be passed to the county’s representative to the Virginia General Assembly and the Virginia delegation to the U.S. Congress.

Around 220 residents from Frederick County have signed a petition in support of the resolution.

For years, China has been one of the top destinations for transplant tourism.

Beijing promoted its narrative in U.S. newspapers that organs are sourced from voluntary donations, but independent analysis of China’s official transplant statistics by international researchers have repudiated the regime’s claims.

Stegmaier, introducing the resolution to the board, said he wants to “acknowledge the Falun Gong members for their courage and their persistence in letting the world know about this travesty.”

Several Falun Gong practitioners living in nearby Fairfax County, where a similar motion was passed in July 2019, also spoke at the board meeting before the vote.

Falun Gong practitioner Alex Wang said that the resolution was both “very timely” and necessary. Organ harvesting, he said, is “one of the most heinous methods the Chinese Communist Party uses in its massive and ongoing religious persecution.”

“Harvesting the organs of Falun Gong practitioners has set a precedent in China, if it remains unchallenged, it may well be used against other groups, such as Uyghurs in Xinjiang … and cost more innocent lives,” Wang said.

Tiny Tang, also a local Falun Gong practitioner, thanked Frederick County for “taking this step to save lives and support human rights.” She said she knew of a resident who received a kidney transplant offer from China for $50,000, but eventually rejected it because “finding a matching organ in such a short period of time was suspicious.”

“Your resolution will help reduce this type of black market activity in our county,” she said.

Virginia officials have been vocal about China’s organ harvesting issue.

In July 2020, 49 Virginia state senators and delegates marked the 21st anniversary of the persecution of Falun Gong by calling for an end to forced organ harvesting in China.