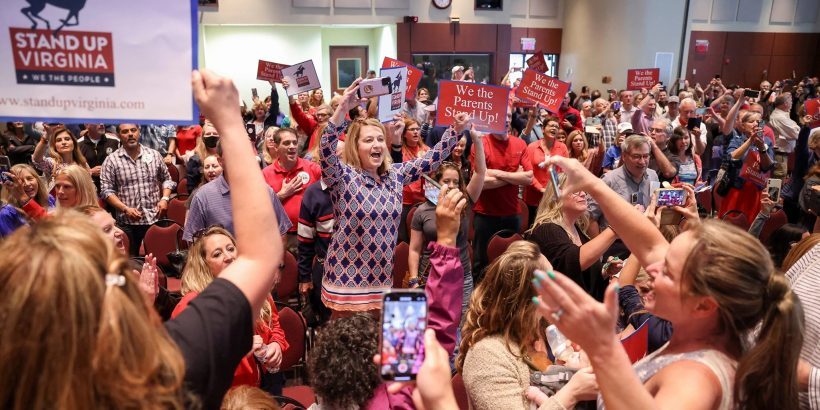 A Virginia-based parent group attempting to oust five Loudoun County School Board members was given a small win after a Loudoun County Circuit Court judge ruled Tuesday in favor of the organization’s recall petition against a board member who sought to dismiss it.

The group Fight For Schools and others have alleged that Barts was involved in a private Facebook group that violated the School Board’s Code of Conduct and other laws after members allegedly tried to attempt to reveal private information about parents and opponents.

Judge Jeanette Irby, meanwhile, ruled that Biberaj should be removed from the case due to a public perception issue, arguing the public may not trust the prosecutor to be impartial.

“I have the utmost respect for Ms. Biberaj … however, if she continued on this case there would never be acceptance on this case,” Irby said, according to local media outlets.

An attorney for Citizens of Leesburg, another plaintiff in the case, cited a Twitter post made by Biberaj in which she shared a letter to the editor published in Loudoun Now that supported the district’s diversity, equity, and inclusion work—which is closely aligned with the quasi-Marxist critical race theory that’s now at the center of many heated school board debates across the United States.

Biberaj was also listed as a member of the same private Facebook group in which Barts had belonged—Anti-Racist Parents of Loudoun—where members were allegedly sought to reveal private information, or “doxx,” parents and opponents of critical race theory.

A spokesperson for the school district declined to comment. The Epoch Times has contacted the Loudoun County Commonwealth’s Attorney’s office.

Ian Prior, who is involved in the charge to remove Barts from the school board, said he is pleased with the judge’s decision on Tuesday.

“We are ecstatic,” Prior told WJLA. “I can say for months, parents have been asking for a seat at the table. We haven’t been heard by the school board. They haven’t given us that opportunity. The leaders here haven’t stepped up to try to come to resolution about what’s going on in schools, but yesterday the court gave us that seat at the table.”

“I feel like the judge looked at the evidence and made a decision that was right,” Fight for Schools supporter Erin Dunbar, also a parent, said after the hearing, according to Loudoun Now. “I think she’s unbiased. She’s looking at the evidence in front of her and I think she’s actually going to give us a fair trial.”

Earlier this year, when she was censured over her social media activity, Barts said in a statement: “It’s not my job to be liked. It’s my job to ask hard questions, work to provide the best education for our kids, make sure our teachers are paid what they really deserve, and represent the people of Leesburg.”

Her statement came after School Board Vice Chairwoman Atoosa Reaser asserted in March that Barts repeatedly violated the school board’s code of conduct.

Meanwhile, a several-month-long Loudoun County Sheriff’s Office investigation found that social media posts in the private Facebook group did not constitute criminal action, according to local media. The office, as a result, did not pursue criminal charges against any of the members after they received complaints alleging “evidence of organized criminal activity intended to infringe upon 1st Amendment rights and [violations of] certain laws surrounding the crimes of stalking, harassment, and racketeering.”