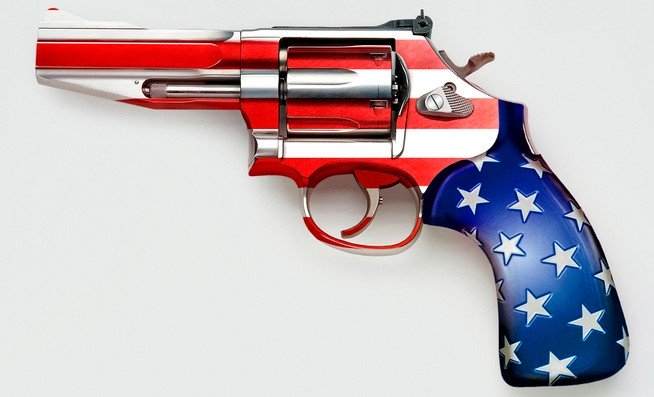 ~  Virginia Gov. “Blackface” Northam declared a “State of Emergency” in the Capitol area for Monday’s Lobby Day in Richmond.

~  The Gun Owners of American and VCDL* filed an appeal, PLUS a Cease and Desist challenging Northam’s orders implemented against our Constitutional Rights.

~  The Virginia Attorney General has denied the GOA/VCDL Appeal. GOA and VCDL are now appealing to the Virginia Supreme Court. Please stay tuned.

~  Crisis Actors hired as protesters are on stand by **

So much for our First and Second Amendment Rights!

Virginia Governor Northam passed this “State of Emergency” ahead of Monday’s Gun Lobby Day – a flex of Socialist muscle –  in hopes of rendering the gun rights movement impotent.  It’s far from impotent – It’s a force to be dealt with – It is a direct attack against our Constitution created By the People and FOR the People. Firearms are not protected for purposes of hunting or target shooting.  The Second Amendment was created to protect American Citizens from enemies, both foreign and domestic.  AND to PROTECT us from Tyranny/Government Over Reach.

Governor Northrup declared an emergency assembly on Tuesday to ban the carrying of any firearms during the peaceful assembly where the people want their voices heard to lobbyists, on January 20th. This is being conducted in the “Open Carry” State of Virginia ahead of the vote on January 21.

But then we find the following little piece of information posted on Twitter: (C-VINE verified the accuracy of this post)…

Democrats took over both chambers of the Virginia legislature in November, and as expected, they’re pushing anti-gun laws through as quickly as they can.

On Tuesday, lawmakers in the State Senate superseded and passed the first pair of bills in a wave of gun-control legislation that is set to come up for votes on January 21. One bill would restore the state’s previous one-handgun-a-month rule, while the second would allow local governments to ban guns in public buildings, parks and at permitted events — including political protests. The vote was straight party line, 21 – 19.

Gov. Ralph “Blackface” Northam immediately banned all guns ahead of Monday’s pro-gun rally, citing “credible and serious threats.” Virginia is an “open-carry” state, meaning residents don’t even need a concealed-carry permit, but can rather wear a gun openly.

“We have no intention of calling out the National Guard,” Northam said. “We’re not going to cut off people’s electricity. We’re not going to go door to door and confiscate people’s weapons. We’re going to pass common sense legislation that will keep guns out of dangerous hands and keep Virginia safer.”

A Virginia judge on Thursday ruled that a firearms ban can remain in place during the pro-gun rally on the Capitol grounds in Richmond. Thousands are expected to attend. Gun rights advocates appealed the ruling.

“Without relief from this court, petitioners and thousands of other rally participants will be irreparably denied their right to bear arms,” the groups’ attorneys argue in their appeal.

“Determined to prevent another tragedy, the Governor issued a carefully limited Executive Order. The Order does not prevent anyone from speaking, assembling, or petitioning the government. Instead, it temporarily precludes private possession of firearms in a sensitive public place during a specified time to protect public safety and safeguard the rights of all citizens to peacefully speak, assemble, and petition their government,” Herring said in a legal brief.

“The plaintiffs argued the firearms ban violates the First and Second Amendments and that Northam didn’t have the authority to impose it. According to The Associated Press, Judge Joi Taylor said in her ruling the governor has the authority under state law to take action related to the “safety and welfare” of the state. Taylor also cited rulings from the U.S. Supreme Court that the right to bear arms can be subject to limits,” CBS News reported.

With Democrats in control of both legislative chambers, Republicans can do little but complain. “Ladies and gentlemen, this is probably the first assault on the Second Amendment. And we’re going to see many after that,” said Republican Sen. Bill Stanley. He argued that the bill giving localities control over guns in public spaces would create “little pockets here and there where guns are good and guns are bad.”

“The Governor’s action is illegitimate and cannot be allowed to stand”.

His action infringes on both the First and Second Amendment rights of Virginian’s who wish to peaceably assemble to petition their government, while at the same time not surrendering their right to self-defense.

This rally is held annually with thousands of participants and without incident. The only difference this year is that, in response to the Democrats’ attempt to eviscerate the Second Amendment, a much larger crowd is expected.

Incredibly, Northam is using the 2017 rally in Charlottesville, Virginia, in support of his ban on firearms, ignoring the fact that the unfortunate death that day was a vehicular homicide.

(Northam hasn’t made any attempt to ban cars.)

Like all gun control, this gun ban could have only negative consequences. If there are, in fact, any bad actors who would attempt to hijack the rally, they would simply ignore the law.

Over the next 24 hours, GOA and VCDL lawyers will be in court fighting the ban. We are determined not to let this governor run roughshod over our gun rights. The next 24 hours are critical for the defense of our Second Amendment.

A 2012 law strictly limits the governor’s ability to ban gun in a state of emergency, and a political rally falls way outside his reach. We will fight this power grab and hope you will stand with us.

We know that many gun owners—both in Virginia and across the country—are planning to attend the Lobby Day in Richmond. We are excited to see you there. But if you plan to attend Lobby Day, remember the eyes of the media—and the country—will be on us!

GOA and VCDL LAWSUIT BELOW:

Bonnie Nirgude: As a citizen journalist and investigative reporter, I am committed to accurately reporting the news. Wide awake, never asleep, I grew up in a 1960’s patriotic household, aware of the truth behind the false narrative.