Let Freedom Ring For All To Hear 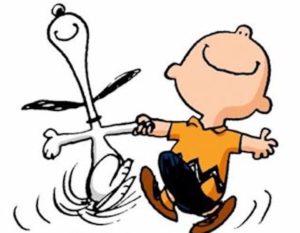 Today, the Patriots did a happy dance! Gen. Flynn was exonerated. The Department of Justice dropped his case. What comes next? The DS/MSM will try to spin the narrative. Everyone involved in his takedown is scared to death. Why?

When the Clinton email scandal, the Uranium One Scandal, Spygate, impeachment hoax, and more comes out, all the DS players will be exposed. They won’t be able to escape the publicity.

Every document being dripped out is timed perfectly. The White Hats want the people to understand what is happening. If too much information is released all at once, it may get lost in the crowd. Heads are beginning to turn as more and more information is being shared.

Obama recently sent a private letter to the National Archives requesting the Biden-Ukraine documents not be released. Did Obama forget he is not president anymore? Apparently so! Trump has full authorization to declass every record in the National Archives. Obama is panicked.

In the olden days, they burned books. Today, they remove articles and ban channels. This censorship, however, will not work. When people want to know something, they will find it.  What is truth…what is not? The DS/MSM, have revealed their pattern. They kill any information which goes against their narrative, however, Anons have learned to upload this information so nothing ever fully disappears.

Two ‘Americans’ were allegedly sent in to Venezuela to kill President Maduro. They were captured.  We know President Trump seeks peace with our adversaries and was clearly not a Trump operation. Who really sent these corrupt mercenaries in?  What was their plan?

The DS controls the news tele-prompters and dictates what will be reported. Residents are seeking truth through alternative news. If the DS/MSM control the tele-prompters isn’t it possible they have withheld information with past the elections? It is illegal to interfere.

There are many lawsuits against Gov. Newsom for his overreaching. CA residents don’t want the government dictating their lives anymore. They are rising up demanding their freedoms again. The Health Director in Ventura CA have a press conference to inform citizens they will remove those with Cover-19 from homes even kids. Is this what we saw happening in Wuhan only a few months ago? American still have rights. We must stand and fight if we are to keep save America.

James Comey is worried about what happened with Gen. Flynn. He tweeted a message to his cronies admonishing them to finish the job. What do they have planned next? Go after Bill Barr? Through this, the public will learn the truth. Declass.

Many Texans are coming to Shelley Luther’s rescue. An official is paying her fine, another is asking to be place under house arrest so she can work to feed her kids. Gov. Greg Abbott stated, “Criminals shouldn’t be released to prevent COVID-19 just to put business owners in their place.” Public outcry is making an impact. Every American must take note!

If freedom is to continue ringing in America, we must each carry the torch.