The Media Told Us To Watch Russia,
But Watching China Is More Exciting! 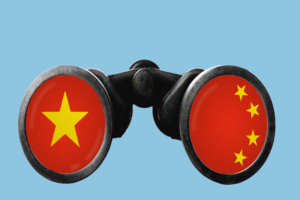 Ever since Trump took office, he has been telling us to watch China. More people have been arrested in connection to China, than they have been connected to Russia. According to the website, Justice.Gov, a NASA researcher was arrested for false statements and wire fraud in relation to China’s talents program. Apparently, this researcher stole information and sent it to China. This is only one of many cases. Watch China.

The FDA has authorized a treatment known as, Convalescent Plasma, to treat COVID-19. It is a powerful therapy which transfuses very strong antibodies from the blood of recovered patients to assist in treating people currently battling the infection.

Since President Trump mentioned this therapy, the MSM has already attacked the treatment authorization. Why is the media so against a COVID treatment?

Even if they show no symptoms, but test positive, they also have antibodies which could heal others. When these asymptomatic testers go to donate plasma, what if the new test reveals they never had the coronavirus? What if it is realized their tests were a false positive? Americans deserve to know the truth!

Right now, the CDC does NOT recommend asymptomatic testing, even post exposure. According to the CDC website, it says,  “If you do not have COVID-19 symptoms, have not been in close contact with someone who has had COVID-19 infection, you do not need a test. A negative test does not mean you will not contract an infection at a later time.”

Why did the CDC flip? With the MSM narrative being ‘everyone should be tested,’ to ‘you don’t need to test unless you have symptoms,’ what will the media’s narrative be now? 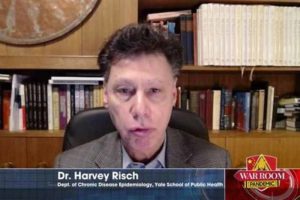 President Trump tweeted out, “Please watch highly respected, Dr. Harvey Risch of Yale, on [HCQ].” Here is a small portion of what he has to say.

“…that’s either suppressing this message or it’s countering it with a false message. I’m not an expert in the reasons why that’s happening other than just observing it. I am an expert in the science and I can tell you the sciences are one-sided. In fact, the science is so one-sided in supporting this result that it’s stronger than anything else I’ve ever studied in my entire career. The evidence in favor of [HCQ] benefit in high risk patients treated early, as out-patients, is stronger than anything else I’ve ever studied. So, scientifically, there is no question whatsoever.”

This Dr. knows for a fact HCQ works. He tested it. He studied it. He knows it’s not a new drug, but one that has been around for decades with amazing successes for numerous ailments. So, he does not understand why the mainstream media is out there saying it doesn’t work. Clearly, it does!

(Cue) has told us class-action lawsuits are very effective. When we look at the MSM, we see the corrupt doctors and corrupt pharmacists, who knowingly stopped this drug from being used to heal people from COVID. They were doing what they were told by the DS, but look what happened.

People got sick, and lost their jobs. Thousands of businesses are permanently closed and the suffering due to it is unfathomable. This could have been stopped at the very beginning, but the puppets obeyed the DS instead, but now the whole world is waking up!

The Lancet report had to retract their incorrect findings to support the use of HCQ. Trump was at the presser telling everyone to be watchful as very soon there will be breakthroughs. We are also told HCQ works as a vaccine. Is Trump setting up every governor and mayor who went along with the fake narrative?

This is why he has continued pushing HCQ and other remedies. He wants Americans to understand what these people have done to this country. They did it for their own gain and left us helpless. Trump knows the people deserve the truth. 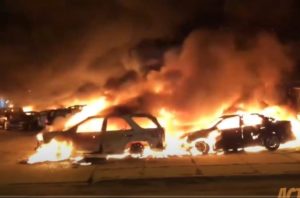 In Wisconsin, Jacob Blake was wanted on multiple charges. He had a warrant for his arrest, had a history of assaulting police officers, had past charges of domestic abuse and a sex crime.  Because he’s black, BLM rioters are currently destroying the city of Kenosha. These people don’t care that this man was a criminal and had broken the law on numerous occasions and that when police pulled him over, he reached for something. All they care about is creating chaos. They burned a whole car dealership to the ground.

BLM and ANTIFA don’t care about law and order. All they want to do is burn down America.

AG Bill Barr recently directed the formation of a task force to take down violent anti-government extremists of all persuasions.

The media is trying to make a switch to incriminate (CueAnons) rather than BLM or ANTIFA, to try to associate all the chaos with Trump. (CueAnons) are about unity and love, and law and order, research and discovering truth, not about chaos. 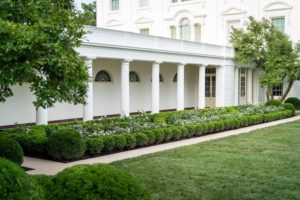 If you have been following (Cue-Anon) for any length of time, you will know the story of Alice In Wonderland has been paralleled to the DS’s corruption currently going on. It looks like Melania Trump replanted the rose garden at the White House with all white roses. As she often does, is this another communication to the Patriots? Is she retelling the story of the War of Roses, from the perspective of the House of York?

Post 4026 talks about Jim Comey ‘Painting the Roses Red,’ referencing a cover-up of a mistake with severe consequences. He even tweeted a photo of a red rose, but (Cue) replied, “Denied. Justice will be served!”

We learned a few days ago about a 5th Column, which means infiltration from within. In 2017, Newsmax, wrote an article called, ‘Ex-Asst  FBI Director: ‘Fifth Column Marching Strong Against Trump.’   So even back then it was known we had traitors working from inside. Is Comey’s red rose an indicator of a cover-up so to avoid severe consequences?

“Denied. Justice will be served!”