What Does Rioting Have To Do With Election 2020? 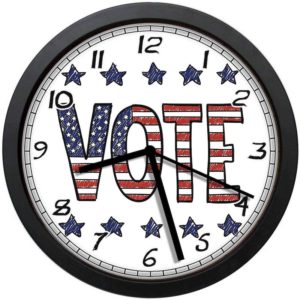 Everything we are witnessing with riots, with COVID, with masks, with the push for vaccines, etc., has everything to do with the 2020 Election.  The Dems will try to win by any means necessary.

The media is trying to hold down the fort with propaganda, but they are losing the war. They are attacking (CueAnon) because they know the movement is real but everything is backfiring.

If someone is in control, would they need to create riots, burn buildings, harm people or create other false flags?  No. This tells us the Deep State/Corrupt Politicians feel they are completely out of control and their clock is tick-tock-ticking. They know if they don’t gain control of the narrative and win the election, they are done!

Nancy Pelosi is in sheer panic mode. She accused Republicans, Trump, and you and I, of being domestic enemies of the United States and that the Constitution should be protected from all of us.  She also believes the enemies to our voting system is our President and his allies, which are you and I.

In the her video, her voice is shaky, and she sounds panicked. Leaders of a winning party don’t sound terrified, they don’t look terrified, but she was all of the above. Panic in D.C!

We believe Joe Biden is a stand-in candidate with someone else waiting in the shadows, waiting for the right time to take his place. We have wondered how the DS would trade him out. We have learned the DNC has decided to frequently test Joe and Kamala for COVID-19.

What would be the odds that Joe will get infected and will have to step down from the campaign most likely in September? The DNC’s plan is to push mail-in voting, push the new candidate and win, or create chaos, a delay in results and try to remove President Trump. Will this work? No!

The Patriots understand the DS’s playbook and have a game plan. When law and order are the rule, nothing formed against it can stand. We must vote out corruption! 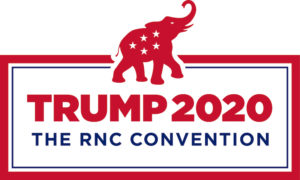 The Republican National Convention began this week and the media is panicked due to the fact that about 440,000 people tuned in to the RNC while only 78,000 tuned into the Democratic National Convention. Every time something significant was being talked about, the news cut away so the viewers could not see it. MSNBC cut away from a clip of governors praising President Trump for how he handled COVID-19.

Even though there are bad people in both parties, the American people are beginning to wake up and see all the lies, deception and bias coming from Congress and also the media. What would it be like to start fresh, with a new Congress and implementing term limits?

First, we would need to deal with the Central Banking System, drain the Swamp, put those who committed treason on a public trial so the country knows what has been going on. With President Trump committed to Law & Order, it is possible this may happen in his next term! When it does, there will be great rejoicing in the land!

All this chaos we see, was an infiltration from within. In order to move ahead with their plan, they needed to dis-arm the American people. Under the Obama Administration, the most mass shootings occurred. They were trying to push the UN Arms Treaty through the Senate so Obama could sign it and remove our right to bear arms. John Kerry introduced it but it never took off.

A Universal Background check is part of the UN Arms Treaty.  Under current law, commercial sales require the buyer to undergo a background check to buy a gun. If the results do not come back within 3 business days, the seller has the option of completing the sale but is not required to do so.

The Founding Fathers didn’t tell us what kind of gun we could possess, but rather said we could bear arms. So when Members of Congress tell us certain types of guns should be outlawed, they are actually the ones who are outlaws because they are usurping the U.S. Constitution which is our law of our land.

Paul Sperry tweeted out the following, “There ought to be laws whereby any lawmaker or politician who sponsors, co-sponsors votes for or signs further restrictions on the people’s 2nd Amendment right to bear arms shall lose their armed body guard or protective detail.”

The fear behind poll voting is not working, the pandemic is losing ground, the push to wear masks is failing due to people not buying into the fear-factor and people are finding ways around mandates keeping their businesses closed.

Take for example, Atilis gym. The governor of New Jersey continually tried to shut his business down. These people had to feed their families so the gym owner figured out a way to keep his business open. Here’s where it gets good!

The gym owner realized if he became a campaign office then he was deemed an essential business and could remain open.  Anyone who was in there for the campaign, could work out at the same time. He’s hoping to remain open until Nov. 3rd. Brilliant!

The New York Times keeps failing to include important information when they talk about the protests in Kenosha, WI.  They call them ‘peaceful protests,’ but is it a peaceful protest when the protesters light businesses on fire, or when they scream at the business owners and hit them in the head? No, they are rioters!

These rioters were looting and throwing things to destroy this little town, so police threw tear gas into the crowd. The media failed to mention damages the rioters had caused. They destroyed a school, a library, a car dealership and much more.

Propaganda fed by the media is destroying the minds of people but as the chaos becomes intolerable, people are beginning to understand they are being lied to.  When the media fails to include all the facts, they are lying to the people and when they do this, the media is truly considered the enemy of the people. Americans are fine with protesters but when it comes to rioters, there is zero tolerance.

Armed citizens are rising up against these thugs who appear to have been bussed in from who-knows-where?They are protecting businesses they have worked their whole lives to establish. This is what we have the U.S. Constitution for… to protect our ‘Life, Liberty and Pursuit of Happiness.’ 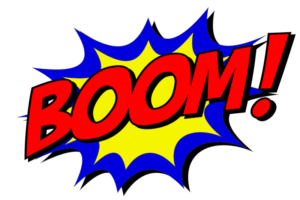