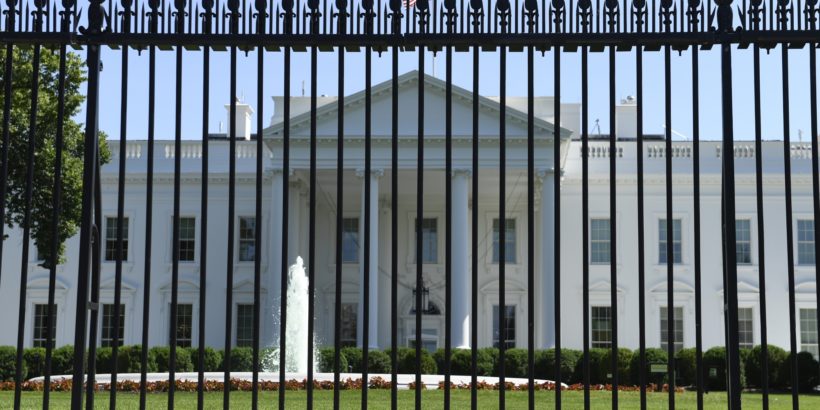 The White House was under a brief lockdown Friday night, as protests over Minneapolis man George Floyd’s death expanded nationwide.

Fox News and other members of the press were immediately moved inside as the White House went into lockdown. A dozen reporters were said to be inside the West Wing.

Floyd, a black man, died in police custody this week after a white officer pinned him down by pressing his knee into the back of Floyd’s neck while Floyd repeatedly said he couldn’t breathe. The officer, Derek Chauvin, was fired and on Friday charged with murder. Three other police officers were also fired but have not been charged.

Protests have broken out across the country. In Atlanta, demonstrators spray-painted and broke windows of CNN’s headquarters.

One protestor climbed up onto the CNN building and waived a “black lives matter” sign as hundreds of other protesters pelted police with bottles.

Police officers reportedly backed their lines away and ordered the protesters to leave, threatening arrest if they did not.

Several of the bottles thrown contained accelerate, and an American flag was lit on fire as protestors yelled at the police, “Quit your jobs.”

This is a developing story; check back for more details.

The Associated Press contributed to this story.